Europe’s Catholic bishops back archbishop blocked from returning to Belarus 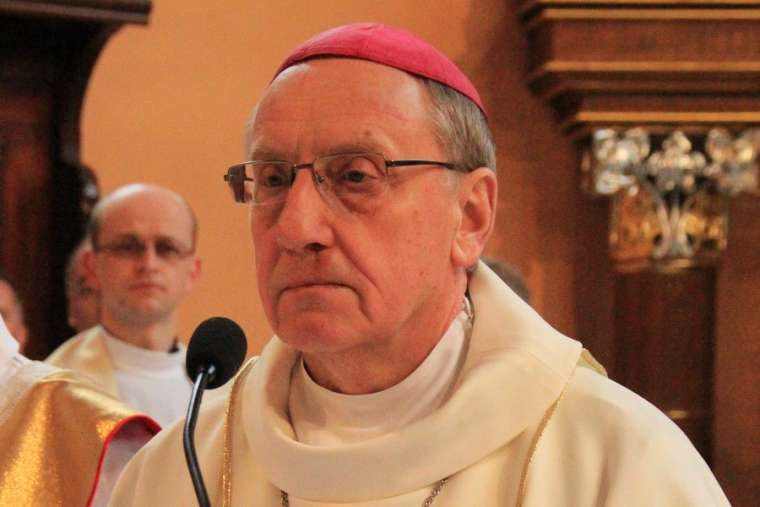 Europe’s Catholic bishops back archbishop blocked from returning to Belarus

Catholic bishops across Europe have expressed support for an archbishop who was refused entry to his homeland of Belarus.

In a Sept. 3 statement, the presidency of the Council of Bishops’ Conferences of Europe (CCEE) said it hoped that Archbishop Tadeusz Kondrusiewicz would be allowed to return home immediately.

“While ensuring their own prayers for the beloved pastor and for the whole Belarusian community, they hope for an immediate return home for the Archbishop of Minsk and a resumption of his episcopal ministry,” the statement on behalf of bishops from 45 European countries said.

The archbishop of Minsk-Mohilev was turned back by border guardswhen he attempted to return to Belarus Aug. 31 following a trip to Poland. He told CNASept. 1 that he was “very much surprised” and had demanded an official explanation.The incident occurred amid ongoing demonstrations in Belarus following a disputed presidential election Aug. 9. The incumbent, Alexander Lukashenko, claimed victory with 80% of the vote. His challenger, Sviatlana Tsikhanouskaya, was detained after she complained to the electoral committee, then fled to Lithuania.

The decision to stop Kondrusiewicz, a Belarusian citizen, from returning home has provoked international concern. Mike Pompeo, the U.S. Secretary of State, urged the Belarusian authorities Sept. 1 to readmit Kondrusiewicz to the country.

The archbishop had spoken out in defense of protesters following the election.

He demanded an investigationlast week into reports that riot police blocked the doors of a Catholic church in Minsk while clearing away protesters from a nearby square.He prayer outside of a prisonAug. 19 where detained protesters were reported to have been tortured.

He told CNA that he feared the country was heading towards civil war.

“The situation is very, very difficult, very critical,” he said.

Catholics in Belarus will hold a day of prayerSept. 7 for the archbishop’s swift return to the country.

The CCEE statement was issued by its secretariat in St. Gallen, Switzerland. The organization, which was officially established in 1971, has 39 members, comprising 33 bishops’ conferences, the Archbishops of Luxembourg, the Principality of Monaco, the Maronite archbishop of Cyprus, the bishop of Chi?in?u, Moldova, the eparchial bishop of Mukachevo, and the apostolic administrator of Estonia.

The group’s statement said: “The CCEE Presidency expresses the closeness of the entire European Episcopate to Msgr. Kondrusiewicz and to the Church in Belarus in this delicate matter and makes their own the appeal of Pope Francis ‘to dialogue, the rejection of violence and respect for justice and law.’ And, together with the Pope, entrust ‘all Belarusians to the protection of Our Lady, Queen of Peace.’”

The CCEE concluded by saying that Europe’s bishops “encourage everyone to commit themselves to peacefully resolve the conflict and to pursue, with confidence, the path of dialogue for the good of man and of society as a whole.”

The Unconventional Mission of ‘Sis...