Every Catholic Needs to Know About This Little-Known Eucharistic Doctrine 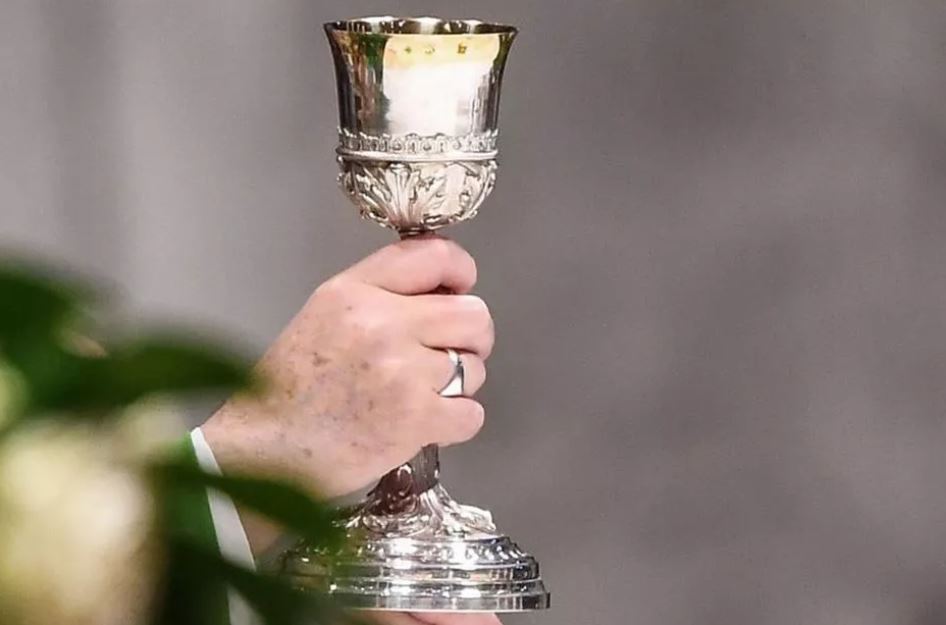 Every Catholic Needs to Know About This Little-Known Eucharistic Doctrine

“Concomitance,” as St. Thomas Aquinas explains it, means that “nothing is lost by the body being received by the people without the blood.”

This summer, I got to celebrate Holy Mass in the Brooklyn parish where I stay when I’m home from my assignment as the academic dean of the Pontifical North American College in Rome. It is always a joy to offer Mass for a parish community. For me, it is a homecoming.

This parish is a multi-ethnic one in my diocese with a pastor born in Pakistan, an Urdu Mass, growing Haitian and Hispanic communities, and many other people, most of them longtime residents of this area of Brooklyn. It has in many ways become a welcoming oasis for me, a true family, and a place of rest and prayer. Named after the Immaculate Heart of Mary, I feel her motherly protection and presence — never more so than this summer when I offered my own mother’s funeral Mass in this parish.

One of the things that the parishioners of this parish have told me over my many years of association with it is that they truly appreciate homilies that teach them about the faith. These are parishioners who tell me that they are yearning for content and catechesis. They have mentioned that, as much as they appreciate nice stories about nice people being nice to others (basically what Bishop Robert Barron has described as “beige Catholicism,” which is its own brand of Moralistic Therapeutic Deism), what they want most of all is to learn about the faith — its contents, its practices and tradition, and how best to live this faith out in the world today.

When I arrived back at the parish this summer, what I discovered was a whole new world — a world of masks, social distancing and hand sanitizers.

Gone were the processions and recessionals at the beginning and end of Mass. Gone were the pew hymnals and holy water. Gone, too, was the sign of peace during Mass. Perhaps what was most noticeable for me was the lack of lectors (a deacon, if he is present, does the readings; if not, the celebrant does so) and the lack of extraordinary ministers of Holy Communion to distribute the chalice to the faithful. At all Masses, only the priest celebrant drank from the chalice and he and he alone purified the chalice.

It has been my experience this past summer that few to none of the parishioners whom I encountered were wondering what happened to the distribution of the Most Precious Blood during this time. On a diocesan level and on a parish level, the rationale for not distributing the chalice was explained very well. However, what was interesting to me was that so few parishioners knew the doctrine of Eucharistic concomitance. Therefore, I decided to offer in the course of a homily a short explanation of it and I thought that I would share it with you.

TheDoctor Communis, Saint Thomas Aquinas, teaches (and this is a tenet of our faith): “Nothing is lost by the body being received by the people without the blood: because the priest both offers and receives the blood in the name of all, and the whole Christ is present under either species” (Summa Theologiae, III, q. 80, a. 12, ad 3).

TheCatechism of the Catholic Church(1390) states: “Since Christ is sacramentally present under each of the species, communion under the species of bread alone makes it possible to receive all the fruit of Eucharistic grace. For pastoral reasons this manner of receiving communion has been legitimately established as the most common form in the Latin rite. But “the sign of communion is more complete when given under both kinds, since in that form the sign of the Eucharistic meal appears more clearly.” This is the usual form of receiving communion in the Eastern rites.

The U.S. Bishops’ Conference’s document, “Norms for the Distribution and Reception of Holy Communion Under Both Kinds in the Dioceses of the United States of America,” reminds us:

It should never be construed, therefore, that Communion under the form of bread alone or Communion under the form of wine alone is somehow an incomplete act or that Christ is not fully present to the communicant. The Church’s unchanging teaching from the time of the Fathers through the ages—notably in the ecumenical councils of Lateran IV, Constance, Florence, Trent, and Vatican II — has witnessed to a constant unity of faith in the presence of Christ in both elements.

Even in the earliest days of the Church’s life, when Communion under both species was the norm, there were always instances when the Eucharist was received under only the form of bread or wine. … Thus, the Church has always taught the doctrine of concomitance, by which we know that under each species alone, the whole Christ is sacramentally present and we receive all the fruit of Eucharistic grace.

We pray for the end of the global pandemic and for the resumption of daily parochial activities and reverent liturgies. However, it might be good to remind ourselves that, even without the reception of Holy Communion to the faithful by the chalice, no one is missing out on any part of the Eucharist. Remember the doctrine of concomitance! 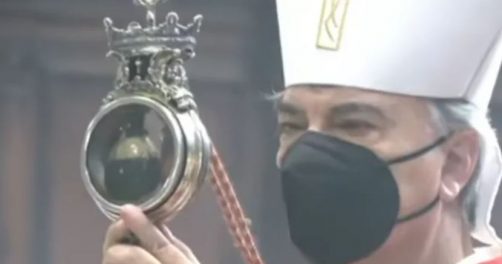 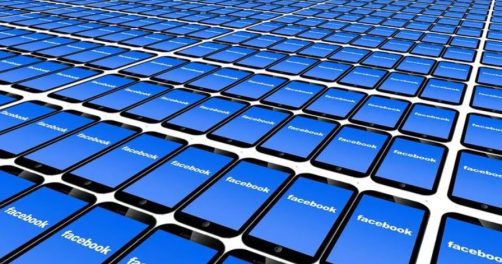 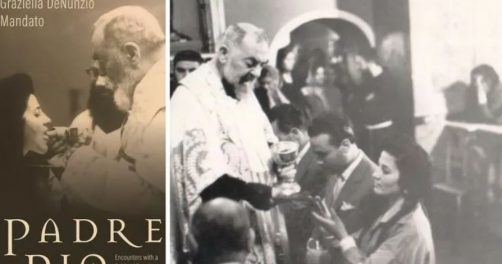 A New Pro-Life Saint? This Italian Mother Sacrificed Her Life for Her Unborn Baby