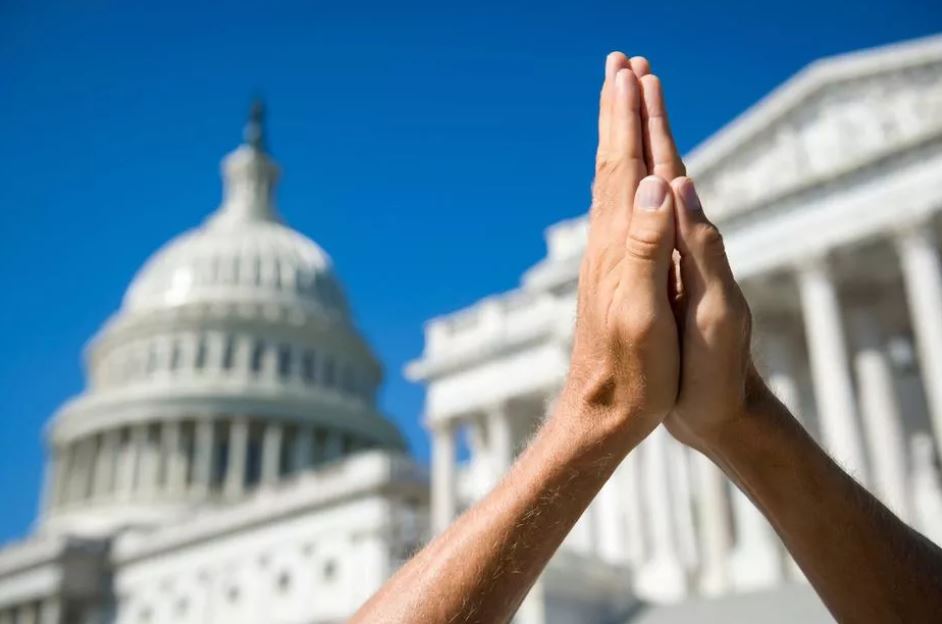 In this Aug. 27-Sept 1 survey, Catholics weigh in about of the impact of the coronavirus, drawing closer to God in the pandemic, attacks on churches, abortion and more.

With the U.S. presidential election now only weeks away, the latest EWTN News/RealClear Opinion Research poll on Catholic priorities in the 2020 election finds that Catholics who are likely voters say they have been profoundly impacted by the pandemic and that the issues of greatest concern are the economy and jobs, health care and coronavirus.

The vast majority of Catholic likely voters are also concerned about recent anti-religious actions and violence, including church desecrations and Bible burnings. The poll, which is the third of four surveys conducted since November 2019, revealed that most Catholics have been distressed at being unable to attend Mass during the pandemic, with most also saying that it is now safe to return to church.

In terms of the presidential election, thepoll— taken from Aug. 27 to Sept. 1 and completed before the death of Ruth Bader Ginsburg — found that Catholic likely voters overall prefer former Vice President Joe Biden to President Donald Trump. Biden has led Trump among overall Catholic voters in each of the previous EWTN News/RealClear polls. Trump also continues to enjoy majority support from Catholics in certain subgroups, such as those who set aside time to pray each day or attend Mass more than once a week.

“The most observant Roman Catholics still tend to support Donald Trump and the Republican Party, as do large majorities of white evangelical Protestants — and are among the most highly motivated voters,” said RealClearPolitics Washington bureau chief Carl M. Cannon. “But the question for the GOP is whether there are enough of these voters to make up the difference.”

Cannon also said that the latest survey reveals how the triple crucibles of coronavirus pandemic, the ensuing lockdown, and social unrest have crowded out other issues ranging from immigration to foreign policy. “Almost everything — education policy, the economy, religious freedom — is being viewed through the prism of these crises,” Cannon added. “This is the election story of 2020.”

They are not a monolithic group. More than half (52%) are women; nearly half (48%) are under the age of 45, including nearly a third under the age of 35; and even more remarkable, 41% are Hispanic. Some 72% attend Mass on a weekly basis or more; overall, only 35% of all Catholics attend Mass at least once a week. Among these devout Catholics, 92% pray at least weekly, 77% set aside time to pray, and 62% say the Rosary at least once a week, compared to 27% among all Catholics. And when it comes to foundational Church teaching, the active or devout Catholics are increasingly at odds with their fellow Catholics, to the point that there are virtually two Catholic communities in the country. This is obvious in the 2020 presidential election.

Catholics were also very concerned about anti-Catholic/anti-religious violence. By a seven-to-one margin (83% to 12%), the overwhelming majority of Catholic likely voters expressed concern about vandalism and attacks on churches. More than three-quarters of Catholics (78%), and an even greater number of those who attend Mass at least weekly (83%), expressed concern about the anti-Christian elements of the recent protests; only 11% disagreed.

And by more than three to one (74% to 21%), most said they were concerned about attacks on statues of Catholic heroes, including Christopher Columbus and St. Junípero Serra. By a similar margin (74% to 19%) respondents expressed concern both about protesters burning Bibles in Portland, Oregon, and about calls to tear down statues and artwork depicting Jesus as a “white European.”

By more than two to one (53% to 19%), a majority of respondents said that Catholics should do more to heal the racial divisions in America. That number grew to almost two-thirds of those attending Mass at least weekly (65%) with only 17% disagreeing.

At the same time, a majority of Catholics (59%-34%) are opposed to calls for the defunding of police, and a large majority of Catholics (81%) have a degree of trust in their local police departments to protect and serve them and their families, with 51% saying they trust them “a lot” and 30% saying “a little.” Less than two in 10 (18%) said “not much” or “not at all.”

In addition, the survey found that 76% of Catholics support substantial restrictions on abortion. This includes 82% of Catholics who go to Mass weekly.

A majority of respondents gave President Trump poor marks for his handling of the pandemic (57%), with 42% disagreeing.

Speaking of the wide impact of coronavirus on the election, John Della Volpe, director of polling for the Harvard University Institute of Politics who oversaw the polling for RealClear Opinion Research, said, “The issue lens that Catholics are using to choose a president has changed significantly since our first poll in November 2019. Coronavirus, the economy and health care are the primary concerns of Catholic voters as we enter the fall; meanwhile, the importance of immigration has dropped by double digits. Concerns related to religious freedom, abortion and the Supreme Court rank as less important factors for most Catholic voters at this late state of the campaign.”

Regarding the presidential election, Joe Biden continues to hold a substantial lead over Donald Trump among likely voters who identify as Catholic (53% to 41%). By contrast, the poll found that respondents voted for Hillary Clinton by a five-point margin (50% to 45%) in 2016.

And while Hispanics who identify as Catholics overall support Biden by a margin of more than two to one (63% to 31%), among those who go to Mass at least weekly, more than four in 10 support Trump (43%), while Biden gets support from 54%.

From Aug. 27 to Sept.1, RealClear Opinion Research conducted the poll of Catholics who are registered and say they plan to “definitely” vote in the November election in the United States. Pollsters contacted respondents online and offered the survey in both English and Spanish. The sample size of “Likely Voters” was N=1,212, with a credibility interval of +/-3.01% at the 95% confidence level. This survey is the third taken, following surveys conducted inFebruary of this yearand inNovember 2019.

The poll was taken before the passing of Ruth Bader Ginsburg. EWTN News will be releasing its fourth poll assessing the Catholic vote and reflecting these latest developments in the coming weeks.