EWTN Spain to launch on Feast of the Immaculate Conception 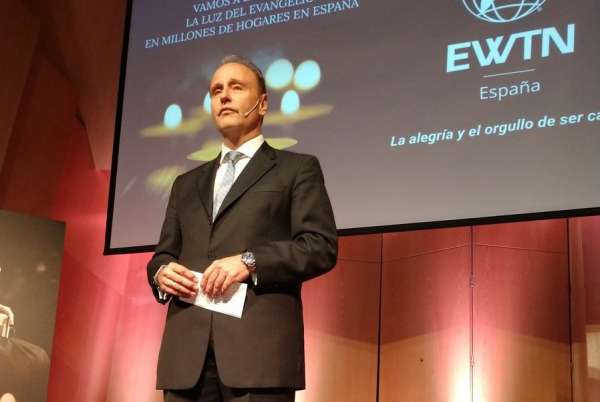 EWTN Spain to launch on Feast of the Immaculate Conception

CNA Staff, Dec 7, 2020 / 06:15 am (CNA).- A new EWTN channel in Spain will begin broadcasting television programs Dec. 8, the Solemnity of the Immaculate Conception.

The station’s president, José Carlos González-Hurtado, told ACI Prensa, CNA’s Spanish-language news partner, that the objective is to “reach every home in Spain” through the television channel, YouTube, website, and social media.

EWTN España broadcasts will begin from 9:00am to 1:00pm, “as began Mother Angelica, the founder of EWTN, beginning with several hours,” González-Hurtado said. The station plans to increase the hours it is on the air little by little over the coming months.

EWTN Spain is also available on the main digital platforms, and expects to reach “about seven million homes in Spain” through them, he said.

The arrival of EWTN Spain, González-Hurtado explained, responds to the need to “propose an alternative to all other channels” in the country because of the way much of the media tears down the family.

“We have seen time and again how the media make fun of those who believe in the transcendent, or laugh at Our Lord or the Virgin, when the majority of Spaniards would not accept that,” he stated. “We want to counteract this in Spain, a catholic country par excellence.”

González-Hurtado noted that “historically EWTN has the ability to change people’s lives. People who need to hear a message of hope, a message that God loves you, you personally.”

EWTN Spain will begin by broadcasting adapted and translated EWTN programming produced in the United States, before branching out into its own production.

“We will pray the Rosary, we will have adoration and Holy Mass every day, that is, everything that feeds the life of the Christian, but there will also be much more because it will be a program for the people of the parish and outside the parish. It will be a channel for everyone,” the president stressed.

González-Hurtado asked for prayers for those involved in this new EWTN project, because, he said, “there is currently no more important project for Spanish society than this. Because Spanish society is desperate to rediscover the pride and joy of being Catholic.”

EWTN Spain is supported by donations, he said. He asked people to spread the word about the channel, because “if we want to change lives it can only be done if they tune in to the channel.”

This story was originally published by CNA’s Spanish-language news partner, ACI Prensa. It was translated and adapted by CNA.