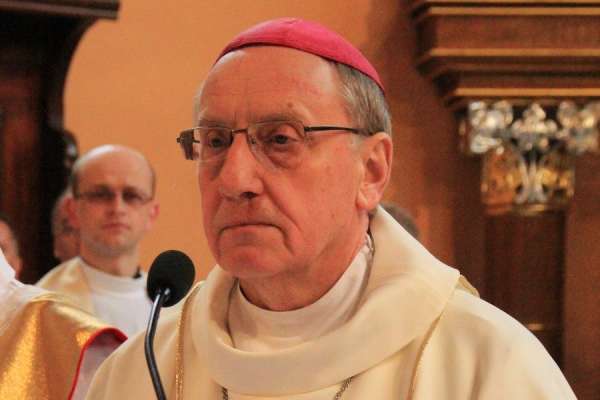 The website of the Catholic Church in Belarus reported Dec. 1 that the archbishop will lead the retreat at the Cathedral of the Holy Name of Mary in the capital, Minsk, from Dec. 3 to Dec. 6 “with the help of audiovisual media.”

It said that recordings of Kondrusiewicz’s reflections would be posted on the website.

Kondrusiewicz, the archbishop of Minsk-Mohilev and president of the Belarusian bishops’ conference, was turned back at the border Aug. 31 when he attempted to return home following a trip to Poland. The authorities later claimed that his passport was “invalid,” but invited him to appeal the decision.

He had spoken out in defense of protesters after they were targeted by police following an election in August in which the incumbent, Alexander Lukashenko, claimed victory with 80% of the vote.

The election result prompted mass demonstrations calling for the resignation of Lukashenko, who has ruled the country since 1994.

Kondrusiewicz demanded an investigation into reports that riot police blocked the doors of a Catholic church in the capital, Minsk, while clearing away protesters from a nearby square. Earlier he had prayed outside of a prison where detained protesters were reportedly tortured.

Protests are continuing in Belarus months after the disputed election. On Monday, hundreds of retirees rallied in Minsk calling for Lukashenko to step down, according to the Associated Press.

Kondrusiewicz issued a pastoral message for Advent on Nov. 22 in which he urged Catholics to consider the deeper spiritual reasons for the “unprecedented socio-political crisis” facing Belarus.

He wrote: “At the beginning of the New Year we make plans for a new time of our lives. A new liturgical year begins today. We therefore need to make our spiritual plans and ordinances to live according to the teachings of Jesus, whose birth we are going to celebrate.”