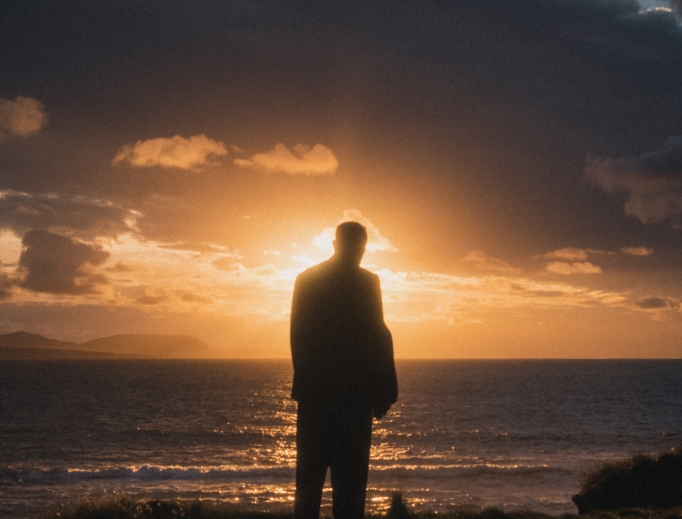 Preview ofPray: The Story of Patrick Peyton, which tells the story of the ‘Venerable’ media priest.

Pray: The Story of Patrick Peytonis a new film that captures the perpetual need to pray the Rosary.

Scheduled to be released in theaters on Oct. 9, a recent virtual screening highlighted the power of prayer.

Named “Best Documentary” in the 2019 God Country Family Christian Film Festival and awarded second place in the same category in the 2020 International Christian Film & Music Festival, this is no ordinary documentary in its visuals or outlook. It underlines Venerable Father Patrick Peyton’s time-honored message: “The family that prays together stays together.”

The review will be timed for the official opening in October, to coincide as closely as possible with the feast of Our Lady of the Rosary (Oct. 7). ButPray: The Story of Patrick Peytonis so good it deserves some prereview notice, along with a thought or two from a question-and-answer session that followed the screening last week.

The story unfolds in the film from the time Father Peyton was a boy in County Mayo, Ireland, to his leaving with his brother for America.

Working in Pennsylvania, Patrick rekindled his early wish to be a priest. But as ordination approached, while dying from tuberculosis and near despair, he took the advice of a priest and prayed fervently to Our Lady. The story of his miraculous cure at the hands of the Blessed Mother set the scene for the course of his life and ministry.

He entered the priesthood in the Congregation of the Holy Cross, and, with lots of hard work and prayer, he spread that message of family prayer and the Rosary — just as he promised Our Lady.

Superb surprises meet viewers at every step through the film. Relatives share their perspectives of their holy kinsman: a cousin, nephew, grandnieces and a nephew who is also a priest — named Father Pat Peyton!

Former pro baseball player Mike Sweeney and his wife, Shara, also share how much the Rosary and family prayer have meant to their marriage and family.

The film also flashes back to Father Peyton’s very first radio show, which aired on May 13, 1945, the 28th anniversary of the first Fatima apparition; it was also Mother’s Day that year — providential timing for a show with a plea for our heavenly Mother. Appearing on the Mutual Broadcasting System, which back then was the second-largest radio network, the program was an instant hit and remained on that station for more than 23 years.

Father Peyton thus became a media pioneer, eventually branching out into TV with a regular show. By 1947 he had founded Family Theater Productions,which is still going strong.

The priest’s impact includes modern Catholic media — EWTN even gets a shout-out in the film.

“We showed this film to Hollywood [people], evangelical groups and people with no faith. They loved the hopefulness. That’s why the film is ready to get out to the world,” said Holy Cross Father Father David Guffey, the film’s executive producer and national director of Family Theater Productions, during a short question-answer session directly after the screening.

When Father Peyton began his mission, he set a high goal for himself — to get 10 million people to pledge to pray together daily. After all his years of bringing that message around the world over the airwaves and TV waves and via public rallies in churches, dioceses and cities — in San Francisco, he drew nearly half a million people, the largest crowd ever seen in the City by the Bay — he multiplied his goal many times over.

“Our goal is to get 10 million people to pray together. The message is to champion family prayer,” producer and co-writer Megan Harrington explained during the question-answer session. A senior producer at Family Theater Productions, she was one of the producers ofUnplanned.

Father Peyton’s heartfelt way of delivering his prayerful message is brought out well in this film.

Father Guffey emphasized that the film depicts the power of prayer, “butPrayis more than a movie — it’s a prayer movement.”

Coinciding with the film will be the launch of “Pray Together Now,” a prayer campaign to encourage families to commit to praying together. There will be resources and kits available for parishes and families to help with that goal.

Harrington explained that, right now in 2020, due to the pandemic, the world is “seeing an explosion of prayer” shown “in homes, on the internet and through most modern innovations and media platforms, to reach isolated families. Father Peyton’s wish was to get millions of people praying the Rosary, and we would like to see that number double — I think with today’s social media, reaching more people in real time, we can make that number explode.”

As Father Peyton liked to say, “The Rosary is a chain that binds the family together.”

He also said: “The Rosary has saved the world in the past. It will save the world now, by saving the family.”

The film will be dubbed in Portuguese, Spanish and French for overseas distribution; after Christmas, it will appear on a digital platform and then eventually on DVD. The big first push right now is for theater showings, per COVID-19 regulations.