Fatima shrine increases charitable outreach even as donations fall by half 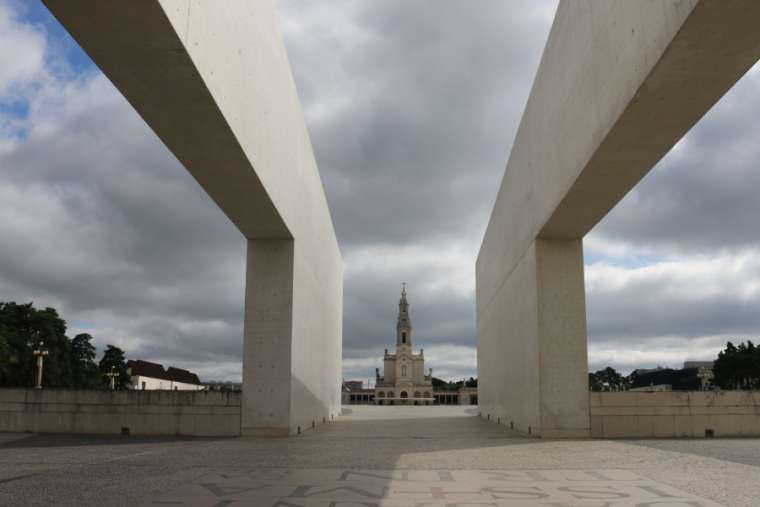 Fatima shrine increases charitable outreach even as donations fall by half

Rome Newsroom, Nov 18, 2020 / 02:00 pm (CNA).- In 2020, the Shrine of Our Lady of Fatima in Portugal has lost scores of pilgrims and, with them, large amounts of revenue, amid coronavirus travel restrictions which have kept foreigners away.

Spokeswoman Carmo Rodeia told CNA Nov. 18 that the low number of pilgrims has had “a profound impact on donations” to the shrine, with a drop of 47%.

The shrine has continued its liturgical celebrations throughout the pandemic, but was forced to close to pilgrims from mid-March to the end of May. Masses and rosaries at the shrine have been livestreamed.

In October, one of the Marian shrine’s two busiest months of the year, it was able to welcome 6,000 people with mask-wearing and enforced distancing in its central square. But it was still a much lower attendance than usual and included very few foreigners, Rodeia said.

In May, the shrine was forced to mark its May 13 anniversary of the 1917 Marian apparitions without the public for the first time in its history.

This month, measures against the spread of the coronavirus will tighten in Portugal, with a weekend curfew from 1 p.m. to 5 a.m., which Rodeia said meant that the shrine would only be able to offer morning Mass on Sunday, starting Nov. 22.

“This is the worst thing: we don’t have pilgrims,” she said, explaining that in 2019 the shrine had 6.2 million visitors. The shrine exists for pilgrims, she added, and “they are the most important reason to be open.”

Despite the loss in income, the pilgrimage site has not parted ways with any of its around 300 employees, Rodeia said, noting that the shrine has had to be creative with work duties and use “responsible administration” to keep everyone working.

Additionally, the Fatima shrine has increased its help to the local community, with its social assistance increasing 60% in 2020.

The shrine provides help to the town of Fatima and churches in need around the world, especially those dedicated to Our Lady of Fatima, the spokeswoman said.

She explained that the loss of pilgrims affected the whole community, since locals rely on visitors for their work and livelihoods. Many hotels and restaurants in the city of around 12,000 have closed, costing people their jobs.

People in need “come to the shrine and the shrine supports them,” Rodeia said.

In August 2023, the next World Youth Day is scheduled to take place in the Portuguese capital, Lisbon. With Fatima just under 80 miles away, there will likely be a large number of young Catholics who make a side trip to the Marian apparition site, giving the shrine and its community something to look forward to as it weathers the present crisis.