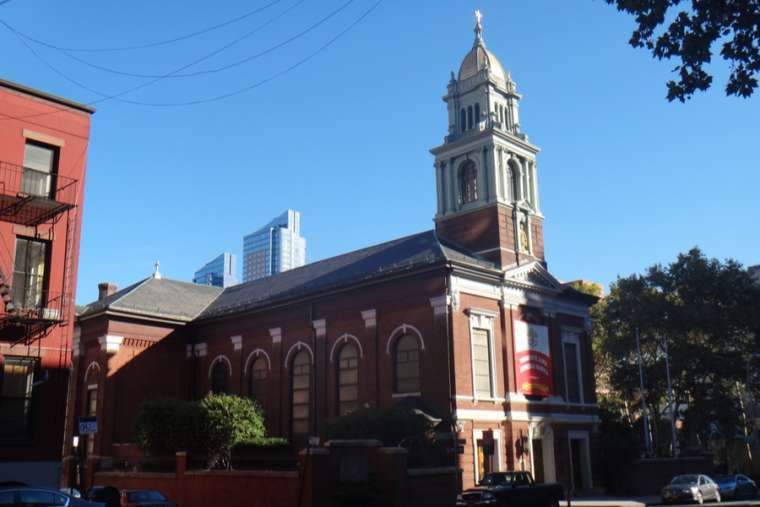 Two federal judges on Friday declined to block new restrictions on public worship in New York City, which both Catholic and Jewish leaders in the city had challenged in court.

The restrictions by Gov. Andrew Cuomo cap indoor religious services in Brooklyn and Queens at 10 people in the areas deemed most seriously affected by the coronavirus, and at 25 people depending on the density of virus cases or their proximity to a cluster. Gatherings in violation of the order could result in sponsors being fined $15,000.

The Diocese of Brooklyn sued Oct. 8 against Cuomo’s restrictions, which it said violated the Free Exercise clause of the First Amendment. A group of Jewish rabbis and synagogues had also sued, seeking to delay the new restrictions’ enforcement until after last weekend’s Sukkot celebrations.

The diocese alleged that Cuomo’s new health restrictions “arbitrarily reduce capacity” at churches which worked with public health officials earlier in the summer to reopen safely after the initial wave of the virus.

Bishop Nicholas DiMarzio of Brooklyn said Oct. 5 that Catholic churches in Brooklyn and Queens have not had “any COVID outbreaks or significant cases” since reopening July 5 at 25% capacity. The diocese has mandated face masks use and directed its over 200 churches to adhere to social distancing protocols.

Despite the diocese’ lawsuit, District Judge Eric Komitee ruled Oct. 9 that “the government is afforded wide latitude in managing the spread of deadly diseases” under Supreme Court precedent, and denied that the health order singled out houses of worship.

“There are entities treated better than religious institutions in the ‘red zone’ — namely, entities
deemed ‘Essential Businesses’ — but other entities treated more restrictively, such as restaurants and even schools, which are closed entirely (for in-person activities),” Komitee wrote.

Similarly, Judge Kiyo Matsumoto of the Federal District Court in Brooklyn ruled in the case brought by Jewish leaders that Cuomo’s order does not unconstitutionally target religious exercise.

Cuomo last week threatened to close religious institutions if they did not agree to and enforce public health rules proposed by the city, once the rules were enacted. Recent coronavirus outbreaks have taken place in Brooklyn, Queens, and the northern suburbs of New York City, and some of these areas have large Orthodox Jewish populations.

Cuomo has used photos of packed crowds of Orthodox Jews to argue for the restrictions. He said that failure to enforce existing laws had led to the renewed spike, and blamed localities for not enforcing social distancing rules and mask mandates.

“If you do not agree to enforce the rules, then we’ll close the institutions down. I am prepared to do that,” he said.

The Brooklyn diocese joined all other U.S. Catholic dioceses in halting public Masses in March to help slow the spread of the virus. The churches were closed for 16 weeks until July 5 when they were allowed by the state and city to reopen with precautions.

“We are seeking what is just. And we have kept parishioners safe and will continue to do so. Thus, there is no reason for this latest interference with our First Amendment right to celebrate Mass together, so we will continue to press the courts and our elected officials to end it as soon as possible,” Bishop DiMarzio said in an Oct. 10 statement.

Adding that the diocese will abide by the new restrictions, he said that “we will continue to fight to vindicate our fundamental constitutional rights, and we will continue to be a model for safety in our religious community. And by doing right and being right, we will prevail.”

Schools in parts of Rockland and Orange counties will close under the rules. On Oct. 5 Cuomo ordered schools in nine zip codes of Brooklyn and Queens to close. Although these zip codes represent 7% of New York City’s population, they have accounted for more than 20% of new coronavirus infections in the last four weeks.

Catholics schools in the Diocese of Brooklyn have asked Cuomo to permit its four schools in the areas to continue in-person learning. With a combined enrollment of over 1,000 students, they have had one confirmed case of Covid-19.

A federal judge ruled in June that New York cannot limit outdoor religious services during the pandemic, provided that attendees follow social distancing requirements. For indoor services, he said, the state has to make the same allowances for churches as it does for other businesses.

Critics of Columbus Day get histor...