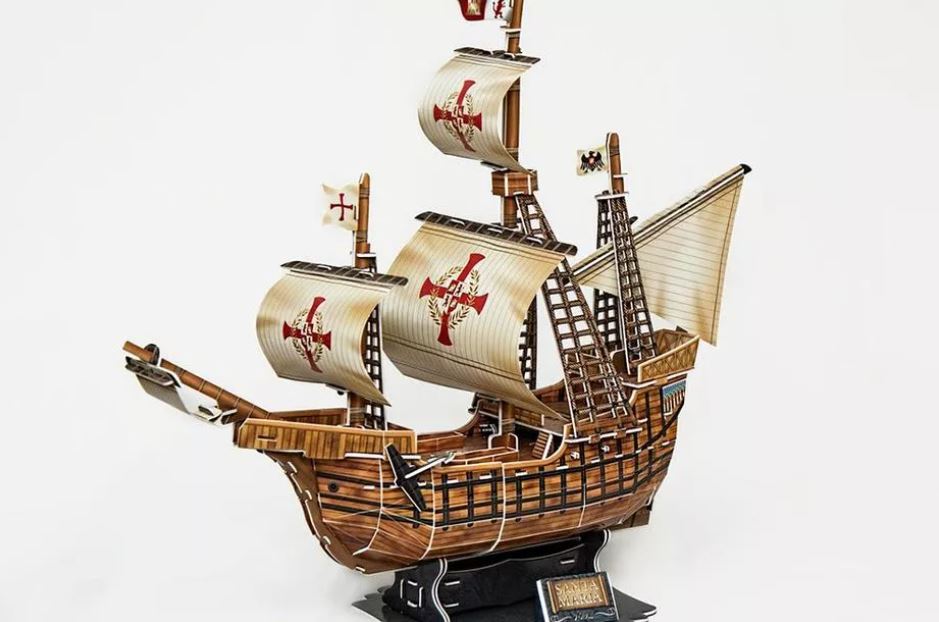 At a moment when even George Washington and Thomas Jefferson are under attack, it was inevitable that the current unrest would also engulf Christopher Columbus. His case is unique, though, because unlike the others, few people — least of all those who took turns stomping on his statues — know much about him.

One person who knew Columbus personally was the Dominican missionary Bartolomé de las Casas. He earned the name defensor de los indios (“defender of the Indians”) because of his passionate diatribes against exploiters of native peoples in the Americas. Las Casas did not spare Columbus from criticism, but he also defended him against those who blamed him for all the disorders and violence that followed the first contacts with Indigenous peoples.

The great explorer’s missteps, he said, were the result of ignorance and misjudgments about how to proceed: “Truly, I would not dare blame the admiral’s intentions for I knew him well and I knew his intentions were good.”

It’s good, then, to examine some of the contemporary charges against Columbus in order to assess him fairly.

Las Casas spoke of Columbus’ “sweetness and benignity.” Far from being a violent man, he often got into difficulties because he would be indulgent — toward natives and Spaniards — and would then take extreme measures against both when things got out of hand. He was a great navigator but a poor governor.

By his third voyage, he was cautioning Ferdinand and Isabella about who they were allowing to sail to the New World. He needed, he said, 60 missionaries to preach Christianity to arrogant and abusive Spaniards, and another 60 upstanding men to help him run the colony.

There was no “genocide” during these early voyages, though many natives died from unfamiliar diseases and clashes between two very different cultures. The Americas had been isolated from the rest of the world for millennia, which is why people here, though they had had their own plagues, were especially vulnerable to diseases from outside. Nonetheless, the Spaniards never intended to commit “genocide.” In even a cynical reading, a ready supply of native workers served Spanish interests.

Myth 3: He instituted the slave trade.

Columbus was not interested in the slave trade; his goal was to set up a trading post or, later, an agricultural colony on the island of Hispaniola, today’s Dominican Republic and Haiti. He did, however, take slaves as prisoners of war, or where he found violations of natural law, such as human sacrifice or cannibalism — the only reasons Spain permitted. Slavery was never the admiral’s intention, except as a — not very effective — way to maintain order in unprecedented circumstances.

Myth 4: He had only worldly interests.

People often claim that Columbus was motivated by “God, gold and glory,” but assume God was just a cover for worldly interests. In fact, his religious devotion was sincere. Among other things, we know from his writings that he felt that he had been given a role in spreading the Gospel to all nations, which had to happen before Christ could return. In later years, he often dressed as a Third Order Franciscan.

Myth 5: He did not accomplish anything extraordinary.

Many also claim that Columbus did not “discover” the New World. Those living here already knew where they were, the argument goes, and didn’t need to be discovered. This is a half-truth. Indigenous peoples, of course, knew their own lands. They did not know that they were part of a larger world.

One reason we especially honor Columbus is that he began the process toward the one interconnected world that we now inhabit. Vasco da Gama sailed around Africa and reached “the Indies” five years after Columbus arrived in the New World. But great as that feat was, he only found a new route to longknown lands. Columbus, by skill, imagination and sheer grit gave us the world.

Columbus is often dismissed today on other grounds — usually by people who have come to hate “Western civilization” and, frankly, traditional Christianity. They want to blame him for everything wrong on these shores since 1492. Following that logic, though, he deserves some credit — and gratitude — as well, for the many good things that also followed his discoveries.

Analysis: What we don’t know about...