‘Follow me:’ How John Paul II and Benedict XVI led a Catholic back to the faith 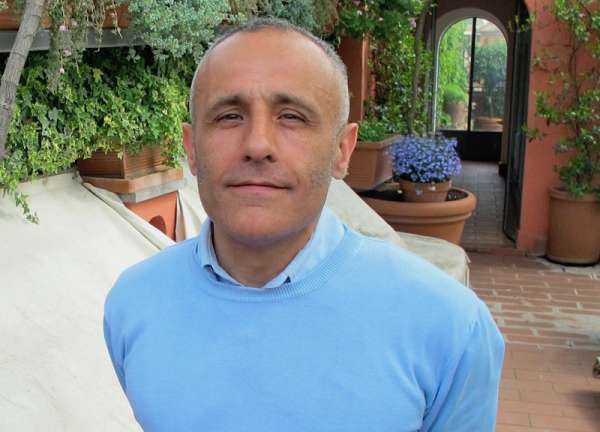 ‘Follow me:’ How John Paul II and Benedict XVI led a Catholic back to the faith

Angelo Ciappelloni heard those words while he stood in Rome’s Piazza del Popolo on April 8, 2005.

With hundreds of thousands of people in the Eternal City, and millions more around the world, he was watching the Requiem Mass of Pope John Paul II.

“‘Follow me’ – this lapidary saying of Christ can be taken as the key to understanding the message which comes to us from the life of our late beloved Pope John Paul II,” then-Cardinal Joseph Ratzinger said in his homily from St. Peter’s Square.

“I was so touched by the profundity and, at the same time, the simplicity of the words,” Ciappelloni said.

“And from there I started down the right path.”

In fact, Ciappelloni’s return to the Catholic faith had its beginning some days prior, on the day of St. John Paul II’s death, he told CNA.

At the beginning of 2005, Ciappelloni, then 47 years old, thought he was “missing nothing” in his life, from a material point of view, he said.

“I had work, a house, friends, loved ones… but nothing that gave me meaning.”

Like many Italians, Ciappelloni had grown up Catholic, but he had abandoned the sacraments and the faith. He had no disrespect for the Catholic Church, but the faith did not interest him, he explained.

“I was not participating in the life of the Church.”

“Among other things, I was also using light narcotics, and I was living a fun life, going out, dancing at clubs with friends, and living a libertine life from the sexual perspective,” he stated. “But I was not content, I was not happy. I did not feel peaceful, calm.”

And then, he said, Pope John Paul II fell ill. Ciappelloni was surprised to find himself paying attention.

“The illness of Pope John Paul II upset me greatly, because I was 20 years old when he became pope, and so he was, a little bit, the pope of my youth.”

“Living in Rome in the last period of his life and seeing on television that this pope was suffering moved me a lot.”

Then, the news came that the pope had died.

“When I heard the news, when they gave the news that he had died… I burst into tears,” Ciappelloni recounted, adding that his unexpected tears at the death of the pope touched him.

He said, “there was already something that was happening [inside of me].”

A salesman at a clothing store, Ciappelloni returned to his life and work. One evening that first week of April, he was riding his bicycle home from work, when he passed the Church of Santa Maria in Via Lata in the center of Rome.

Inside a group of religious sisters were holding Eucharistic adoration. “That evening, as I was passing the church, I felt the need to stop,” Ciappelloni recalled. “I locked up my bicycle, entered the church – it had been years since I had entered a church – I got on my knees because there was the Blessed Sacrament, and I burst into tears.”

“From one day to the next I changed my life.”

He said he returned to the sacrament of reconciliation, started going to Mass, and began praying, something he said he had not done for nearly four decades.

“It was something I could not resist, because even if I didn’t understand exactly what had happened, I understood that it was a good thing,” Ciappelloni said.

After visiting the body of John Paul II laid out in state in St. Peter’s Basilica, Ciappelloni saw a rare shooting star in the night sky. He said it felt like another sign to him.

“I can say with certainty that St. John Paul II practically took me, brought me, grabbed me by the hand and placed me in the arms of Christ and in the arms of the Church,” he reflected.

Then, at the funeral Mass, he heard Cardinal Ratzinger, the future Pope Benedict XVI, speak for the first time.

Soon after, he signed up for a three-year weekly theology course for lay people.

“Let’s say that if John Paul II brought me inside the Church, Pope Benedict XVI made me fall in love with the Word of God,” Ciappelloni explained. “He helped me a lot, because his teachings were clear, logical, with a coherence of life…simply living as a Christian, a Catholic.”

“And then with attendance at Church for some time, with Pope Francis I understood the mercy of God.”

Catholic Archbishop: ‘The Church i... 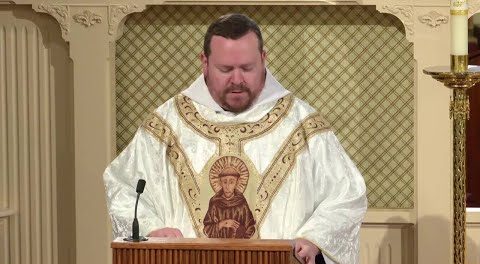