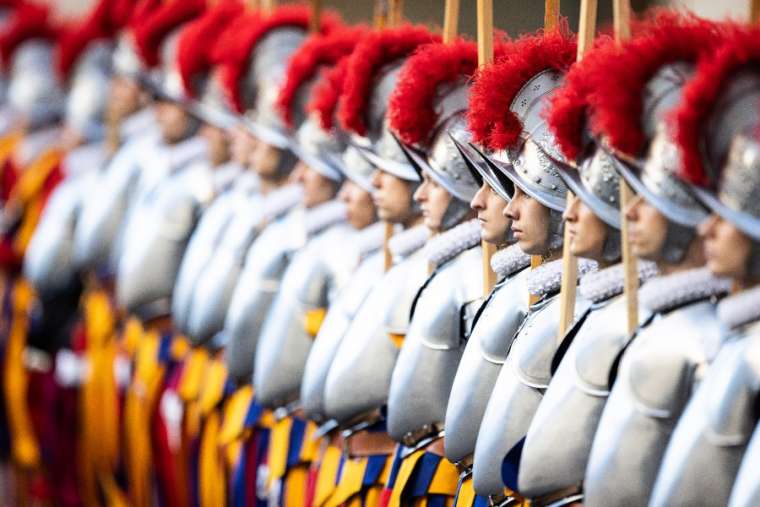 The Vatican confirmed Monday that four Swiss Guards have tested positive for the coronavirus.

Responding to journalists’ questions Oct. 12, Holy See press office director Matteo Bruni said that the four members of the world’s smallest but oldest standing army had been placed in isolation following positive tests at the weekend.

“In these hours, the necessary checks are being carried out among those who may have been in direct contact with them,” he said.

Citingnew measuresissued last week by the Governorate of Vatican City State, he explained that all guards would wear face masksboth indoors and outdoors, regardless of whether they were on duty. They would also observe all other rules intended to prevent the spread of COVID-19.

Bruni added that, in addition to the four members of the corps responsible for protecting the pope, three other residents orcitizens of Vatican City State tested positive for the virus.

All three people had mild symptoms and were isolating at home, he said.

Italy was one of Europe’s worst-hit countries during the first wave of the pandemic. More than 354,000 people have tested positive for COVID-19 and 36,166 have died in the countryas of Oct. 12, according to the Johns Hopkins Coronavirus Resource Center. The Italian government is preparing to introduce further restrictions following a new spike in cases.

Earlier this month, 38 new recruits to the Swiss Guards– known for their distinctive blue, red, orange, and yellow uniforms — were sworn in at a ceremony at the Vatican.

The ceremony usually takes place on or close to May 6, but due to the coronavirus restrictions in Italy at that time, it was moved to Oct. 4.

He told them: “The time you will spend here is a unique moment in your existence: may you live it with a spirit of brotherhood, helping one another to lead a life rich in meaning and joyfully Christian.”