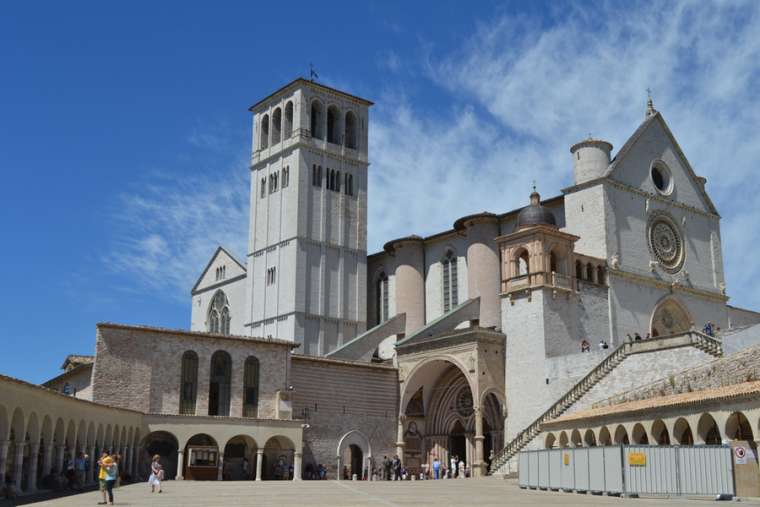 While Assisi was largely sheltered from a major coronavirus outbreak during Italy’s lockdown, ten Franciscan friars and eight novices at the landmark pilgrimage destination tested positive this week for COVID-19.

On Aug. 10, Fr. Enzo Fortunato, spokesman for the community at the Basilica of St. Francis of Assisi, said that all 18 men are in isolation and in good health.

The first to test positive were Franciscan novices who arrived in Italy last week from France and other European countries to begin the novitiate year of their vocation. Fr. Fortunato stated that these newly arrived novices have had no contact with visiting pilgrims to Assisi.

“While wishing them a speedy recovery, the friars of the community continue their commitment by praying and welcoming pilgrims and tourists,” Fr. Fortunato wrote on the Assisi basilica’s website Monday.

The Basilica of St. Francis of Assisi, which contains the tomb of St. Francis, reopened May 18 with additional safety measures, including a mask requirement.

The small town of Assisi has suffered economically from the loss of tourism. The city council reported that the number of tour busses arriving in the hilltown between March 7 and June 7 decreased by 2,751 compared to the previous year.

Several events are planned to take place in Assisi this fall, including the beatification of Carlo Acutis on October 10 and “The Economy of Francesco” international summit, which has been postponed to November 21.

Umbria, the region in which Assisi is located, had one of the lowest number of coronavirus cases in Italy with a total of 1,510 cases in 2020 compared with more than 10,000 in Tuscany and over 96,000 in Lombardy.

Throughout Italy this summer there have been concerns that European tourists could spread the coronavirus. Italy’s Health Minister Roberto Speranza also expressed concern over European contagion this week, after Italians tested positive for COVID-19 after returning from vacations in Croatia and Greece.

France reported 1,695 new daily cases on Aug. 5 leading many of its cities to implement a mask requirement for streets surrounding tourist destinations. Spain also saw a spike in new coronavirus cases and now has the highest number of total cases in Western Europe.