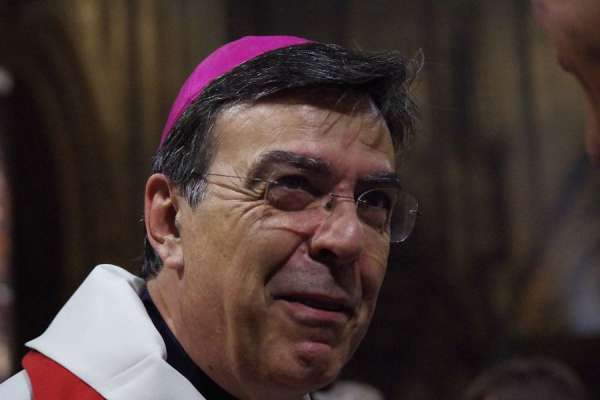 Rome Newsroom, Nov 27, 2020 / 01:00 pm (CNA).- The French bishops’ conference announced Friday that it would submit another appeal to the Council of State, calling a proposed 30-person limit on public Masses during Advent “unacceptable.”

In a statement issued Nov. 27, the bishops said that they “have a duty to ensure the freedom of worship in our country” and therefore would file another “référé liberté” with the Council of State regarding the latest government coronavirus restrictions on Mass attendance.

A “référé liberté” is an urgent administrative procedure that is filed as a petition to a judge for the protection of fundamental rights, in this case, the right to freedom of worship. The Council of State both advises and judges the French government on its compliance with the law.

French Catholics have been without public Masses since Nov. 2 due to France’s strict second lockdown. On Nov. 24, President Emmanuel Macron announced that public worship could resume Nov. 29 but would be limited to 30 people per church.

The announcement elicited a strong reaction from many Catholics, including several bishops.

“It is a totally stupid measure that contradicts common sense,” Archbishop Michel Aupetit of Paris said Nov. 25, according to the French newspaper Le Figaro.

The archbishop, who practiced medicine for more than 20 years, continued: “Thirty people in a small village church, we understand, but in Saint-Sulpice, it’s ridiculous! Two thousand parishioners come to certain parishes in Paris, and we’re going to stop at 31 … It’s ridiculous.”

Saint-Sulpice is the second largest Catholic church in Paris after the Cathedral of Notre-Dame de Paris.

A statement issued by Paris archdiocese Nov. 27 argued that the government measures could have “easily have allowed the resumption of Mass in public for all, while applying a rigorous health protocol and guaranteeing the protection and health of all.”

In addition to filing the “référé liberté,” a delegation of French bishops will also meet with the prime minister on Nov. 29. The delegation will include Archishop Éric de Moulins-Beaufort, president of the French bishops’ conference.

The French bishops’ initial appeal earlier this month was rejected by the Council of State on Nov. 7. But in response, the judge specified that churches would remain open and that Catholics would be able visit a church near their homes, regardless of distance, if they carried out the necessary paperwork. Priests would also be allowed to visit people in their homes and chaplains permitted to visit hospitals.

France has been hit hard by the coronavirus pandemic, with more than two million recorded cases and over 50,000 deaths as of Nov. 27, according to the Johns Hopkins Coronavirus Resource Center.

Following the Council of State’s decision, the bishops proposed a protocol of reopening public liturgies at a third of each church’s capacity, with increased social distancing.

The bishops’ conference statement asked French Catholics to abide by the government’s rules while the outcome of their legal challenge and negotiations are pending.

In recent weeks Catholics have taken to the streets in major cities across the country to protest against the public Mass ban, praying together outside their churches.

“May the use of the law help to calm the spirits. It is clear to all of us that the Mass cannot become a place of struggle … but remain a place of peace and communion. The first Sunday of Advent should turn us peacefully to the coming Christ,” the bishops’ statement said.

Patriarch of Venice calls for pray...

Advent Begins: Preparing for the G...