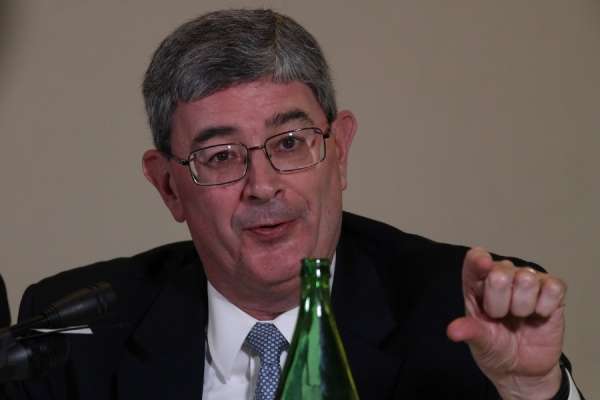 He encouraged them to stand firm amid societal pressures and recent controversy over comments from Pope Francis regarding same-sex civil unions.

“Brave men and women of ‘Courage,’ thank you for your witness. Please continue to take up the challenge that St. John Paul II issued on October 22, 1978: ‘Be not afraid! Open the doors to Christ!’” Weigel wrote in a Nov. 11 open letter published at First Things.

Courage offers resources to people experiencing same-sex attraction to help them live chaste lives according to Church teaching. Founded in 1980, the group today has more than 150 chapters in 18 countries.

“Your courage should inspire every Catholic to a similar fidelity, and to the mutual, prayerful support that helps sustain the integrity of love,” Weigel continued.

Weigel, who wrote the definitive biography of Pope St. John Paul II in 1999, noted that the “licentious” current culture can make living a chaste life difficult for anyone.

“Against fierce cultural and social pressures, you strive—with the help of grace, your pastors, and each other—to live the Catholic ethic of human love even as you experience same-sex attractions. Your efforts at fidelity bespeak deep faith, a powerful hope, and authentic love,” Weigel wrote.

Weigel’s letter was prompted by a recent controversy over a documentary film, “Francesco,” which features interviews with Pope Francis and includes a brief section in which, during a discussion of pastoral care of Catholics who identify as LGBT, the pope appears to offer support for civil union laws for same-sex couples.

The Vatican has since clarified that the pope’s comments do not pertain to Catholic doctrine regarding the nature of marriage, but to provisions of civil law in the specific context of a 2010 same-sex marriage bill in the Argentine legislature, which Pope Francis, who was then Archbishop of Buenos Aires, opposed. He had proposed the idea of civil unions as a compromise to avoid the legal redefinition of marriage.

Nevertheless, the pope’s remarks garnered praise from some Catholics who wish to see a change in the Church’s teaching on same-sex marriage, even though Pope Francis has frequently affirmed the doctrinal teaching of the Catholic Church that marriage is a lifelong partnership between one man and one woman.

Describing the pope’s comments as “cut-and-pasted by an agenda-driven filmmaker,” Weigel noted that informal remarks by a pope to a filmmaker do not constitute an expression of the papal teaching office.

Moreover, he noted that the Church’s teaching on what constitutes marriage “cannot change, because it is rooted in divine revelation and attested by reason.”

Weigel’s remarks echo those of Father Philip Bochanski, Courage’s director, who wrote a letter to the people of Courage on Oct. 22 in response to the pope’s remarks.

“[The] truth — that God has established a unique context for the total gift of self that is reflected in sexual intimacy — is rooted in the nature of the human person, in the revealed Word of God, and in the consistent teaching of the Church,” Bochanski wrote.

“That sexual relations are only morally good in the context of a permanent, faithful marriage between a man and a woman whose relations are open to having children is a teaching that cannot and will not be changed by anyone.”

Bochanski cited a 2003 document approved by Pope John Paul II and written by Cardinal Joseph Ratzinger, who later became Pope Benedict XVI, in which the Congregation for the Doctrine of the Faith taught that “respect for homosexual persons cannot lead in any way to approval of homosexual behaviour or to legal recognition of homosexual unions.”

Even if civil unions might be chosen by people other than same-sex couples, like siblings or committed friends, the CDF said that homosexual relationships would be “foreseen and approved by the law,” and that civil unions “would obscure certain basic moral values and cause a devaluation of the institution of marriage.”

“You members of Courage who make so many sacrifices as you strive for chastity, prayerful fellowship, and authentic friendship are a heroic witness to the world that a person doesn’t need to be in a sexual relationship in order to give and receive love that is sincere, loyal and fulfilling,” Bochanski wrote.

“I know that the media chatter over the last few days has left you feeling anxious, unseen and even rejected, but nothing could be farther from the reality. The teaching of the Church on these important matters is embodied and made clear in your daily lives. The Pope’s remarks about loving and protecting our brothers and sisters who experience same-sex attractions don’t detract from your sacrificial, heroic witness — they depend on it!”