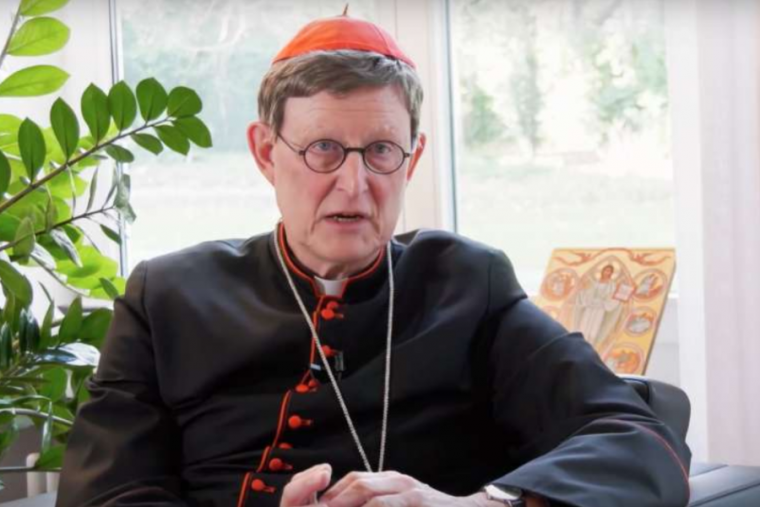 In an address to former students of Pope Emeritus Benedict XVI in Rome Sept. 26, Cardinal Rainer Maria Woelki said that the initiative’s drafttexts appeared to press for the ordination of women to the priesthood.

“The synod texts seem to want to prepare quite consciously for the consecration of women,” he said.

“If this should not succeed, new offices [for women] are to be created — not because one could cite concrete ‘needs.’”

The “Synodal Way” is a process bringing together German lay people and bishops to discuss four major topics: the way power is exercised in the Church; sexual morality; the priesthood; and the role of women.

When the German bishops launched the initiative, they initially said that the deliberations would be “binding” on the German Church, prompting aVatican intervention.

In his address,recordedby EWTN – Katholisches TV andreportedby CNA Deutsch, the archbishop of Cologne said that the push for female ordination seemed to be a response to the perception that the exclusion of women from ordained offices was “hurtful and unjust.”

“Certainly an answer must be found to this reality of life, but not against revelation,” he said.

He explained that the “reality of life” that had led to the “Synodal Way” in the first place was the damage to the Church’s credibility in the wake of the clerical sexual abuse scandals. But he said that the draft texts did not reflect this.

“If only a marginal paragraph is devoted to this problem [of damaged credibility], I cannot deny the suspicion that this reality of life seems to be only a vehicle to make long-cherished wishes come true,” he said.

Woelki hit the headlines in Germany earlier this month when he said that the worst outcome would be if the Synodal Way “leads to a split and thereby outside of the Church, out of communion with the universal Church.”

In a Sept. 17interviewwith the German Catholic news agency KNA, the cardinal said he feared that this would create “something like a German national church.”

His comments weredownplayedby Bishop Georg Bätzing, president of the German bishops’ conference, who insisted that the Church in Germany is “part of the Universal Church and nothing will change that.”

Woelki was one of the speakers at a symposiumbringing togetherthe Joseph Ratzinger/Benedict XVI Circles of Alumni (Schülerkreise) in Rome. The circles consist of an older group of former doctoral students of Joseph Ratzinger and newer members inspired by the retired pope’s theology.

Other speakersincludedCardinal Luis Ladaria, prefect of the Congregation for the Doctrine of the Faith, who wrote to Bätzing earlier monthexpressing alarmabout an appeal by German theologians for intercommunion between Catholics and Protestants.

In his address, Woelki made further criticisms of the “Synodal Way” process.

He said: “I also cannot deny a further suspicion, namely that it is the tradition and interpretative communion with the universal Church that is called into question here, rather than the concern of finding real answers that do justice to realities of life as well as to the truth of revelation.”

“I would therefore like to emphasize once again: I am willing to engage in a dialogue about the realities of life. I am not prepared to do so against the living tradition of the Church.”

He continued: “This distorts the Word of God. This makes dialogue with God impossible, which should lead us to our actual happiness and to true joy. This blocks the path to communion with Him, which makes us into the person we are truly supposed to be and yearn to be.”

Preaching and the Election: How No...