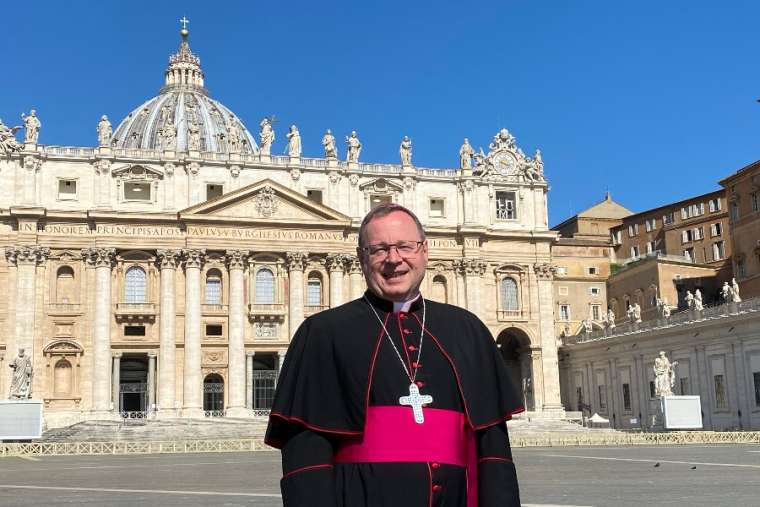 The president of the German bishops’ conference dismissed Friday suggestions that the controversial “Synodal Way” could lead to a split in the Church.

Bishop Georg Bätzing made the comment Sept. 18 after Cardinal Rainer Maria Woelki of Cologne said that the worst outcome would be if the process “leads to a split and thereby outside of the Church, out of communion with the universal Church.”

In a Sept. 17interviewwith the German Catholic news agency KNA, the cardinal said he feared that this would create “something like a German national church.”

He added that the best outcome would be “if we succeeded in initiating real reform, which is definitely necessary in the Church.”

But in an interview with the Bonner General-Anzeiger, Bätzing said that the Church in Germany is “part of the Universal Church and nothing will change that,”reportedCNA Deutsch, CNA’s German language news partner.

The “Synodal Way” is aprocess bringing together German lay people and bishops to discuss four major topics: the way power is exercised in the Church; sexual morality; the priesthood; and the role of women.

The first synodal assembly took place in Frankfurt at the end of January. Regional meetings were held Sept. 4, following a break due to the coronavirus pandemic.

When the German bishops launched the process, they initially said that the deliberations would be “binding” on the German Church, prompting aVatican intervention.

In June 2019, Pope Francis sent a28-page letterto German Catholics urging them to focus on evangelization in the face of a “growing erosion and deterioration of faith.”

Afterwards, he said: “I feel strengthened by the intensive exchange with the Holy Father to continue on the path we have taken. The pope appreciates this project, which he associates closely with the concept of ‘synodality’ which he coined.”

The audience took place the day after the German Church released figures showing that itlost a record number of membersin 2019.

Despite the exodus, the Church in Germany receivedmore money in church tax than ever beforelast year.

In Friday’s interview, Bätzing addressed the debate about church tax and its future, given the large number of German Catholics leaving the Church.

“What do we spend the money on? What are the resources with which we can effectively serve the preaching of the Gospel and catechesis? How many properties can we afford in the future and what is pastorally useful?” he asked.

Bätzing also ruled out moving the headquarters of the German bishops’ conference from Bonn, the former capital of West Germany, to Berlin, the capital since 1990, following the demise of East Germany.