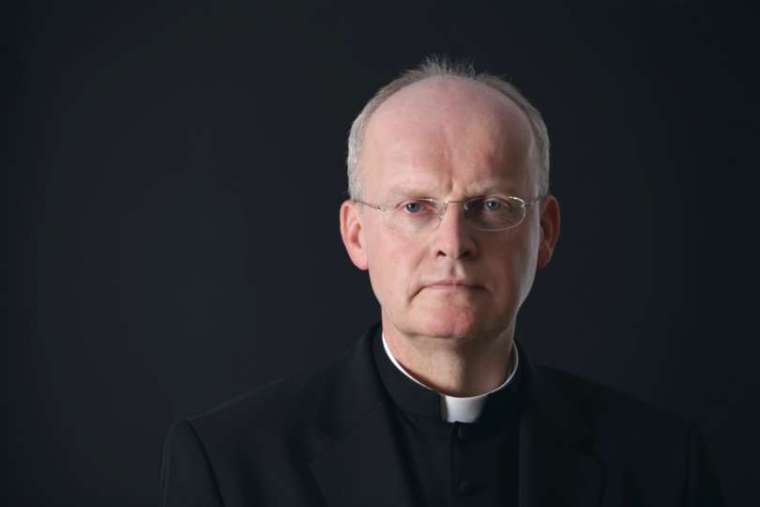 The military bishop of Germany says that U.S. soldiers should be held accountable to the International Criminal Court (ICC) for alleged war crimes. A Catholic University law professor said that while international cooperation for justice is important, the U.S. is not a signatory to the treaty that created the international court.

“The rule of law, and with it peace between peoples and nations, is at stake,” wrote Bishop Franz-Josef Overbeck of the Catholic Military Episcopal Office of Germany on July 30.

He called it “tragic and contrary to American tradition” that the U.S. has announced sanctions against ICC officials who have attempted to investigate members of the U.S. military and CIA for alleged war crimes committed in Afghanistan.

“If the U.S. succeeds in its attempt to hinder the International Criminal Court’s investigations in Afghanistan, it will provide Russia and China arguments for doing as they please in their areas of influence, for instance, in Hong Kong or with the Uyghurs, in Syria, Eastern Ukraine and on the Crimea,” he added.

In November 2017, the ICC first announced that it planned to investigate U.S. soldiers for alleged war crimes from the war in Afghanistan. In March, the court’s appeals chamber approved the investigation to go forward.

On June 11, U.S. Secretary of State Mike Pompeo announced economic sanctions against ICC officials involved with the investigation “and against others who materially support such officials’ activities.”

“The ICC cannot subject Americans to arrest, prosecution, and jail. The U.S. is not a party to the Rome Statute that created the ICC,” Pompeo said.

Antonio Perez, a law professor at the Catholic University of America’s Columbus School of Law, told CNA that in principle, the statement by Overbeck “articulates a view about the nature of international law that, in large respects, isn’t really inconsistent with the overall Catholic position,”

Enforcing justice to establish international peace is part of Church teaching, Perez said. For centuries, the Church has taught that “true international order requires justice,” and rejects the notion that it is “only the will of states that defines international law.”

But the U.S. is not a party to the Rome Statute, which binds party countries to the jurisdiction of the International Criminal Court.

While President Bill Clinton signed the treaty, he did not send it to the senate for ratification because of concerns about whether the court would function fairly. He recommended his successors not submit the agreement to the senate “until our fundamental concerns are satisfied.”

The court has been criticized as unjust because it lacks jury trials, and is sometimes said to defy conventions of procedure that have become standard in criminal trials. Some legal scholars say the court undermines Constitutional sovereignty, and that if the U.S. submitted cases to its authority, it would concede the ICC’s right to bring charges in other cases.

Normally under international law, a party is not bound by a treaty it is not party to, Perez said, but the ICC is now saying it can apply its statutes to the conduct of U.S. soldiers and CIA personnel in Afghanistan.

“That’s clearly something with which the United States disagrees,” Perez said, noting that many other countries disagree with that assertion of authority as well.

As a matter of practice, the U.S. has often declined to accept the authority of international tribunals, and has since 1984 not accepted the compulsory jurisdiction of the International Court of Justice, or World Court, an organ of the United Nations.

Regarding the application of Church teaching on international treaties to the present circumstances, the situation is more complex than Overbeck makes it out to be, Perez said.

“The Catholic position in practice in resolving particular international conflicts has been much more nuanced,” Perez said. It must be applied to each individual circumstance, he said, and does not offer one single “absolutist” answer.

“The tradition isn’t a system that gives you absolute answers in concrete cases. It’s much more complicated than that,” Perez said.

Thus, “if somebody gives you an absolutist answer, you should be careful with that.”

Furthermore, he said, Overbeck’s statement is the voice of one German bishop and not of the Holy See.

And while “not perfect,” the U.S. military has actually had an “extraordinary record” in prosecuting human rights violations—relative to other countries, Perez said.

However, President Trump’s recent decision to pardon Eddie Gallagher—a Navy SEAL convicted and sentenced by a military jury last summer of posing for a picture with the corpse of a dead ISIS militant—did not help its reputation on the world stage, Perez said.

Pardoning known war criminals after a military judgment “tends to undercut the U.S. position that we should have primary jurisdiction to prosecute our own soldiers,” he said.

For his part, Overbrook said that since the U.S. government claims “it is the responsibility of the U.S. judiciary to take action against U.S. soldiers,” it “must go ahead and do so.”

Neither the U.S. bishops’ conference nor the U.S. Archdiocese of Military Services responded to requests for comment from CNA.

What Christ’s Words on the Cross T...