German Synodal Path to Vote on Defining Fertility to Include ‘Same-Sex, Other Couples’ 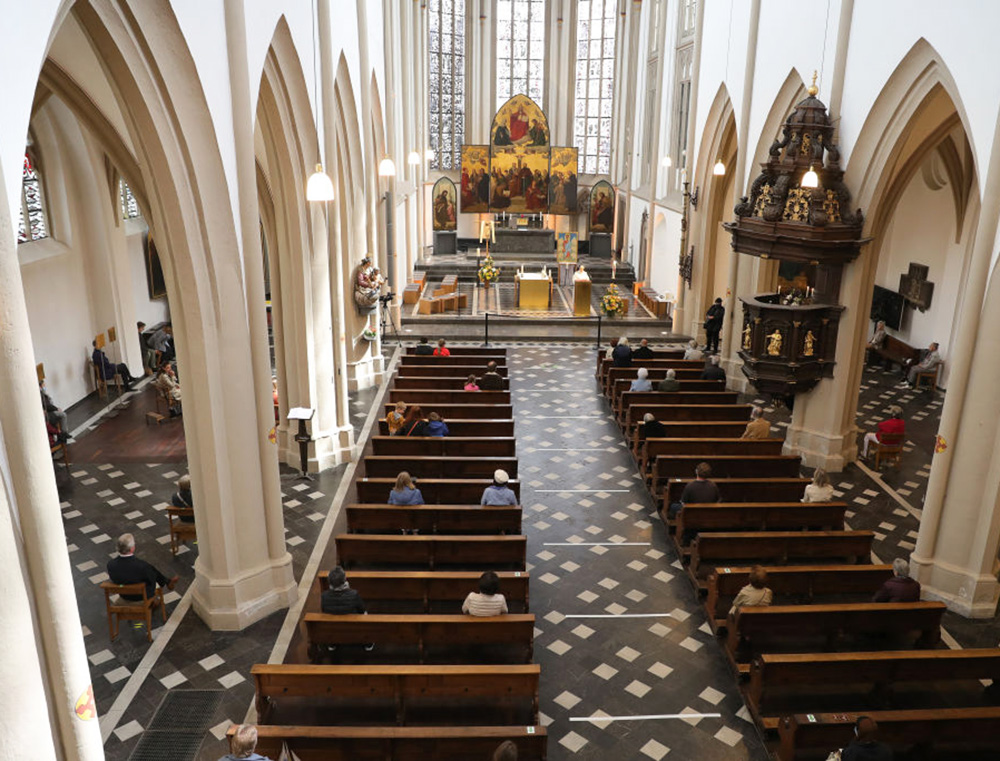 German Synodal Path to Vote on Defining Fertility to Include ‘Same-Sex, Other Couples’

The proposed text states, “Even same-sex couples and other couples who cannot give birth to a new life have the potential for a fertile life.”

Participants in the German Church’s Synodal Path will cast a series of votes on human sexuality and relationships tomorrow, including one proposition suggesting that same-sex couples “have the potential for a fertile life.”

According to a four-page working text for the synodal path’s forum on “Life in succeeding relationships: Living Love in Sexuality and Partnership,” Vote 3 states that “fertility is more than the ability to give birth to new life, which is only possible in the sexual union of a woman and a man.”

The vote, firsthighlightedbyLifeSiteNews,then goes on to propose broadening the concept of fertility “beyond the openness to new life,” and attributing “a social and personal dimension to the fertility of each person.”

“Even same-sex couples and other couples who cannot give birth to a new life have the potential for a fertile life,” the text of Vote 3 continues.

An alternative Vote 3, which can also be voted upon, is only marginally different, stating that “because couples have children, their biological fertility automatically has a social dimension. In this sense, couples without children can also become fertile in a social sense.”

The Catechism of the Catholic Churchstatesthat “sexuality is ordered to the conjugal love of man and woman” and refers only to “spouses” in the context of infertility. It also says that infertile married couples “should unite themselves with the Lord’s Cross, the source of all spiritual fecundity” and consider giving expression to their generosity through other ways.

The catechism also never refers to homosexual “couples” but rather condemns homosexual acts as “intrinsically disordered” and “contrary to the natural law” while urging acceptance of such persons “with respect, compassion, and sensitivity.”

Apart from a cursory and incomplete mention of man and woman in Vote 3, no reference is made in the four-page text to sexual relationships being limited solely and explicitly to a man and a woman in marriage.

Vote 8 states that marriage is “preferred” but adds that it is “not the only way to live love and sexuality in relationship.” Alternative Vote 8 simply states that “marriage” is the “place God intended for sexual relationships.” For each vote, participants can vote on the alternative proposition, although it is unlikely these will be passed.

In other votes, participants are to register their opinion on whether “openness to passing on life is not decisive for each individual act, but rather in the overall course of a binding and long-term partnership.”

Vote 4 stresses the “durability, fidelity, exclusiveness as well as amicability between responsible persons” in sexual relationships, but again without stating whether or not these are heterosexual and within marriage.

In Vote 9, the text states: “We acknowledge people’s different sexual orientations and gender identities, as well as their long-term, faithful and exclusive relationships as couples.”

The alternative vote states: “We advocate the unconditional recognition and acceptance of every person, regardless of their orientation, gender identity or concrete life and relationship situation. We regard all people as brothers and sisters and especially all baptized persons as natural members of the Church and look for ways of an appropriate and appreciative togetherness and accompaniment on the path of following Jesus.”

The document draws on the “law of graduality,” citingAmoris Laetitia,Pope Francis’ apostolic exhortation on the family, which it says underlines the need for “accompaniment” in “situations of distress.”

Much of this push to revise the Church’s sexual morality through the Synodal Path is believed to have derived from the thinking of the German theologian, Father Eberhard Schockenhoff, who died suddenly in July at age 67 after falling in his home.

A former assistant to Cardinal Walter Kasper at the University of Tübingen in the 1980s, Schockenhoff was a strong proponent of remarried divorcees receiving Holy Communion and was a key figure behind a 2015secretive one-day study meetingin Rome aimed at urging “pastoral innovations” at that year’s Synod on the Family.

Understood to be the “mastermind” behind much of the German Church’s challenge to sexual ethics, Father Schockenhoff also once praised the permanence and solidarity shown in some same-sex relationships as “ethically valuable” and called for moral theology to be “liberated from the natural law.” In March last year, hecalledfor a reform of the Church’s teaching on sexual morality.

Ahead of tomorrow’s vote and in an open letter published Sept. 2, Bishop Rudolf Voderholzer of Regensburgcriticizedthe draft text for the fourth forum, on “Women in Ministries and Offices in the Church,” saying it “lacks any theological level.”

The bishop, who has been among the most critical of the synodal path, said he was greatly surprised that the text read, “Jesus has disciples, he does not consecrate anyone” and wondered what was the point of such a statement. One might as well say that “Jesus does not baptize anyone or confirm anyone either,” he wrote.

Bishop Voderholzer said that such a statement ignores the institution of the sacraments, and backed up his arguments with scriptural references and a quotation from Pope Francis’ apostolic exhortationQuerida Amazonia.

“I hope that this is not an attempt to use one-sided, falsified biblical theology to steer the participants of the regional conferences in a certain direction, or to lull them into a false sense of security,” he wrote. “I have to admit that such behavior would make me very disappointed and perplexed. Which spirit would be behind this? Don’t we all want to be ‘co-workers of truth’ (3 John 8), especially in the deliberations of the Synodal Path?”

Bishop Voderholzer said he was also surprised that the text on the topic of women and ministries should include a biblical foundation when it had been agreed beforehand that such a basis should only be discussed in connection with the overall text. He said he had no say in this part of the text before it was drafted, and therefore protested “against this procedure.”

On Sept. 3, the president of the German bishops’ conference, Bishop Georg Bätzing of Limburg, said Bishop Voderholzer’s criticisms had been noted and would be discussed during the Synodal Path.

He stressed that all points of view must be heard in the Synodal Path, and the procedure must be completely transparent.

Due to the coronavirus, tomorrow’s meeting will take place simultaneously in regional conferences in five German cities rather than over three days in Frankfurt as had been planned.