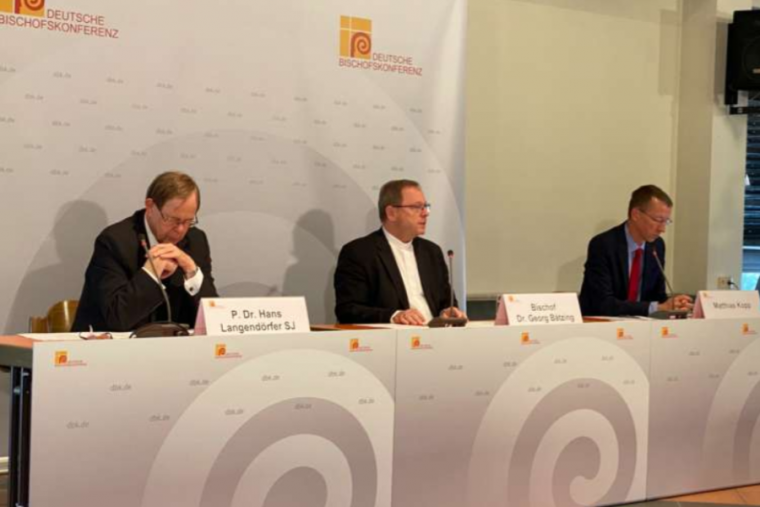 Germany’s Catholic bishops agreed this week to a uniform system for compensation payments to abuse survivors.

Bishop Georg Bätzing, president of the German bishops’ conference, announced the agreement Sept. 24 at the end of the bishops’ plenary meeting in Fulda, central Germany.

Under the new system, survivors of abuse by Church workers will be entitled to a one-off payment of up to 50,000 euros ($58,000) — a sum based on current court rulings.

The new arrangement will be binding on all 27 dioceses in Germany from Jan. 1, 2021.

Bätzing added that the amount paid to abuse survivors would be based on “judgments by state courts on compensation for pain and suffering in comparable cases.”

As these judgments vary, the bishops’ conference will “use the upper range of payment levels as a reference point.”

The amount of the one-off payment will be determined by an independent decision-making body. In addition, those affected can be reimbursed for the costs of therapy and couple counseling, as is already the case.

The independent committee will consist of seven people with expertise in medicine, education, psychology, and law. Members cannot be employees of the Church, to ensure greater independence.

A report, commissioned by the German bishops in 2014 but officially released in 2018,concludedthat German clergy had abused thousands of children between 1946 and 2014. The report recorded allegations against 1,670 German clerics, involving 3,677 alleged victims.

What does it mean for Becciu to lo...