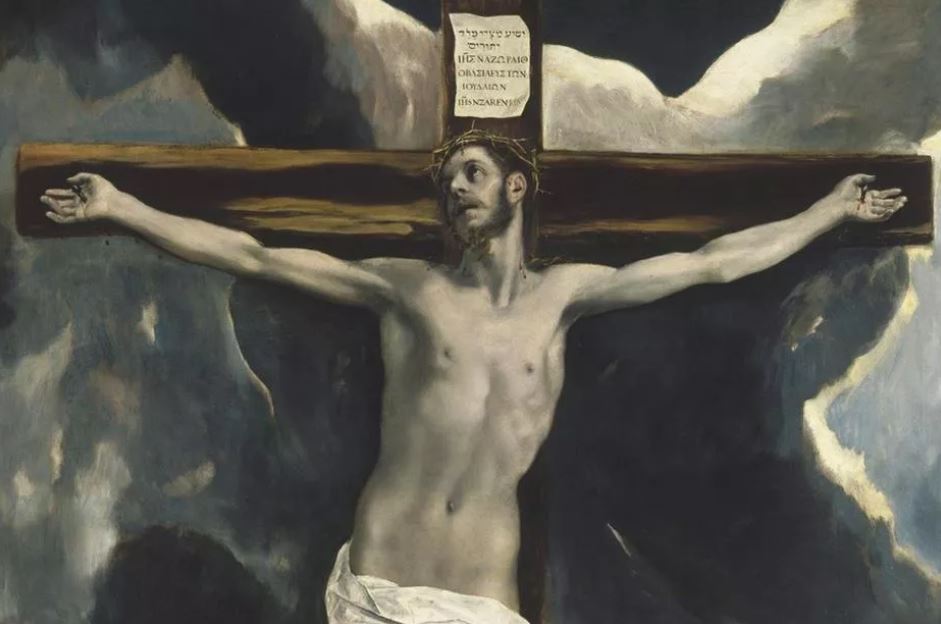 You and I are the undeserving recipients of a two-fold gift — nature and grace.

What is the basic human condition? On what terms are we, as creatures, constrained to live? It is not rocket science, by the way, concerning which only the learned and the clever need apply. It is a question for everyone. And the answer is obvious. We are, all of us, mere mendicants, our status on planet earth no higher than that of a pauper. Old Plato was surely right. Each of us is a child of poverty, of sheer privation, in need therefore of all that we do not have. We do not possess the being — theis-ing— we exercise. And so, with arms outstretched, we await that which we’ve no right to receive.

But just suppose, against all odds, that there were suddenly to fall out of the sky a gift no greater than which we could possibly imagine, and that it should all at once land square in the center of every lap. A two-fold gift, actually, the first installment of which consisting of being given in being, and then, that gift having fallen into shipwreck, being forgiven in grace. Might there be a name for what just happened?

Why not call it Christianity? The story of the All-Powerful God who makes a world, filling it with impossible people like you and me, then re-makes it when we’ve pretty much reduced it all to a heap of rubble. What a strange God he must be. That for all his vaunted omnipotence, he would nevertheless permit himself to be outflanked by his creatures, utterly disarmed by beings so inconsequential that they add nothing to his power or majesty, even as they must surely add to the sum of his grief. How does one get a handle on that? The perfection of Love, no less, falling headlong in love with creatures none of whom are very lovable nor inclined to be loving? How staggering a mystery is that!

What can this mean? Only that if you and I are the recipient of a two-fold gift — that of nature and grace — to which we have no prior claim, indeed, we remain wholly undeserving of either, then the Good News of Christianity must be, well, too good almost to be true.

“When we say, ‘It is Christmas,’ writes Karl Rahner, “we mean that God has spoken into the world his last, his deepest, his most beautiful word in the Incarnate Word, a word that can no longer be revoked because it is God’s definitive deed, because it is God Himself in the world. And this word means: I love you, you, the world and human beings.”

The God whom the Scriptures reveal to us on every page, is determined on a relationship of sheer unimaginable intimacy, so much so that he simply will not leave us alone, will not abandon us to our own devices and desires. He is not indifferent to us, in other words, evincing mere benign neglect. He is not at all like the “senile benevolence,” of which C.S. Lewis speaks, “whose desire for the universe was simply that it might truly be said at the end of each day, ‘a good time was had by all.’” Or the rich and remote uncle who throws money at us because he really can’t bear to be with us. That sort of love is completely counterfeit, no more than a mask behind which looms an indifference positively lethal. Christ’s love is not at all like that. It aims at every turn to promote the total good of the beloved. And while he has often chided and condemned us for our sins, “he has never regarded us with contempt,” says Lewis. He has paid us the intolerable compliment of loving us, in the deepest, most tragic, most inexorable sense.

Our God remains, declares Dante, “a lord of terrible aspect,” as well he must be if he is to move the heavens, the stars, and the hearts of men. He has therefore an aim or purpose in mind for us, some shaping process whereby we are to become ever more configured to himself. It is as though being made in his image were not enough; we must be formed into his very likeness as well. Isn’t this how God sets about loving those whom he first made? In order to promote their very best good? “We are,” writes Lewis, “not metaphorically, but in very truth, a Divine work of art, something that God is making, and therefore something with which he will not be satisfied until it has a certain character. Here again we come up against what I have called the ‘intolerable compliment.’”

God takes with such total seriousness the freedom he gives us, that even if we were to spit in his eye and take ourselves straight to hell, he would not impede our going there, though it must surely break his heart. “It is natural for us to wish that God had designed us for a less glorious and less arduous destiny; but then we are wishing not for more love but for less.”

And the upshot to all this? That God, while he will never stop loving us — either by making us be, or by re-making the being we’ve botched — will yet refuse credit to the sin and corruption we commit. That is because such things, never mind how many often we do them, cannot ever become other than what they are, which is evil, the dark shadow that refuses to love or to be loved.