‘Go to Joseph’: What popes from Pius IX to Francis have said about St. Joseph 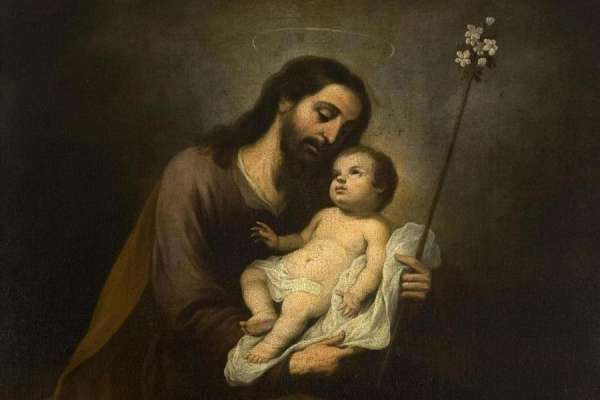 ‘Go to Joseph’: What popes from Pius IX to Francis have said about St. Joseph

Rome Newsroom, Dec 9, 2020 / 02:00 pm (CNA).- Pope Francis has proclaimed that the Church will honor St. Joseph in a particular way over the course of the next year.

The pope’s announcement of a Year of St. Joseph purposely coincided with the 150th anniversary of the saint’s proclamation as patron of the Universal Church by Pope Pius IX on Dec. 8, 1870.

“Jesus Christ our Lord … whom countless kings and prophets had desired to see, Joseph not only saw but conversed with, and embraced in paternal affection, and kissed. He most diligently reared Him whom the faithful were to receive as the bread that came down from heaven whereby they might obtain eternal life,” the proclamation, “Quemadmodum Deus,” stated.

“Joseph became the guardian, the administrator, and the legal defender of the divine house whose chief he was,” Leo XIII wrote in the encyclical published in 1889.

“Now the divine house which Joseph ruled with the authority of a father, contained within its limits the scarce-born Church,” he added.

Leo XIII presented St. Joseph as a model at a time when the world and the Church were wrestling with the challenges posed by modernity. A few years later, the pope went on to publish “Rerum novarum,” an encyclical on capital and labor which outlined principles to ensure the dignity of laborers.

In the past 150 years, nearly every pope has taken steps to further devotion to St. Joseph in the Church and to use the humble father and carpenter as a witness for the modern world.

“If you want to be close to Christ, I repeat to you ‘Ite ad Ioseph’: Go to Joseph!” said Ven. Pius XII in 1955 as he instituted the feast of St. Joseph the Worker, to be celebrated on May 1.

The new feast was intentionally placed on the calendar to counter communist May Day rallies. But this was not the first time that the Church had presented St. Joseph’s example as an alternative path toward workers’ dignity.

In 1889, the International Socialist Conference instituted May 1 as a holiday for labor in remembrance of Chicago’s “Haymarket affair” labor protests. In that same year, Leo XIII warned the poor against the false promises of “seditious men,” calling them to turn instead to St. Joseph, with a reminder that mother Church “each day takes an increasing compassion on their lot.”

According to the pontiff, the witness of St. Joseph’s life taught the rich “what are the goods most to be desired,” while workers could claim St. Joseph’s recourse as their “special right, and his example is for their particular imitation.”

“It is, then, true that the condition of the lowly has nothing shameful in it, and the work of the laborer is not only not dishonoring, but can, if virtue be joined to it, be singularly ennobled,” wrote Leo XIII in “Quamquam pluries.”

In 1920, Benedict XV prayerfully offered St. Joseph as the “special guide” and “heavenly patron” of laborers “to keep them immune from the contagion of socialism, the bitter enemy of Christian principles.”

And, in the 1937 encyclical on atheistic communism, “Divini Redemptoris,” Pius XI placed “the vast campaign of the Church against world Communism under the standard of St. Joseph, her mighty Protector.”

“He belongs to the working-class, and he bore the burdens of poverty for himself and the Holy Family, whose tender and vigilant head he was. To him was entrusted the Divine Child when Herod loosed his assassins against Him,” Pope XI continued. “He won for himself the title of ‘The Just,’ serving thus as a living model of that Christian justice which should reign in social life.

Yet, despite the 20th century Church’s emphasis on St. Joseph the Worker, Joseph’s life was not defined solely by his work, but also by his vocation to fatherhood.

“For St. Joseph, life with Jesus was a continuous discovery of his own vocation as a father,” wrote St. John Paul II in his 2004 book “Rise, Let Let Us Be On Our Way.”

He continued: “Jesus Himself, as a man, experienced the fatherhood of God through the father-son relationship with St. Joseph. This filial encounter with Joseph then fed into Our Lord’s revelation of the paternal name of God. What a profound mystery!”

John Paul II saw firsthand communist attempts to weaken the family unit and undermine parental authority in Poland. He said that he looked to St. Joseph’s fatherhood as a model for his own priestly fatherhood.

In 1989 — 100 years after Leo XIII’s encyclical — St. John Paul II wrote “Redemptoris custos,” an apostolic exhortation on the person and mission of St. Joseph in the life of Christ and of the Church.

In his announcement of the Year of St. Joseph, Pope Francis released a letter, “Patris corde” (“With a father’s heart”), explaining that he wanted to share some “personal reflections” on the spouse of the Blessed Virgin Mary.

“My desire to do so increased during these months of pandemic,” he said, noting that many people had made hidden sacrifices during the crisis in order to protect others.

“Each of us can discover in Joseph — the man who goes unnoticed, a daily, discreet and hidden presence — an intercessor, a support and a guide in times of trouble,” he wrote.

“St. Joseph reminds us that those who appear hidden or in the shadows can play an incomparable role in the history of salvation.”

The Year of St. Joseph provides the opportunity for Catholics to receive a plenary indulgence by reciting any approved prayer or act of piety in honor of St. Joseph, especially on March 19, the saint’s solemnity, and May 1, the Feast of St. Joseph the Worker.

For an approved prayer, one can use the Litany of St. Joseph, which Pope St. Pius X approved for public use in 1909.

Pope Leo XIII also asked that the following prayer to St. Joseph be said at the end of the rosary in his encyclical on St. Joseph:

“To thee, O blessed Joseph, we have recourse in our affliction, and having implored the help of thy thrice holy Spouse, we now, with hearts filled with confidence, earnestly beg thee also to take us under thy protection. By that charity wherewith thou wert united to the Immaculate Virgin Mother of God, and by that fatherly love with which thou didst cherish the Child Jesus, we beseech thee and we humbly pray that thou wilt look down with gracious eye upon that inheritance which Jesus Christ purchased by His blood, and wilt succor us in our need by thy power and strength.”

“Defend, O most watchful guardian of the Holy Family, the chosen off-spring of Jesus Christ. Keep from us, O most loving Father, all blight of error and corruption. Aid us from on high, most valiant defender, in this conflict with the powers of darkness. And even as of old thou didst rescue the Child Jesus from the peril of His life, so now defend God’s Holy Church from the snares of the enemy and from all adversity. Shield us ever under thy patronage, that, following thine example and strengthened by thy help, we may live a holy life, die a happy death, and attain to everlasting bliss in Heaven. Amen.”

5 Beautiful Ways I Learned How to...