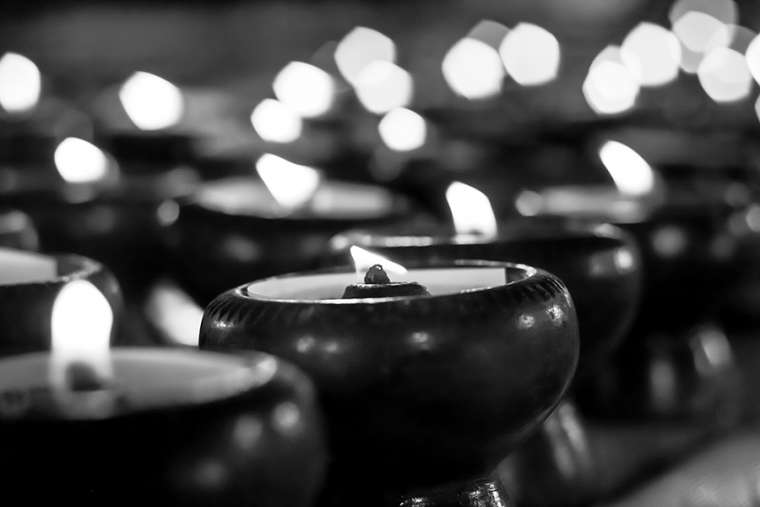 “In 2018, the global median level of government restrictions on religion – that is, laws, policies and actions by officials that impinge on religious beliefs and practices – continued to climb, reaching an all-time high since Pew Research Center began tracking these trends in 2007,” Pew said Nov. 10. While the rise from 2017 was “relatively modest,” it continues the “substantial rise” in restrictions.

To track trends in religion, the Pew Research Center has created a Government Restrictions Index, a 10-point scale using 20 indicators. It has also created an index of social hostilities. While the coronavirus epidemic has prompted a wave of debate about restrictions on religious gatherings, Pew’s latest report concerns the year 2018.

According to Pew’s analysis, the Middle East and North Africa region still had the highest median level of government restrictions on religion, 6.2, up from 6.0 in 2017. Eighteen countries, which make up 90% of the region, have high or very high levels of restrictions.

However, Asia and the Pacific had the largest increase in government restrictions. For example, 31 countries in the Asia-Pacific region witnessed government use of force related to religion, an increase from 26 countries in 2017.

Incidents in the Asia-Pacific region included Armenia’s reported detention of a member of the Baha’i faith on the basis of religion. In the Philippines, three United Methodist missionaries were forced to leave the country or faced problems renewing their visas after they sought to investigate human rights violations. In Burma, now known as Myanmar, over 14,500 Rohingya Muslims fled to Pakistan to escape state-sponsored abuses, and another 4,500 were confined in a border region and harassed by officials who wanted them to leave for Bangladesh. In Uzbekistan, at least 1,500 Muslims continue to be imprisoned on charges of extremism or membership in banned groups.

China ranked the worst on Pew’s index of government restrictions on religion, 9.3 out of 10. Its restrictions include banning religious groups like Falun Gong and several Christian groups. It bars some religious practices, raids places of worship and detains and tortures people. It has continued a detention campaign against Uighurs in its Xinjiang province, with at least 800,000 people detained. The U.S. State Department has said the detention facilities are “designed to erase religious and ethnic identities.”

Tajikistan now ranks 7.9 on the government restrictions index, with legal changes increasing control over religion in 2018. Religious education faces stricter rules and religious groups must report activities to authorities. The appointment of imams requires state approval. Jehovah’s Witnesses are denied official recognition and more than a dozen members have been interrogated and pressured to leave their religion.

Problems continue in the Middle East and North Africa. In Saudi Arabia’s Eastern Province, more than 300 Shiite Muslims were still in prison after protests for greater rights.

Among the most populated countries, the highest restrictions on religion are found in India, Egypt, Indonesia, Pakistan and Russia.

The Pew Research Center also measures social hostilities, which “encompass everything from religion-related armed conflict to harassment over clothing.” This figure peaked in its 2017 report, and declined slightly in 2018.

India ranked the worst on the index of social hostility, 9.6 out of 10, due to significant religion-related mob violence and hostilities about religious conversions in 2018. India’s government restrictions rating also peaked at 5.9 in 2018. Police in Uttar Pradesh state charged 271 Christians with “spreading lies about Hinduism” and allegedly trying to make converts by drugging people.

The Middle East and North Africa tend to rank the worst on this index, while the Americas rank the best. In the Americas, however, El Salvador saw the largest increase. One example of religious hostility came in March 2018 during Holy Week, when armed men robbed a Salvadoran priest and his companions on the way to Mass. They killed the priest.

Christians and Muslims, who make up the world’s most populous and most geographically dispersed religious groups, experienced harassment in the highest number of countries: 145 countries for Christians, and 139 for Muslims.

Jews make up only 0.2% of the world’s population, but faced harassment in 88 countries and were the third-most harassed religious group after Christians and Muslims.

The religiously unaffiliated, including atheists, agnostics and those who don’t identify with any religion, saw declines in harassment. Those in this group were harassed in 18 countries, a decline from 23 countries the previous year.

In Pew’s analysis, authoritarian governments are more likely to restrict religion and only 7% of countries with low restrictions are authoritarian. However, many authoritarian countries had only “low” or “moderate” levels of social hostilities.

“No country that was classified as a full democracy had ‘very high’ government restrictions or social hostilities,” Pew said.

Joe Biden and JFK: How Catholicism...