Head of Vatican Finances: No Default but ‘Difficult Years’ Ahead 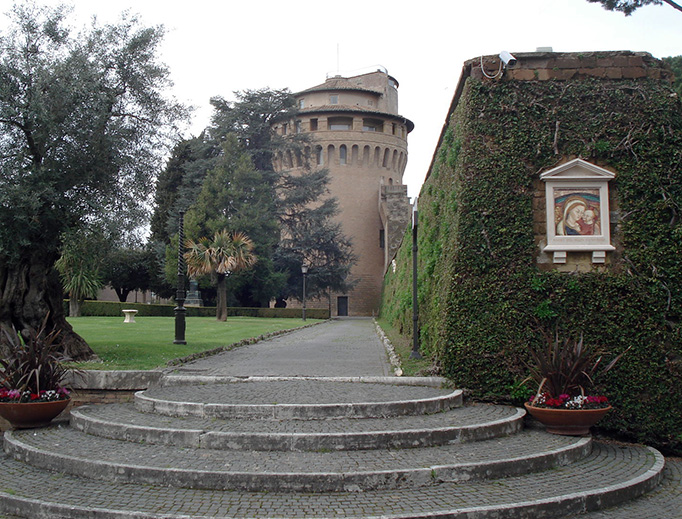 Head of Vatican Finances: No Default but ‘Difficult Years’ Ahead

Jesuit Father Antonio Guerrero Alves told Vatican News that he anticipates a steep drop in annual revenues, due to the coronavirus pandemic.

The Vatican is not at risk of default but has “difficult years ahead” and could lose nearly a half of its annual revenue due to the coronavirus, the head of Vatican finances has said.

In a May 13 Vatican News interview with Andrea Tornielli, the editorial director of the Dicastery for Communications, Jesuit Father Antonio Guerrero Alves, who last year succeeded Cardinal George Pell as prefect of the Secretariat for the Economy, said the “most optimistic calculate a decrease in revenue of around 25%, the most pessimistic, around 45%.”

The Spanish Jesuit added that his optimistic and pessimistic forecasts depend on “external factors” and how much the Vatican can reduce costs.

Given Father Guerrero’s estimates, losses in revenue this year could range between 70 and 120 million euros.

“Unless there is some extraordinary income, it is clear that the deficit will increase,” he said.

Asked whether the Vatican risks default, Father Guerrero replied: “No, I don’t think so,” but he added: “That doesn’t mean that we are not naming the crisis for what it is. We’re certainly facing difficult years.”

The Vatican’s revenue, Father Guerrero explained, comes from “contributions and donations, property returns and, to a lesser extent, from the financial management and activities of the Vatican offices.” He also said income is “largely dependent” on the Vatican Museums, “which is closed now and will likely remain in difficulty due to a slow recovery.”

He said the Secretariat for the Economy, which Pope Francis set up in 2014 to oversee Vatican finances and implement financial reforms of the Roman Curia and Vatican City State, was unable to say whether “there will be a decrease in donations to the Peter’s Pence collection, or a decrease in contributions from the dioceses.”

Father Guerrero, whom Pope Francis appointed prefect last November, also said he could not give more precise figures because some tenants living in Vatican-owned property are having “difficulty paying rent.” He added that even before the coronavirus outbreak, the Vatican had decided to cut expenses in order to reduce the deficit.

The Register reported at the end of April that the Vatican was losing considerable income due to the virus closing down important revenue streams such as the Vatican Museums. The Vatican was already struggling with a 70-million-euro deficit, said to have been caused by rising wage costs, chronic inefficiencies and decreased investment income, that led to an emergency meeting of heads of dicasteries last September.

Father Guerrero, who disclosed the Vatican also has to annually pay 17 million euros in taxes to Italy, said the COVID-19 crisis is forcing the Vatican to cut costs “more determinedly.”

He stressed how much the Church relies on donations from the faithful, and that it is unknown how much people will be able to give going forward. “Precisely for this reason, we must be sober, rigorous. We must manage the finances with the passion and diligence of a good family man,” he said.

The Spanish Jesuit, who has a degree in economics, was at pains to point out that despite the crisis, employees’ salaries, aid for people in difficulty, the vulnerable, and churches in need “are not in question.” He added: “We do not live to balance budgets. We trust in the generosity of the faithful. But we must show to those who donate part of their savings to us that their money is well spent.”

The Vatican has been the focus of a number of financial scandals and speculative property deals in recent years which are likely to have also had an impact on revenues — particularly the Peter’s Pence collection, which has been falling. It has also been vulnerable to the financial liabilities of so-called “black hole” Vatican-associated institutions burdened with large debts, and concerns about a looming pension deficit.

Father Guerrero did not explicitly refer to these concerns. Referring to reports last year that the Vatican was using Peter’s Pence donations to plug the deficit, he said “it is not correct to say that the deficit is financed by the Peter’s Pence collection, as if it were stopping a gap. Even Peter’s Pence is a donation of the faithful: it finances the mission of the Holy See, this includes the Pope’s charitable donations, which does not have sufficient revenue.” He added: “Numbers always need to be interpreted…perhaps we need to better explain, tell the story better. We certainly need to be clearer.”

The Register reported last month that centralizing investments was one of the reforms suggested by Cardinal Pell and his advisers to increase revenue and cut losses, but this was never accomplished due to obstructions by those keen to maintain opaque practices. Sources said this placed the Vatican in a more vulnerable position financially to deal with the effects of COVID-19 than it might have been.

Father Guerrero said a working group is now studying how to “centralize financial investments, improve personnel management, improve procurement management” but said this needs “a few more months” to be completed. He also told Tornielli that unethical investments need to be avoided, while those “linked to a different vision of the economy, to integral ecology, to sustainability, are to be promoted.”

Stressing that the Vatican is “not a great power,” does not have “the leverage of monetary policy or fiscal policy,” and relies on “the generous help of many,” Father Guerrero spoke of the importance of being truthful and transparent about Vatican finances, including possibly publishing the Vatican balance sheet again (the last was published in 2015). He said he doesn’t expect changes “overnight” but that he manages to “sleep well.”

“I have faith in the Lord of Life, and I know that Life always ends up opening the way for us,” Father Guerrero said.

Sources have told the Register that Father Guerrero, who said he feels like a priest carrying out a service to the Church rather than a “minister of the economy,” is making good progress as prefect. Reputed to be a quick learner, he understands the problems that need addressing, and is taking necessary action.

“I have a task. I continue on a path. I work with a team. I listen to advice. I learn. I’m looking for competent people,” he told Tornielli, adding that he and his colleagues are “very committed to the way of transparency, sobriety, diligence, austerity, in the exercise of what is and remains a mission.”

St. Matthias ? The Apostle Who Rep...