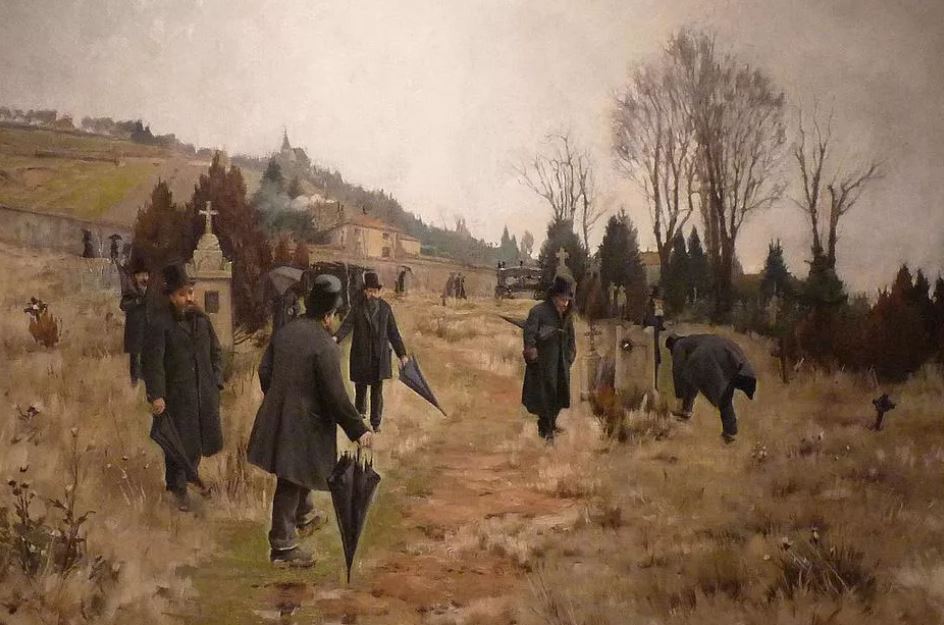 A groundbreaking book was published in the 1980s by a British psychiatrist named Kenneth McCall. McCall was brought up in China as the son of Christian missionaries. While there he witnessed exorcisms and the influence of generational curses on families.

He grew up to train as a doctor and eventually went on to specialize in psychiatry. He discovered that some incurable psychiatric patients had, as part of their problem, unresolved deaths within their family circle. He experimented with a new therapy in which he invited the priest, pastor or rabbi of the patient to conduct a funeral service for the dead relative. In many cases he found a marked improvement in his patient, and in the book he tells the startling stories of some very remarkable complete recoveries.

He went on to discover that sometimes the trouble in the family history was not simply an unresolved death, but an unresolved trauma, and addiction problem or even an occult curse that had been placed on the family. McCall’s theory is that, in some cases of emotional or mental disturbance there is also a spiritual dimension. One can discuss this in sensationalist language saying the living person is “haunted” or “cursed.” However, one might just as easily use less dramatic language and say that there is a spiritual disturbance within the inherited family memory. The language used to describe the problem is secondary. The solution is what I find so interesting.

As a Protestant, McCall simply started to have funeral services for the dead in order to help the living find healing and reconciliation. Then McCall began to discover the Catholic tradition of praying for the dead. He spoke to a Catholic who explained the logic behind requiem Masses — Masses said for the repose of the soul of the departed.

McCall discovered the Catholic belief in purgatory and began to understand that it has always been part of Catholic teaching that the dead could be prayed for, and that the prayers offered for them —especially the prayers of the Mass — would help them on their journey and assist them to be reconciled. McCall’s great discovery is that this traditional Catholic practice is not only beneficial for the dead, but also for the living.

This is why, therefore, as a Catholic priest I encourage the traditional custom of offering Masses for our dead, lighting candles and saying a prayer for the dead and making sure we offer proper funeral Masses for the dead. The living benefit from this practice because I am convinced that real spiritual bonds exist between family members just as real as the biological, genetic bonds that exist between us and our children and between us and our ancestors.

Some say “time heals all wounds.” This is not true. Christ heals all wounds. If there is lingering family sin, trauma, addiction, violence or unresolved death it needs to be dealt with through the sacraments of reconciliation and the Eucharist. This should be as natural for Catholics as going to the doctor when something is wrong physically.

Of course, within the Christian healing ministry we do not look for magical or instant answers. Sometimes there are remarkable, seemingly miraculous answers. More often the healing is gradual, deep and real. In the area of emotional, mental and relational problems the spiritual dimension is often only one factor in a complicated network of problems. Each one needs to be unpicked carefully and gradually for the total healing of the mind, body and spirit. This needs to take place within a caring community of faith, with a solid discipline of prayer and professional guidance. While there are amazing hearings, most often they are rooted in a larger, more down to earth ministry of day to day discipline and prayer.

If you have family problems from the past take it to confession, take it to Mass, offer Masses for the repose of the souls of your loved ones. Remember them at each Mass when the dead are prayed for. It will bring your family health, healing, wholeness and bring you closer to the abundant life Christ promises.