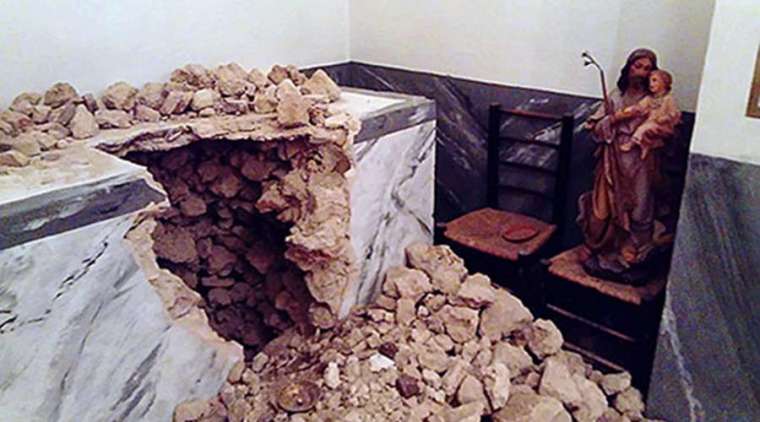 A hermitage outside the small town of Planes, Spain was desecrated this month. Vandals robbed the building and damaged parts of the chapel.

Christ Most Holy hermitage is located outside Planes in Alicante Province, about 25 miles from Spain’s central coast on the Mediterranean. The local people have a great devotion to the hermitage’s image of Christ Most Holy.

In a post on the Archdiocese of Valencia’s website, parish administrator Fr. Juan Crespo reported that the vandals stole several religious objects and significantly damaged the building. The incident was discovered August 15 and reported to the Civil Guard, Spain’s national police.

In addition to the theft, the assailants smashed through the altar dedicated to Saint Joseph, possibly with picks or other tools. The archdiocesan post said the thieves placed the statue of Saint Joseph on a chair, as “they were probably looking for something of more value, but it wasn’t there.”

“The damage done was worse than the monetary value of what was stolen,” Crespo noted.

The vandals also dumped out the drawers of the hermitage’s furniture and scattered devotional and liturgical books all over the floor.

“The incident is very lamentable because the hermitage is the very history and heart of Planes, the people here carry the devotion to Christ Most Holy and all that it means deep within them, and they’re naturally quite upset,” the priest said.

This makes the third time the hermitage has been robbed in the last three decades.