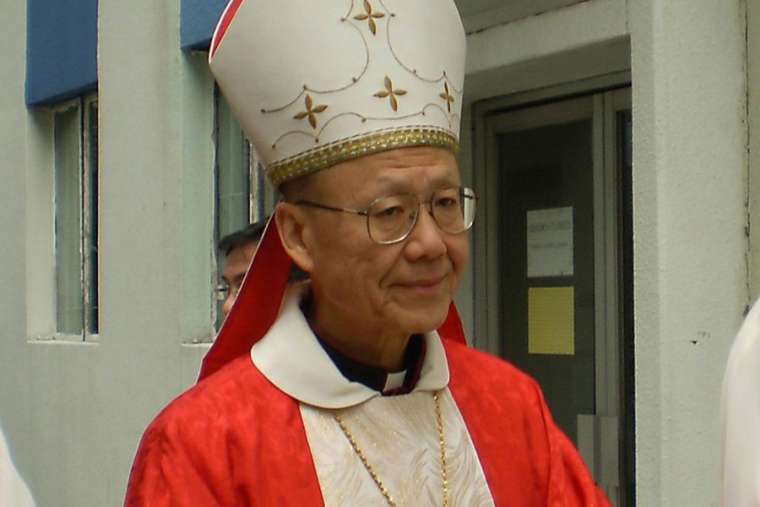 The leader of the Diocese of Hong Kong has instructed priests to avoid politics in homilies and admonishing them for “offensive” and “provocative” preaching. The warning comes amid a crackdown on free expression in Hong Kong, after the implementation of the new National Security Law in July.

A letter, obtained by CNA, was sent from Cardinal John Tong Hon, the former Bishop of Hong Kong and current administrator of the diocese on Friday.

“The homily is not meant to convey the preacher’s personal views (such as his own own view on a social or political issue) but God’s message,” the cardinal wrote.

“Our homilies must not lose touch with our daily life and the concrete situation of society. A reference to or brief analysis of current social issues would often be helpful and sometimes even necessary for a homily” with the aim of “encouraging the faithful… to bear Christian witness in social life and in social transformation,” he added.

“However, slandering and offensive expressions insinuating or instigating hatred and social disorder are unchristian and inappropriate for the liturgy.”

While the letter does not explicitly reference the ongoing political situation, the cardinal warned that priests and deacons “should be well aware that our faithful are all the time listening to what we say and watching what we do.”

“Therefore, we have to be prudent and attentive to what we say in our homilies, sermons and speeches.”

Cardinal Tong has previously spoken in support of the National Security Law, which came into force July 1.

The cardinal insisted the law would have “no effect” on the local Church’s religious freedom. Since the law came into force, Catholic journalists, political activists, and businessmen have been arrested on charges of sedition.

“A church and its sanctuary are sacred places where the faithful come to encounter God,” Cardinal Tong wrote Friday. “In a critical time like today, our faithful are hoping to hear something comforting, constructive and encouraging from the preachers during the liturgy.”

“Through preaching, we can help ease their mind. This could not be achieved using abusive or provoking expressions.”

“Let us in particular watch our language,” he said.

Tong’s letter has been met with opposition in some quarters of the local Church.

One priest told CNA the letter “went down like a bucket of cold sick” with some local Catholics.

The priest, who asked not to be named because of concerns he could be prosecuted under the National Security Law, said Tuesday that many local Catholics were dismayed by Cardinal Tong’s actions.

“The youth of the Church is for democracy, they simply are,” he told CNA. “They are looking for leadership, and I doubt you would find any Catholic under 35 here who is not angry, and who does not see the chancery as siding with the people tear-gassing them in the streets.”

“The Church is for human dignity, for human rights. To pretend like we can sing a lullaby for a homily in these times is absurd.”

Another local priest, who also asked not to be named, told CNA that the cardinal’s letter was meant to have a “chilling effect” on priests speaking about the political situation.

“The government see the presence of very many Catholics in the demonstrations. They hear the words of [Cardinal] Zen and [Cardinal] Bo and they see the Church can be somehow supportive of civil freedoms.”

“The cardinal [Hon] does not want the Church to become a target, I think, and he wants people to lay off attacking the government in homilies – he said himself, people are always watching.”

The priest said it was important to note that, although many in the Church, especially young Catholics, were sympathetic to the pro-democracy movement, they do not represent the whole diocese.

“Certainly there are Catholics here – including some priests – who very much pro-the government, even pro-the mainland. There is a line between supporting the freedom of the Church, and even social justice, and making the diocese a nakedly political actor.”

Titled a “Fraternal Admonition,” Hon’s letter recalled the liturgical context of the homily which, he said, should focus on God.

The letter to clergy was released on the same day Tong intervened to stop a Catholic group affiliated with the diocese from running a prayer for democratic freedoms in Hong Kong in local newspapers.

The Justice and Peace Commission of Hong Kong Catholic Diocese, whose membership is appointed by the bishop, had organized a fundraising campaign to place a prayer in local newspapers which included the sentence “As the city of Hong Kong is under threats of abusive control, we pray for your mercy.”

On Saturday, the commission announced it was cancelling the plan to publish the prayer after intervention from Hon.

“Although the diocese supports the kind deeds of prayer for Hong Kong, it does not support the method of fundraising and the content of the prayer to be published by this commission,” said the commission in a statement.

Both the letter to clergy and the cancellation of the newspaper prayerfollow an Aug. 11 instruction from the diocesan episcopal delegate for education, who wrote to the leaders of Hong Kong’s Catholic schools telling them to explain the provisions of the new National Security Law to students, and to encourage patriotic “values” at school.

The delegate’s letter also called for schools to put in place structures for evaluating “materials, assignments, examination papers and books” used by teachers to prevent “unilateral promotion of political messages, positions or views.”

The Church Teaches Truth, and Trut...