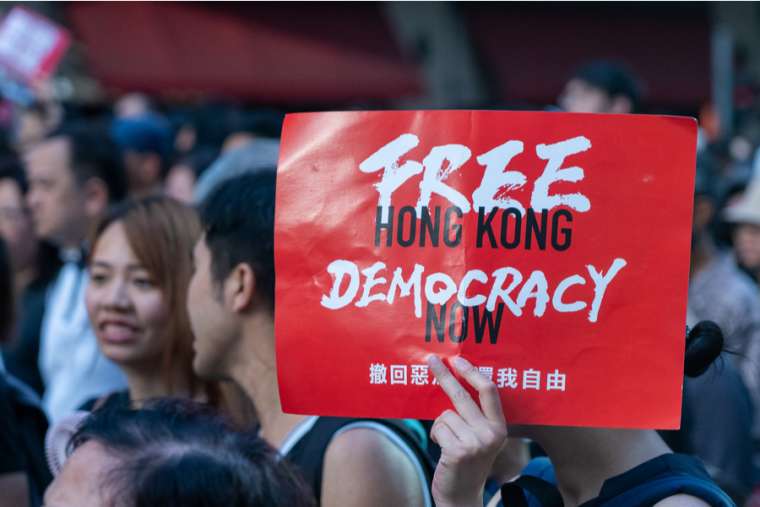 The Diocese of Hong Kong has intervened to cancel a Catholic pro-democracy ad campaign and prayer that was set to run in local newspapers.

The Justice and Peace Commission of Hong Kong Catholic Diocese, a body of up to 18 Catholics appointed by the Bishop of Hong Kong, was soliciting donations in order to buy advertisements in newspapers. The ads featured a prayer for the preservation of democracy in Hong Kong following the implementation of the new National Security Law in July.

On Saturday, August 29, the commission announced that the donation drive and subsequent ad campaign had been canceled at the behest of the diocese.

“Although the diocese supports the kind deeds of prayer for Hong Kong, it does not support the method of fundraising and the content of the prayer to be published by this commission,” said the commission in a statement Saturday.

The statement said that the Diocese of Hong Kong learned of their plans on Friday, a day before the fundraiser was canceled. The advertisement was set to run on September 6.

According to the South China Morning Post, the prayer was drafted by “members of justice and peace organizations from several Asian countries,” and was in response to a request from Burmese Cardinal Muang Bo, president of the Federation of Asian Bishops’ Conferences, to pray for the people of Hong Kong in the wake of the National Security Law.

The full text of the proposed prayer was “Lord, you reward your faithful servants with prosperity, but for servants not of your mind, your justice will come and you will deliver your people from oppression and slavery. As the city of Hong Kong is under threats of abusive control, we pray for your mercy. Amongst adversaries and oppression, we believe your Word and Grace shall bring back the confidence and hope of your people.”

In June, 2019, the commission ran a similar ad campaign against a proposed extradition law being brought into force for Hong Kong which would have allowed residents to be sent to the mainland for trial.

Hong Kong’s new National Security Law went into effect on July 1. It has been criticized as being overly broad on its definitions of terrorism, sedition and foriegn collusion. It criminalized the display of some political slogans such as “Free Hong Kong, Democracy Now,” and provides penalties of 10 years to life for those found guilty of breaching the law.

In June, Tong told a diocesan publication that he “personally believe that the National Security Law will have no effect on religious freedom, because Article 32 of the Basic Law guarantees that we have freedom of religion, and we can also openly preach and hold religious ceremonies, and participate in religious activities.”

On Friday, Cardinal Hon wrote to local clergy, warning them against mentioning politics in their homilies, according toApple Daily.

Tong said that some clergy were being “offensive and defamatory” by criticizing the new law, and that they would “incite hate and social upheaval.”

On Aug. 11, the Episcopal Delegate for Education in the diocese wrote to the leaders of Hong Kong’s Catholic schools telling them to explain the provisions of the new National Security Law and to encourage patriotic “values” in students.

The letter also called for schools to put in place structures for evaluating “materials, assignments, examination papers and books” used by teachers to prevent “unilateral promotion of political messages, positions or views.”