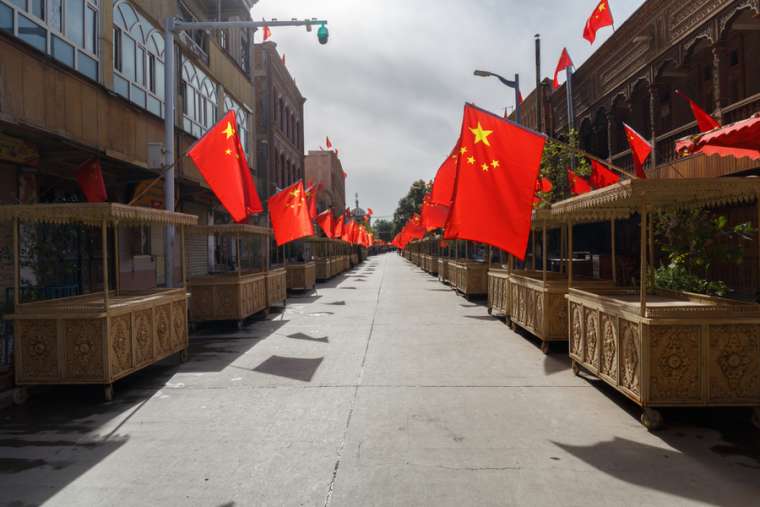 Speaking to Radio Free Asia, Hasiyet Abdulla, who presently lives in Turkey, described the conditions in hospitals in Xinjiang. Many Uyghurs, an ethnic minority group in China, have fled to Turkey.

According to Abdulla, hospital maternity wards in Xinjiang strictly enforce family planning laws, including limiting Uyghurs to three children in rural areas or two in urban regions. Additionally, a Uyghur woman is required to wait a certain number of years between births.

“The regulations were so strict: there had to be three or four years between children. There were babies born at nine months who we killed after inducing labor. They did that in the maternity wards, because those were the orders,” said Abdulla.

Abdulla told Radio Free Asia that in many cases, babies who were born alive were removed from their parents, killed and then disposed of. She said that this practice stemmed from “an order that’s been given from above,” and that hospitals found to have been in violation of these policies would be subjected to fines or other punishments.

The claims of late-term abortions and infanticide on Uighur women come less than two months after it was revealed that Chinese authorities had forcibly sterilized ethnic minorities. The Associated Press released a report on June 29 detailing how women were imprisoned for the crime of having too many children, and that women who were held in internment camps were frequently checked for pregnancy.

In some cases, women were forcibly implanted with an intrauterine device to prevent future pregnancies.

Anywhere between 1 million and 1.8 million Uyghurs are now estimated to be in the system of more than 1,300detention campsset up by Chinese authorities, ostensibly for “re-education” purposes. Survivors have reported indoctrination, beatings, forced labor, and torture in the camps. China initially denied the camps existed, but was forced to officially admit their existence in 2018.

One expert told the Associated Press in June that the forced birth control campaign is “genocide, full stop.”

Finley described the program as “direct means of genetically reducing the Uyghur population.”

The birth rate in the province has dropped considerably since the implementation of these forced family-planning practices.

Conversely, the rate of IUD insertion in Xinjiang has increased by similar percentages. In 2014, there were 200,000 IUDs inserted in the province, a number which grew to 330,000 by 2018. AP reported that this uptick in IUDs was counter to the rest of China, which had seen the contraceptive device fall out of favor among Chinese women.

Wives of Uyghur men who are detained in the “re-education” camps have reported being forced to marry Han Chinese men. Hans are the majority ethnic group in China.

The U.S. government has sanctioned Chinese officials who are involved with the oppression of the Uyghur population.