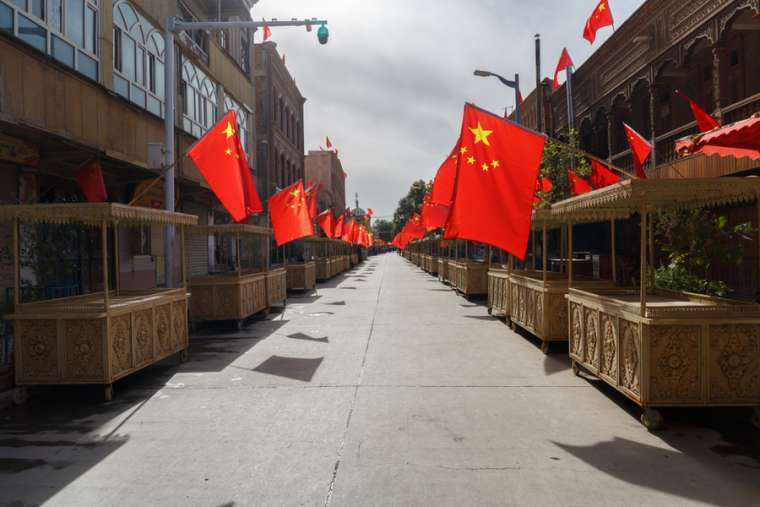 The House of Representatives on Tuesday passed a bill to ensure goods sold in the U.S. are not made with forced labor in Uyghur Muslim internment camps in China’s Xinjiang region.

TheUyghur Forced Labor Prevention Act passed the House on Sept. 22 by a vote of 406-3.

The legislation would treat all goods imported from China’s XinjiangUyghur Autonomous Region as being created with forced labor, unless certified otherwise by U.S. Customs and Border Protection. It would also require disclosures from businesses that engage with Chinese companies and would authorize sanctions on anyone determined to be responsible for labor trafficking of Uyghurs.

The bill would instruct the Secretary of State to determine whether the treatment of Uyghurs inside the internment camps constitutes genocide or other crimes against humanity, and to create a plan of response.

An estimated 1 million or more Uyghurs, members of a Muslim ethnoreligious minority group, have been detained in “re-education camps” in Xinjiang, which were first spotted on satellite imagery in 2017.

The Chinese government at one time denied the camps existed, but has since shifted to defending its actions as an appropriate terrorism prevention measure.

Government officials from the region said in July 2019 that the area’s re-education camps for Muslims have been successful, with most of those held having been reintegrated into Chinese society.

Those inside the camps are reportedly subjected to forced labor, torture, and political indoctrination. Women who have been imprisoned in the camps have told stories of forced abortions and sterilizations.

Outside the camps, Uyghurs are monitored by pervasive police forces and facial recognition technology.

The Trump administration has taken action to block the import of some goods from the region and to sanction companies growing cotton in the area.

However, lawmakers have called for additional action to respond to concerns of companies profiting from the forced labor taking place in the internment camps, which have been compared to the concentration camps under Nazi Germany.

The Uyghur Forced Labor Prevention Act notes that the U.S. State Department determined in its 2019 human trafficking report that subsidies are offered to Chinese companies for opening factories near the internment camps.

It lists companies that have been suspected of using forced labor, including Adidas, Campbell Soup Company, Costco, and H&M, among others.

“It is time for Congress to act,” said Rep. Jim McGovern (D.-Mass.) sponsor of the bill, according to NBC News.

“We found that the evidence of systematic and widespread forced labor in Xinjiang is astounding and irrefutable — and includes evidence from camp detainees, satellite imagery of factories being built at internment camps, and public and leaked Chinese government documents.”

“We cannot be silent. We must demand an end to these barbaric practices and accountability from the Chinese government,” said Rep. Chris Smith (R-N.J.), ranking member of the Congressional Executive Commission on China.

“Chinese authorities initially denied the existence of mass internment camps and have tried to portray them as vocational training centers.The Chinese Communist Party (CCP) employed lies, censorship and economic coercion to stifle discussion of their crimes,” he said.