How a Solanus Casey documentary, and its creator, aim to inspire 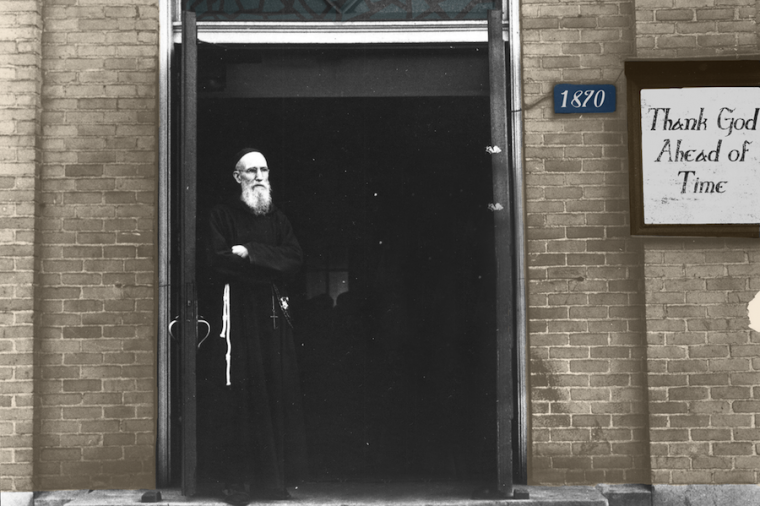 How a Solanus Casey documentary, and its creator, aim to inspire

An American documentarian says her work is the fruit of a divine calling that began with an encounter with Pope St. John Paul II. She said she hopes her films will help others grow close to Christ.

Her most recent film, a documentary on the life Blessed Solanus Casey, will premiere on the EWTN television network May 26, and is now available online.

Erin Berghouse, president of Ahava Productions, said, shortly after a revival of faith in the late 90s, she felt that God was calling her to pursue a career in music and, later in life, short films.

“Ahava Productions is a film production company that began really out of following a mission that God placed on our hearts,” she told CNA.

“My hope was to create movies that move us closer to Christ and to reflect the beauty of the Catholic Church. [Evangelization] with art, all the different art forms: music [and] the highest quality of visual art.”

Berghouse, who is also a mother of six, rediscovered her faith in 1999 when she saw John Paul II speak in St. Louis. It was through his “Letter to Artists,’ issued in April 1999, that she decided to use music to serve the Church. In 2014, she founded Ahava Productions, which released its first film in 2015.

Ahava’s upcoming documentary on Casey is a perfect example of the inspirational story which brings people close to God, Berghouse said.

A 28-minute documentary on Blessed Solanus Casey, the film will air on EWTN on May 26 and 27. It is narrated by Cardinal James Harvey, an American cardinal and the archpriest of the Basilica of Saint Paul Outside the Walls.

The documentary will highlight the stories that led to his beatification, the history of his life, and his impact on the lives of others.

The son of Irish immigrant parents, the Capuchin Franciscan was born in 1870 on a Wisconsin farm, which also became the home of 15 other brothers and sisters. Having witnessed a brutal murder on the railroad in 1891, the 21-year-old evaluated his life and decided to become a priest. He entered Saint Francis De Sales Seminary in Milwaukee, Wisconsin.

Many miraculous healings have been attributed to Casey – both during his life and after – including restoration of sight, healing from alcoholism, and the healing of ichthyosis. He also spent a great deal of time witnessing and providing aid to the sick.

“[He is] one of the most humble, loving priests,” she added.

Berghouse was first introduced to Casey in 2015 when she was asked to pray to the Capuchin on behalf of a friend. She then attended the beatification ceremony in Detroit’s Ford Field in 2017, an event she said was proof of Casey’s influence on the world. Nearly 70,000 people attended.

She said she felt like the Blessed Mother was calling her to do the film, and that it felt like Casey had spiritually accompanied her during post-production. The more she learned about Casey, the more she loved him, Berghouse said, noting that, through his intercession, the priest taught her how to pray.

“I can say with complete confidence that to learn about him is to love him. Once you learn and love him, you will start to learn his teachings. He had a specific way that he would teach people to pray and to come to God and how we must thank him and do acts of mercy,” she said.

Berghouse said Casey, who lived through the Depression, both World Wars, and contracted serious illnesses himself – is the perfect saint for the coronavirus pandemic.

During the Great Depression, she said, the heads of major automotive companies would request Casey to remember their employees in the intentions of Mass and ask the Capuchin for advice on how to help their workers. She said, during today’s difficult pandemic, people should rely on him again.

“Here we stand today in the midst of the chaos of COVID. He still intercedes for us. He still can lead us to the place where we can find the most confidence and love in God and strength in knowing that what he has planned for us is already something that we should be thankful for,” she said.

Berghouse hopes the documentary will influence its audience to rely on Casey’s intercession, but also be a source of inspiration. She said Casey’s life is a reflection of God’s providence and the hope this brings.

“[We] participate in the call to create a documentary of his life because it was a life that was filled with immense beauty [and] hope. It continues to lead us closer to Christ by what he experienced, what he taught, and what he continues to share, even after he is no longer here,” she said.

“I think what we see in his life is an immense promise of hope and God’s plan for who we are, wherever that is, whatever it is, God has a plan.”