MORE FROM EWTN
FAITH & RESOURCES
Welcome to EWTN GB - Global Catholic Television Network - Copyright ©
Trending News
HomeArticleHow can you explain to non-Catholics the concept of offering up one’s own sufferings?

How can you explain to non-Catholics the concept of offering up one’s own sufferings? 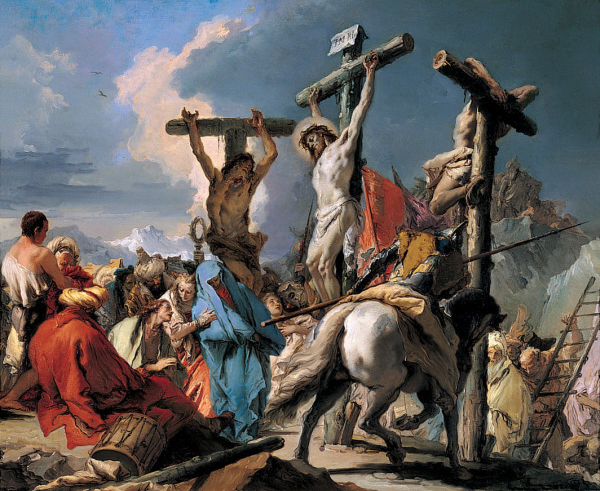 How can you explain to non-Catholics the concept of offering up one’s own sufferings?

901 – “Hence the laity, dedicated as they are to Christ and anointed by the Holy Spirit, are marvellously called and prepared so that even richer fruits of the Spirit maybe produced in them. For all their works, prayers, and apostolic undertakings, family and married life, daily work, relaxation of mind and body, if they are accomplished in the Spirit – indeed even the hardships of life if patiently born – all these become spiritual sacrifices acceptable to God through Jesus Christ. In the celebration of the Eucharist these may most fittingly be offered to the Father along with the body of the Lord. and so, worshipping everywhere by their holy actions, the laity consecrate the world itself to God, everywhere offering worship by the holiness of their lives.”434

What’s the Point of Mortification and “Offering It Up?”

One of those phrases that Catholics use that non-Catholics are often baffled by is “offer it up.” Usually the context involves some sort of hardship, either voluntary or involuntary. Elizabeth Scalia gives the example “when you are in pain, when you are disappointed, when your feelings have been hurt, offer these things up to the Lord and ask him to use your suffering.” Sometimes, it will be with an explicit intention attached, like “I’m giving up snacks for Lent, and offering it up for those who are physically and spiritually starving.” Sometimes, it will just be a simple “Offer it up!” without any explicit intention. So, what is going on here, and why is it important?

A good starting place is Colossians 1:24-26, where St Paul says to the Church in Colossae:

“Now I rejoice in my sufferings for your sake, and in my flesh I complete what is lacking in Christ’s afflictions for the sake of his body, that is, the church, of which I became a minister according to the divine office which was given to me for you, to make the word of God fully known, the mystery hidden for ages and generations but now made manifest to his saints.”

This is one of those passages that shocks people at first, both because Paul talks about rejoicing in suffering, and because he talks about something lacking in Christ’s sufferings.

But what’s lacking is our participation. Christ goes to the Cross for us, but He doesn’t say, “Okay, this means you can stay home now. I’ve done the hard work.” He says the opposite: “If any man would come after me, let him deny himself and take up his cross and follow me” (Matthew 16:24) and that “he who does not take his cross and follow me is not worthy of me” (Matthew 10:38). So Christ’s suffering on the Cross isn’t in place of our suffering. It’s an invitation to give our suffering meaning, by uniting our crosses with His. When we offer up our suffering, this is exactly what we are doing.

“If we are sons, we are heirs, heirs indeed of God, fellow heirs with Christ – if only we suffer with Him, so we may be glorified with Him. I judge that the sufferings of the present time are not worthy to be compared to the glory that is to be revealed to us.”

“As you come to Him, the living Stone—rejected by humans but chosen by God and precious to Him you also, like living stones, are being built into a spiritual house to be a holy priesthood, offering spiritual sacrifices acceptable to God through Jesus Christ.”