How Natural Family Planning is spreading in West Africa 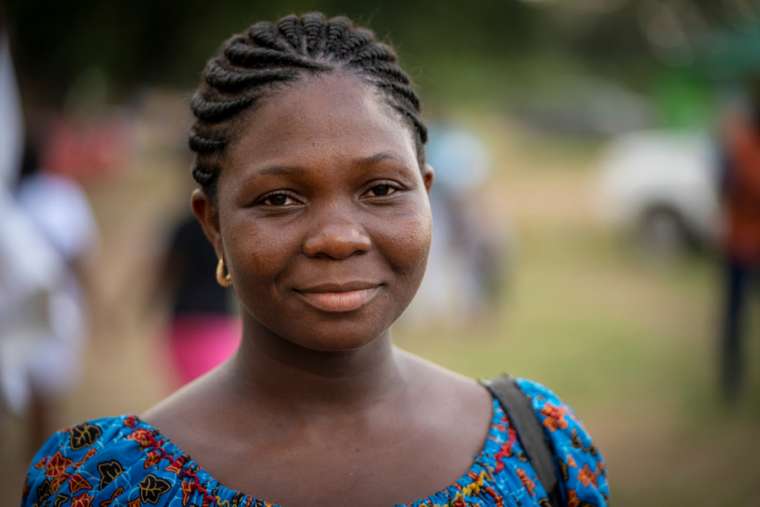 How Natural Family Planning is spreading in West Africa

In countries throughout Western Africa, the most common religions are Islam and Catholicism. Both of these religions reject the use of artificial means of birth control, such as condoms or birth control pills.

But in government health clinics in most of these countries, artificial birth control methods are often the only options offered for planning and spacing one’s family.

That is what Jennifer Overton and her team with Catholic Relief Services (CRS) in West Africa are trying to change.

“There was a need for natural family planning services,” Overton said. “There was a need to learn more about what options were available to [local families] that did align with their cultural and religious beliefs.”

“We found that a lot of the health centers, run by the government, even in countries where you have a high percentage of Catholics or a high percentage of Muslims, were not offering these. Even though that’s what their clients or the local populations followed because of religious reasons, the health centers were only offering artificial methods.”

Overton is the CRS regional director for West Africa, a region of 12 countries. She oversees more than a thousand employees, most of whom are from the countries in which they work. Overton said she and her team started partnering with local and global organizations about five or six years ago to more widely spread knowledge of natural Fertility Awareness Methods (FAMs) of family planning and spacing in the area, where big families with 12 or 13 children are not uncommon in some countries.

“We were really trying to meet a need for culturally appropriate health services for birth spacing,” Overton said.

She emphasized that the goal was not to convince families to have fewer children, as large families are considered a blessing by most cultures and religions in the region.

“We’re just saying space the children, because we have very high maternal mortality and we have very high infant mortality,” Overton said. “A lot of times that’s due to…the pregnancies are spaced too closely together. [The mother] isn’t able to take the two years that’s recommended to breastfeed, to care for that newborn the first thousand days of life, and make sure the child has good nutrition and good health care.”

One of the primary Fertility Awareness Methods being taught in the area by CRS and its partners is the TwoDay method, through which a woman notes her fertility by evaluating her cervical mucus twice a day, sometimes in conjunction with the Standard Day method, by which women track their fertile and infertile days on a string of beads. The Lactational Amenorrhea Method (LAM), which is based on the fertility suppression brought about by breastfeeding exclusively on demand for six months postpartum, is also taught.

These methods are simpler, less expensive, and require less equipment than some of the methods more common in developed nations. Each method is between 95-98% effective with proper use, Overton said.

“It’s just a different kind of relationship than what we’re used to in the West,” she said. “It is more traditional, more male-dominated. Men tend to make most of the decisions in the household.”

Strengthening the communication between couples, as well as their willingness to make decisions together, was something that had to come first, before they could dive into even more taboo subjects like a woman’s menstrual cycle, Overton said.

“We found that a lot of the issues come back to the fact that a husband and wife maybe weren’t communicating about these kinds of things,” she said. “Not just about when do they want their next child, but they might not even be communicating about chores in the house, or money for school fees, or money for food, or whatever it is. We have found that this method really helps bring these couples together. We’ve even heard stories of it reducing domestic violence and things like that.”

“We’ve had testimonies from women who say, ‘Oh, now my husband asks me how my day was at the end of the day.’ Or if a husband goes away for three days for a business trip, it would be common in some cultures for the man to just leave the woman to run the house. Now, the man will say, ‘I’m going away for three days and this is where I’m going.’ Then when he comes back, ‘How are you? How are the kids?’”

Overton said once she saw how much communication was lacking among some couples, “you understand how complicated it would be to even start talking about menstrual cycles.”

To do this more effectively, CRS started using what they called SMART Couples programming (Strengthening Marriages and Relationships through Planning and Communication) during a pilot program in 2016-2017, through a partnership with the Institute for Reproductive Health (IRH) at Georgetown University, the Ministries of Health in Niger, Sierra Leone and Burkina Faso, Ghana Health Services, and the Catholic Church in the region.

Couples met in groups of 10-12 and learned communication and joint decision-making skills, as well as a method of fertility awareness-based family planning and other tips about healthy marriages, pregnancies and families, Overton said.

The results of the program showed not only results with birth spacing and family planning, Overton said, but other positive effects from improved communication within relationships. She said they noticed an increase of empathy within relationships, particularly among husbands, who were more aware of the needs of their wives.

One of the keys to the program’s success, Overton said, was having the support of the Catholic Church and Muslim leaders.

“A lot of questions are asked about…religion and culture, and do these things go against their religion?” she said.

Overton said to reassure these couples, they bring in religious leaders from both Islam and Catholicism who can talk about why these natural methods do not contradict their beliefs.

“We have sections of the Quran that we quote where the Prophet Muhammad, he talked about maybe a large family, but healthy children. He does talk about caring for your wife. He talks about caring for your children,” she said. “It’s very much respectful of local culture and respectful of local religion. The same for in the Catholic teaching. We have the bishops in Ghana and Burkina Faso – they love this program.”

“When people hear [about Fertility Awareness Methods] from their priest or their bishop, then they know like, ‘Okay. This is okay. This is sanctioned by the Church.’ That really helps to have the support of the religious leaders.”

“Overall, we had like 1,600 couples as a result of the work that we did, adopt these methods. They were actively using these methods. That’s what they told us when we did the survey,” Overton said.

“It’s not millions of people, but we’re in the thousands and that’s pretty encouraging. This was just for this short pilot. It doesn’t include the expansion phase,” she added. “What also is very encouraging is some of these couples, a lot of them, had never, ever used any kind of birth spacing. They had never planned their families, never talked about planning families, never talked about any kind of birth spacing. That is really amazing, that this is the first time people are using it.”

The program was particularly successful in Niger, which has the highest fertility rate in the world, with each woman having about 7 children on average. During the pilot phase of the program, CRS trained 700 couples in 52 villages in Fertility Awareness Methods in the country. They also partnered with the Department of Health with the government of Niger, which then included resources on FAMs in all of their health clinics in the country.

The project continues today together with a food security program funded by USAID, and CRS has trained an additional 150+ health workers at government health centers and more than 400 couples who will serve as trainers in the program at the community level, Overton said.

Across the whole continent, Overton said this method of spreading knowledge about FAMs has been used in 18 African countries and has reached close to 200,000 beneficiaries.

She said she is hopeful that instruction in FAMs will continue throughout her region and reach even more people, as attitudes and practices change. She said she has seen great cooperation with local governments, who know that their populations will reject artificial methods of birth control.

“That’s all we’re saying – let’s have options for everybody.”