Hungary defines family as having a mother and a father 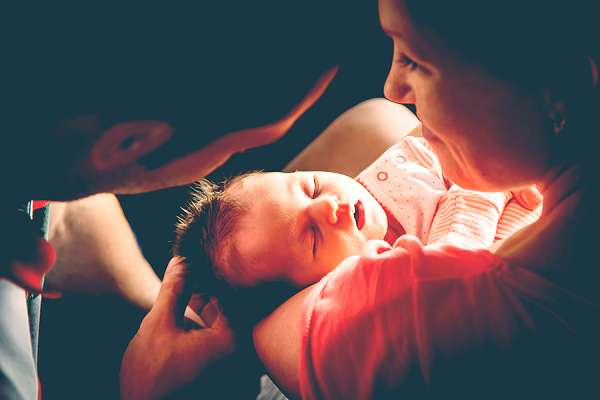 Hungary defines family as having a mother and a father

CNA Staff, Dec 15, 2020 / 07:01 pm (CNA).- Hungary’s Parliament passed a law Tuesday defining the family as having a woman as the mother and a man as the father, effectively banning adoptions by same-sex couples and complicating adoptions by single people.

The change is the latest of several to be made in recent years in what the government has said are attempts to preserve Hungary’s Christian identity and to boost its plummeting birth rates.

“If we give up on our Christianity, then we will lose our own identity, as Hungarians, as Europeans,” Katalin Novák, Hungary’s Minister of State for Family Affairs, told CNA last December.

Novák told CNA in 2019 that Hungary’s leaders were concerned with the country’s future due to plummeting birth rate, which is 1.48, well below replacement level at 2.1 children per woman.

“We have a demographic challenge ahead of us,” Novák said.
While some countries may rely on immigration, Hungary is trying to reverse the trend with a two-pronged approach: financial incentives for families to have more children, and promoting a culture that is pro-life and welcoming of large families, she added.

In that vein, the Hungarian government started offering financial incentives for couples in the country to marry and have children, including subsidized loans to those who marry before the bride’s 41st birthday.

Hungary claims the policies are working, as its central statistics office recently reported a 20% increase in marriages in 2019.

But the bump in fertility is yet to be seen, and other European countries, such as France and Germany, that have attempted to increase fertility through government subsidies have not seen a significant increase in birth rates.

Earlier this year, Hungary also passed a law declaring a peron’s gender to be that of their biological sex at birth, blocking attempts by transgender people to change their legal gender identity. The move was widely criticized by some as an attack on LGBT human rights.
Critics have also said the policy changes passed this week are a dangerous expansion of power by Prime Minister Viktor Orban and his party, the New York Times reported.

“Wherever it was possible, Fidesz chose to cement its power even more with these laws,” Agnes Kovacs, a legal expert with the Eotvos Karoly Policy Institute, told the New York Times.

Renata Uitz, a professor of comparative constitution law at Central European University, told the New York Times that the changes to declaring a state of emergency were so broadly defined that even a mild protest could give the government the opportunity to use its emergency powers.

Hungary also sees part of its Christian identity in helping Christian victims of persecution in other countries. In Iraq, the government helped resettle Christian genocide victims through its aid program Hungary Helps, providing more than $3 million for the effort.
However, the country has also been criticized for its immigration policies. The UN’s human rights chief said its 2018 law criminalizing the assistance of asylum seekers was “blatantly xenophobic.” As of early 2018, the UN’s refugee agency said Hungary was only admitting around two asylum seekers per day through its transit zones.

The UN’s Special Rapporteur on the human rights of migrants, who recently visited the country, said that “migrants are portrayed as dangerous enemies in both official and public discourses.”

Novák said in 2019 that Hungary does not “see immigration as a solution to our demographic problem,” and is willing to assist with resettling refugees but is not prioritizing the acceptance of economic migrants seeking a “better life.”

“We are, in the first place, responsible for our own people. And if they need more help in order to be able to raise more children and have a family, then we have to provide this help,” she said.

International court declines to in...