‘I Baptize’ Instead of ‘We Baptize’ is God’s Will, Not Legalism 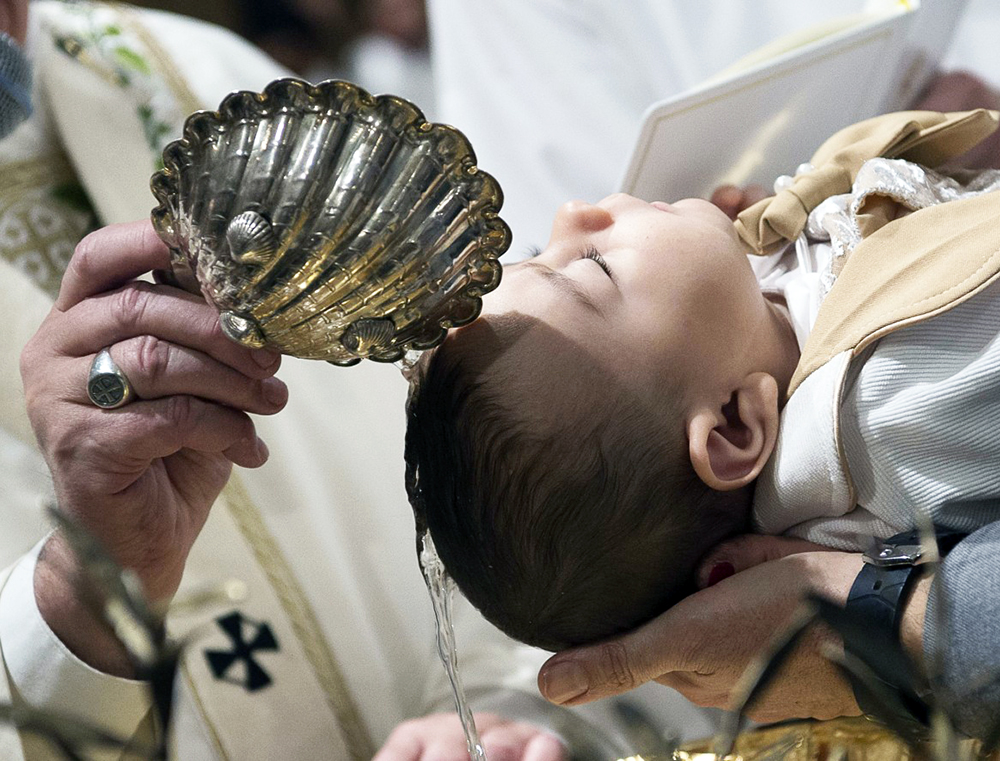 ‘I Baptize’ Instead of ‘We Baptize’ is God’s Will, Not Legalism

The faithful have a right to the Church’s worship as the Church has established it.

On Aug. 6, 2020, the Congregation for the Doctrine of the Faith (CDF) issued a“Responsum”to a question about the validity of baptisms administered using a plural “form” —“Webaptize you in the name of the Father and of the Son and of the Holy Spirit” is invalid. Because the form was invalid, the person was never baptized and must, thus, be baptized.

On Feb. 1, 2008, theCDF was askedwhether baptism employing the form “I baptize you in the name of the Creator + and of the Redeemer and of the Sanctifier” are valid. The CDF said no, affirming the invalidity of the purported baptism.

On June 5, 2001, theCDF was askedwhether Mormon “baptism” is valid. The CDF said no, affirming that a Mormon convert to Catholicism must be baptized. Similar questions and answer came in 1992 regarding the“New Church”—commonly known as the Swedenborgians —and in 1991 toRudolph Steiner’s “Christengemeinschaft.”

Legalism? No. Sound theology. Here’s why.

Sacraments are not magic nor are they just external rituals or ceremonies. Recall that Catholics once learned that “sacraments confer the grace they signify,” i.e., they are the cause of grace not just its ritualization.

“Matter” and “form” are increasingly incomprehensible to a world that thinks metaphysics is magical mumbo-jumbo and reduces “reality” to concepts or virtual pictures to click on. Every sacrament has “matter” —the physical thing necessary to it —and “form” — the “word” which expresses what is being done.

Baptism cannot be conferred using olive oil or car grease. The Eucharist cannot be consecrated with rice cakes and whiskey. Confirmation cannot be administered using Oil of Olay. The matter is not the matter necessary to the sacrament,so there is no sacrament.

“Form” makes clear what I am doing with the matter. It’s not magic. It’s giving meaning —form— to an otherwise ambiguous or equivocal action. Pouring water does not necessarily mean baptism: it’s just pouring water, which I can do to wash you, to have fun in a pool, to give you a drink, or to drown you. Pouring water on somebody’s head is not baptism if my statement is “rub a dub dub.” The Eucharist is not consecrated if the words of institution are altered. Without the form,there is no sacrament.

A sacrament presupposes the minister does what the Church intends. He may not necessarily believe it (as in the case of somebody who baptizes somebody else) but he knows “this is what a church does and I want to do it for/to this person.” (Remember, however, intentions alone don’t constitute reality: smacking somebody in the mouth will never be “good” because I “intend” it to be).

A sacrament finally presupposes the recipient’s intention. If I go to confession and conceal a mortal sin or don’t believe this action has any spiritual significance but I do it just to get my relatives off my back, there’s no sacrament, even though I went through the motions. All there is is a sacrilege.

Now, what do these baptismal cases all have in common?

In the case of the Mormons and others (in contrast to mainline Protestants), they really don’t believe in the Triune God. For them, Jesus is a prophet, a kind of Arian hybrid —not really God but not really man, either, something in the middle. So they do not baptize in the name of the Trinity, as Jesus commanded —and have no baptism.

The case of the two most recent CDF decisions about baptism arose in Catholic contexts, largely from bad theology and priests or deacons who felt entitled to engage in “Sunday morning Improv” rather than minister the sacraments. The “Creator, Redeemer, Sanctifier” business emerged from “feminists” with hangups about “non-inclusive language” who decided to bowdlerize the Trinity, reducing the “Father, Son, and Holy Spirit” —three Personspar excellence —to functions. It would be like saying in one’s wedding vows, instead of “I, John, take you, Mary” to “I, the bus driver, take you the baker….” (In the end, that’s not even correct, because God’s salvific work is not “subcontracted” in the Trinity).

The most recent problem —“Webaptize you…” comes from wrong understandings of priesthood, the Churchand the sacraments. Its proponents want to engage in ecclesiastical levelling — none of this supposed “clericalism” — and to “welcome” the baptized into the “community.” But who is this “we” in whose name the priest is supposedly baptizing?

Orthodox Catholic theology recognizes that it isChristwho acts in the sacraments: Christ baptizes, Christ forgives sins, Christ consecrates his Body and Blood. The priest acts as Christ’s representative,in persona Christi.So, if he acts “in the person of Christ,” he speaksfor Christ.Not Christ and himself (which could be one explanation of this “royal we”). He can’t baptize. As St. Paul told the Corinthians, I’m pretty pitiful if “I belong to Cephas” or “Paul baptized me” (1 Corinthians1:13).

Now baptism is the door to all the sacraments, so without baptism, one cannot receive the other sacraments. “Baptism” administered invalidly is not baptism; it is no more a sacrament than the person who simulates going to confession but hiding his sins receives absolution, no matter how many times the priest may say the words.What was essential to the sacrament was not there, so there was no sacrament.

Because baptism is the door to all the sacraments, its implications are huge.As Father Matthew Hood of the Archdiocese of Detroit found out.

Father Hood was “baptized” by a deaconwho decided to change the form of baptism. Because he happened to be born at a time when that moment was videotaped, it was clear to all that the rite was invalid. It had to be repeated … as did all the other sacraments he received, which depend on baptism as the “door to the sacraments.” Not Penance, because baptism forgives all sins committed before it, but Confirmation … and Holy Orders. Which means all the “sacraments” he administered were invalid, too.

Is this legalistic? No. Sacraments are not magic. They presuppose a minister and, in the case of Eucharist, Confirmation, Penance, and Anointing, that minister is an ordained priest. If that were not true, anybody could forgive your sins, anoint you, or confect the Eucharist. (There are some people who actually believe those things, but we are sticking to Catholic teaching, not peoples’ fantasies. Do you really believe the next guy on the street can absolve you of your sins?)

Couldn’t the Church be “pastoral” and overlook it? Is it “pastoral” to say that somebody who is not a priest can function as one? There is a difference betweenisanddoes.To be a minister of a sacrament, todothe sacraments, presupposes who Iam,because it is not me who acts in the sacraments but Christ in whosepersona,by virtue of ordination, I act. Which brings me down to the core question: do I really think that a man is changed when he is ordained, or that he just goes through a ritual that gives him a new job?

Those who learned some theology might throw out the notion “ecclesia supplet” (the Church supplies). It doesn’t fit. “Ecclesia supplet” means the Church supplies jurisdiction where it is lacking. Certain priestly acts require, by Church law, not just ordination but jurisdiction. Once upon a time, priests normally had to be authorized by the local bishop to hear confessions in a diocese. Church law recognizes certain priests as the usual minister to marry a couple; when they want another priest, he needs authorization. “Ecclesia supplet” makes up for lack of legal jurisdiction.

But whether one is or is not a priest, i.e., whether a sacrament has or has not happened, is not alegalquestion. I am a priest (or not a priest) because Iam(or amnot)a priest, not because I have been “licensed” to be a priest. It’s not a question of authority but of identity.

So, as Father Hood’s story shows us, there are real consequences when celebrants have the arrogance of playing fast and loose with the integrity of the sacraments in order to make their polemical or “theological” points. The faithful have a right to the Church’s worship as the Church has established it, not as Father Tony or Father Bob deign in their graciousness to provide it.That’sclericalism – I am entitled to rewrite the liturgy —andsinful pride —because “I know better than the Church does.”

Hopefully, it’s also a lesson about respecting the sacraments —for the good of the faithful.