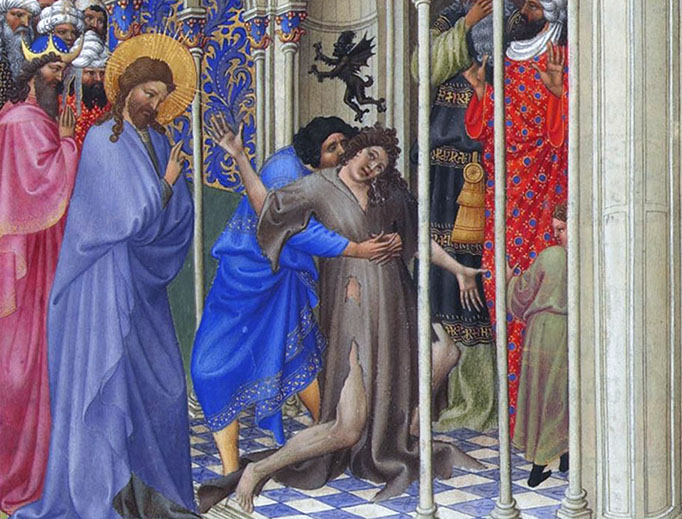 “What have you to do with us, Son of God? Have you come here to torment us before the appointed time?” (Matthew 8:29)

In my last article for the Register, I focused on the role of the Guardian Angels, particularly in the life and ministry of priests in this trying time in which we find ourselves. This reflection on the guardian angels led me to then reflect on the Lord Jesus and his encounters with the demons, those fallen angels, whom he encounters time and again in his earthly ministry.

Recall that the central message that Jesus came to bring is the proclamation of the Kingdom of God. He reveals this message of the Kingdom of God, as Vatican II’s Dogmatic Constitution on Divine Revelation, Dei Verbum, reminds us, in two ways: gestis verbisque, through words and deeds.

God’s Word is, most especially, most intimately, is his Incarnate Word — Jesus Christ, our Lord. It is Jesus who is himself God’s Word made flesh, for us and for our salvation. Jesus is the Word who was in the beginning, before all else, and through him, all things came into being, as the prologue from John’s Gospel reminds us. He is the creating, saving and redeeming Word.

Driving out demons is an action that the Lord performs in all of the Gospels. However, in a few accounts of this action, which is one of the key ways that the Lord Jesus uses to demonstrate the inbreaking of the Kingdom of God, we learn of an interesting detail: the demons know who he is. They, like Peter in his confession in Matthew 16, indicate clearly the identity of the Lord. “You are the Son of God.” And, although Luke’s Gospel, does not have St. Mark’s “Messianic Secret,” which basically means (and I write this in New York-ese: ) “Don’t say nothing about nothing to nobody until I tell you,” we clearly read that the Lord rebukes the demons also in Luke, not permitting them to speak.

The Lord does not allow the demons to announce who he is. Why does he do this? Perhaps it’s not only because his time has not yet come, but also because the Kingdom of God, both in biblical times and today, can only be announced by the gestis verbisque, the words and actions, of women and men who are striving to be Christ-like. Perhaps it’s because the Lord wants his knowledge of his Kingdom to be announced by those who seek to transform their lives to be like his own.

The demons have knowledge of the identity of Christ and it terrifies them. They know that the long reign of sin is ended and that the broken world will so soon be restored. They know the facts, but they don’t have the faith in the power of Christ that should come from that knowledge. These fallen angels, warped by pride, twisted by avarice, were angels. They have seen the face of God and still have chosen to turn away.

With this in mind, a question for our reflection: if the demons can recognize Jesus, why can’t we? Why can’t we see Jesus? Why are we blinded to his presence among us, refusing to recognize that he is powerfully standing in our midst?

Suffering from a kind of spiritual myopia, we need to have our vision corrected for us to see Christ. Yes, we need to have the fact-based knowledge of who Jesus is, but it can’t simply remain at this level. This knowledge that we have of Christ must compel us to see Christ in every situation and then, inspired by this new vision, we are called then to be Christ to each other.

Our perception is changed when we embrace Christ, when we go beyond merely acknowledging him as do the demons. Our spiritual perception needs to be tuned to go beyond merely “seeing” but to truly perceive Christ, in the thousand and one places he reveals himself each day to us? The Jesuit poet, Gerard Manley Hopkins, expressed this well in his poem, “As Kingfishers Catch Fire:”

Lovely in limbs, and lovely in eyes not his

To the Father through the features of men’s faces.

So, how can we make this move from mere acknowledgement of who Jesus is to adherence in faith to Christ and allowing him to change our lives? How can we best move beyond saying factually as the demons do “I know who you are” but truly striving to know who Christ is — the Holy One of God? In my next article, I’d like to discuss this further with some concrete spiritual tips!