MORE FROM EWTN
FAITH & RESOURCES
Welcome to EWTN GB - Global Catholic Television Network - Copyright ©
Trending News
HomeArticle‘I will die with them and for them’: Franciscan friar who survived Syrian War dies of COVID-19

‘I will die with them and for them’: Franciscan friar who survived Syrian War dies of COVID-19 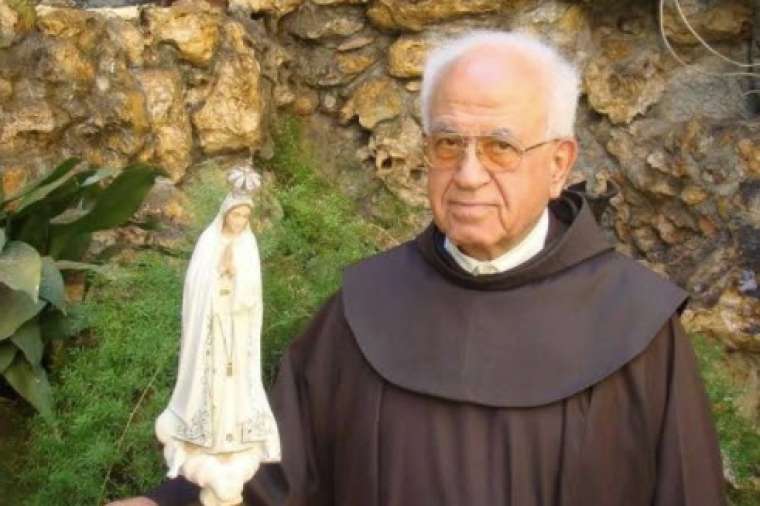 ‘I will die with them and for them’: Franciscan friar who survived Syrian War dies of COVID-19

When asked by his superior if he wanted to leave Aleppo during the Syrian Civil War, Fr. Edward Tamer replied that he would remain with the people “to die with them and for them.”

Now, having survived the worst of the violence of the war, the Franciscan friar has died of COVID-19 at the age of 83 in the service of the poor whom he desired to give his life for.

Tamer is one of two Franciscan priests in Syria to have died of the coronavirus within 10 days of each other in recent weeks. At least two other friars in Syria have also tested positive for the coronavirus.

Fr. Firas Hejazin (pictured below) also died of COVID-19, at the age of 49. Originally from Jordan, he contracted the coronavirus while serving at the St. Anthony Franciscan Monastery in Aleppo in August.Hewas then transferred to the Jordanian capital, Amman, where he died.

Fr. Firas Lufti, the Franciscan regional minister for Syria, Lebanon, and Jordan, knew both priests personally. He told CNA that the two friars were remembered fondly by the people of Aleppo for their joy in serving others.

“The testimony that they lived is really great,” Lufti said. “They came in hard times to share the suffering and the problematic and catastrophic situation in Aleppo.”

“Every time that people came to the St. Anthony Monastery they could find serenity and encouragement by their presence,” he told CNA.

Tamer was a Lebanese priest who spent the last 20 years of his life in Aleppo, including the entirety of the Syrian Civil War. He served in schools and translated theological texts into Arabic.

“Several times the superior asked him if he wanted to — because he was elderly — to go out of Syria,” Lufti remembered. He said that Tamer’s reply was always the same: “I am here for the people. I will die with them and for them.”

Tamer is remembered as someone who remained beside the people who were suffering, he said.

“Fr. Firas Hejazin was a young priest who came just one year ago. He was Jordanian and he was full of life,and had many projects and lots of energy,” Lufti said.

“He decided to come to Syria, especially in Aleppo … knowing that there are difficulties,” he said. “With his smile, with his simplicity, with his obedience as a friar, as a Franciscan of the Holy Land, he came and he wanted to do the best, to offer the best testimony.”

Lufti, who was in Syria Sept. 16, said that the difficulties and poverty faced by the Syrian people have been exacerbated by the coronavirus pandemic.

“The suffering of people is huge and requires immediately someone to help. Unfortunately the sanctions and the embargo from the beginning of the war damaged the situation. For example, the oil for the cars … there is no oil these days and you have to wait maybe 24 hours to have your turn,” he explained.

He said that many people were out of work and that he also heard reports of many cases ofmedical staff contracting COVID-19.

The two Franciscan priests were honored in private funerals due to the ongoing coronavirus outbreak in Aleppo. There have been only 3,654 cases of COVID-19 documented in Syria, but the United Nations has said that cases in Syria have been under-reported for months and daily deaths have risen since July.

“Their generous service and beautiful presence will remain in the heart and memory of all people of Aleppo,” Lufti said.