In August, watch this meteor shower named for a saint 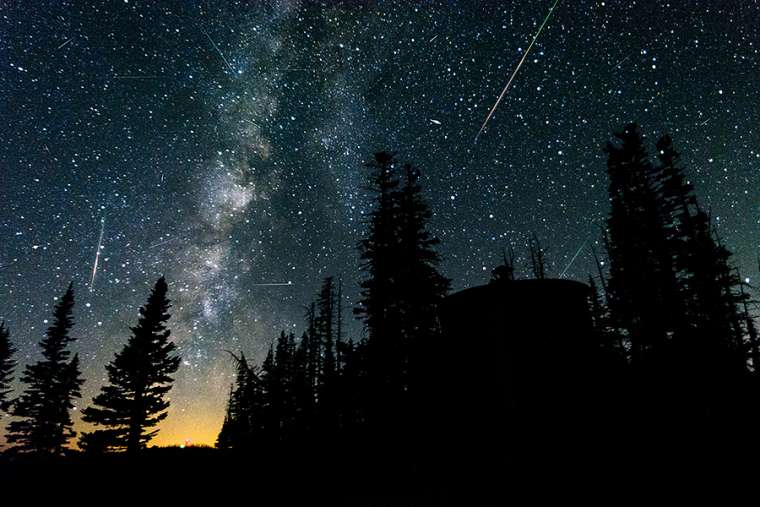 In August, watch this meteor shower named for a saint

Star-gazing might not be the first thing that comes to mind when Catholics think of St. Lawrence, the early Christian martyr who was cooked to death by the Romans on an outdoor grill.

But every August, Catholics have the chance to see a meteor shower named in his honor.

The Perseids meteor shower, also called the “tears of St. Lawrence,” is a meteor shower associated with the comet Swift-Tuttle, which drops dust and debris in Earth’s orbit on its 133-year trip around the Sun. (The comet poses no immediate threat to Earth, at least not for several thousand years.)

As Earth orbits the Sun, it hits pieces of left-behind debris from the comet, causing them to burn up in Earth’s atmosphere.

This creates a prolific meteor shower that can best be seen in the Northern Hemisphere from late July to early August, usually peaking around Aug. 10, the feast of St. Lawrence.

During its peak, the rate of meteors reaches 60 or more per hour.

The name “Perseids” comes from the constellation Perseus, named for a character in Greek mythology, and the radiant of the shower or the point from which it appears to originate.

The name “tears of St. Lawrence” came from the association with his feast day and from the legends that built up around the Saint after his death.

Saint Lawrence was martyred on Aug. 10, 258 during the persecution of the emperor Valerian along with many other members of the Roman clergy. He was the last of the seven deacons of Rome to die.

After the pope, Sixtus II, was martyred on Aug. 6, Lawrence became the principal authority of the Roman Church, having been the Church’s treasurer.

He was immediately sent to his death, being cooked alive on a gridiron. Legend has it that one of his last words was a joke about his method of execution, as he quipped to his killers: “Turn me over, I’m done on this side!”

Catholics began calling the meteors the “tears of St. Lawrence,” even though the celestial phenomenon pre-dates the saint.

Some Italian lore also holds that the fiery bits of debris seen during a meteor shower are representative of the coals that killed St. Lawrence.

Anyone in the Northern Hemisphere should be able to view the “tears of St. Lawrence” best on the nights of Aug. 11 and 12 this year. The meteors will shower from various points in the sky rather than from one particular direction.

For the best viewing, it is recommended to go to a rural area away from light pollution.