In letter to UN, US ‘categorically rejects’ right to abortion 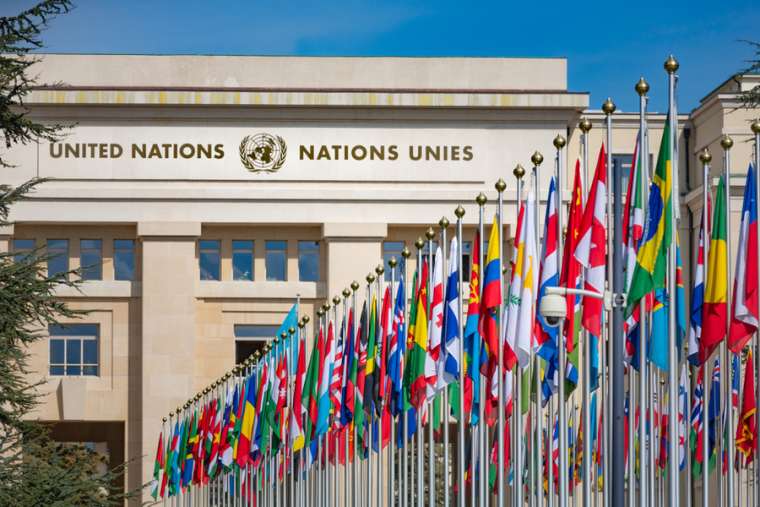 In letter to UN, US ‘categorically rejects’ right to abortion

The United States sent a strongly-worded letter to several UN committees in early August rejecting any implication that there is a right to abortion as “bizarre.”

The letterwas sent on August 11, 2020, to several United Nations offices including: the Working Group on Discrimination Against Women and Girls; the Special Rapporteur on the Right of Everyone to the Enjoyment of the Highest Attainable Standard of Physical and Mental Health; and the Special Rapporteur on Violence against Women, Its Causes and Consequences. It was published online on Aug. 25.

“We received your bizarre and inexplicable letter of May 22, 2020, regarding alleged undue ‘restrictions taken in the context of the COVID-19 pandemic impeding access to abortion services’ in the United States,” said Bremberg, referring tocriticismthe United States received after some states moved to restrict non-essential medical procedures to stop the spread of the coronavirus.

“As United Nations human rights mandate holders, you are undoubtedly aware that international human rights law does not recognize any ‘right to abortion,’” he wrote.

“The United States is disappointed by and categorically rejects this transparent attempt to take advantage of the COVID-19 pandemic to assert the existence of such a right. This is a perversion of the human rights system and the founding principles of the United Nations,” said the ambassador.

The letter noted that UN Secretary-General Antonio Guterres stated in a June 1 letter to the United States Agency for International Development that “the United Nations does not intervene in matters which are essentially within the domestic jurisdiction of any State. Thus, health care is provided with full respect to national laws. It does not promote, much less impose, abortion on anyone, nor is it intended to do so.”

The United States is “particularly disappointed that you have chosen to waste the limited time and resources of your mandates on such spurious allegations, rather than focusing your energies on areas where your attention is most appropriate and warranted,” said Bremberg in the August letter.

The letter cited the “actual human rights abuses” occurring in the Chinese province of Xinjiang as something that would be more appropriate for the committee to concern themselves with compared to U.S. abortion policies.

“Yet the United Nations system — including the Secretary-General, the Human Rights Council, and the Office of the High Commissioner for Human Rights — has been notably quiet on this topic, even as they find ample opportunity to opine on matters of American domestic political concern,” he wrote.

According to the letter, the United States and other states “increasingly see the UN’s human rights system as utterly broken,” due to its status as “self-appointed guardians to label certain policy preferences as ‘rights.’”

“At the same time, we see violations of human rights and fundamental freedoms on a massive scale that generate little or no comment by these same guardians,” said Bremberg.

On Monday, during a virtual townhall with women’s civil society organizations, Guterres was asked about what can be done to ensure that “critical rights”–referring to reproductive health care–would be protected during the pandemic.

“It is clear that we are witnessing a very strong attack,” on the terms of the Beijing Declaration said Guterres, in apparent reference to objections from the U.S. and other countries. The Beijing Declaration and Platform to Action is a 1995 document that “flagged 12 key areas where urgent action was needed to ensure greater equality and opportunities for women and men, girls and boys,” including reproductive health.

Guterressaid the UN was working to ensure “Governments do not take profit of the COVID-19 to undermine the rights of sexual and reproductive health,” and that such services will still be available.