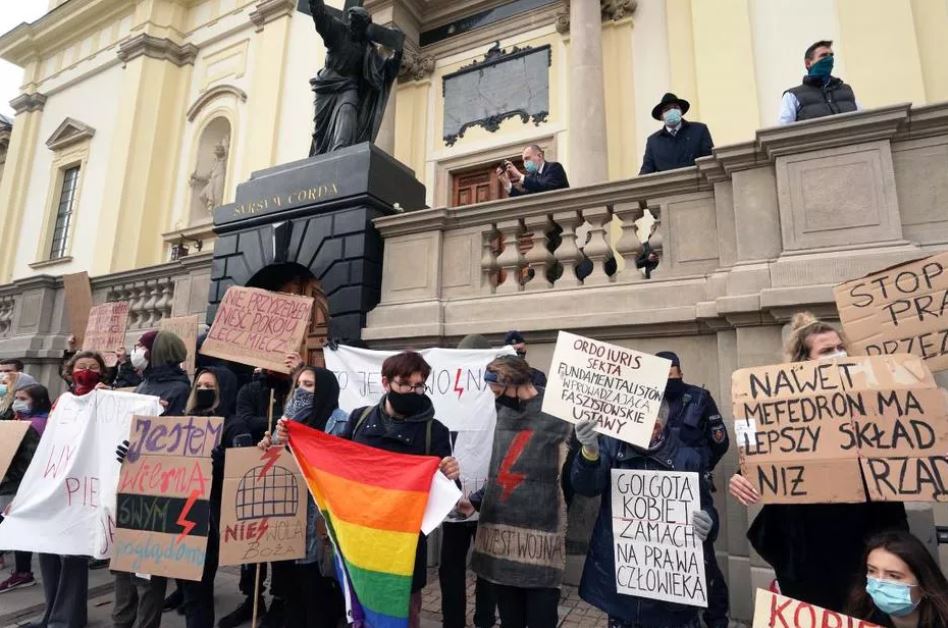 Poland’s Constitutional Tribunal has outraged the left in Europe with its Oct. 22 ruling.

The Polish Constitutional Tribunal ruled Thursday — the feast of Pope St. John Paul II — that killing babies in the womb on the pretext of “fetal defect or incurable illness” is unconstitutional. The judges ruled that the right to the protection of life is a fundamental human right enshrined in Poland’s Constitution.

The role of the legislator is therefore to protect the life of an unborn child, which is more important than its health and well-being. According to Polish law, abortion is still allowed in cases of rape and when a pregnancy threatens the mother’s life.

The tribunal ruled out abortions that are based on genetic mutations, such as Down syndrome, in prenatal tests. This decision is in line with the Ten Commandments, which is a universal law, and God’s law, which should constitute the basis of human laws. In antiquity, Jews and Christians were known for not abandoning or killing their own children. We are faithful to the teachings of Jesus and the standards of moral conduct that result from it. Jesus in Matthew 18:10 teaches: “Take care that you do not despise one of these little ones; for, I tell you, in heaven their angels continually see the face of my Father in heaven.”

The decision of the Constitutional Tribunal eliminating the patho-embryological premise of abortion has raised a lot of controversy in Poland. Poland already had one of the most restrictive abortion laws in the world, which was established on the basis of a social compromise in the 1990s. It allowed abortion as a result of a threat to the mother’s health, rape and damage or serious illness of the unborn child. The first two premises were maintained; only the third was questioned as unconstitutional. https://5be87008b9f51ad2ca65066bf68b5f25.safeframe.googlesyndication.com/safeframe/1-0-37/html/container.html

Statistics show that in 2017, out of about 1,200 abortions, about 1,000 were performed for patho-embryological or eugenic reasons. The mere suspicion of an unborn child being disabled led to pressure on the mother to abort her child. It could be done at virtually any stage of pregnancy. It has also been advised in situations that involve babies with Down syndrome. In the latter case, social awareness of the need to protect the lives of these children and respect for them is growing. After all, every March 21 we celebrate World Down Syndrome Day. In this respect, the ruling of the Constitutional Tribunal meets the social awareness and expectations.

It should be added that Pope Benedict and Pope Francis also radically emphasize their opposition to abortion. It is a barbaric law that contributes to the murder of millions of innocent children around the world. At the same time, Poland remains under pressure from the surrounding European countries, where the existing abortion laws are more liberal. The attitude of our authorities and society is treated as “uncivilized” and contrary to human rights, i.e. the rights of women and men to end the life of their unborn child. The issue of abortion is also treated as political and instrumentalized by attributing the ruling of the Constitutional Tribunal to the government and conservative Law and Justice Party. It is a distorted and harmful image. A group of about 100 parliamentarians from three political options and parties asked about the constitutionality of the abortion law. This issue should be separated from politics. We also see that there is a need for social education in this respect, greater presence in the mass media and reaching out to young people with reason.

We have a lot of work ahead of us to educate and convince others that killing an unwanted child is wrong. Just as you don’t kill the wounded, the weak and the elderly, you shouldn’t kill the most vulnerable, unborn children. The fight for their lives will not be easy, but we read it as a clash between the civilization of life and death — a clash in which a Christian has a duty to take the side of life.