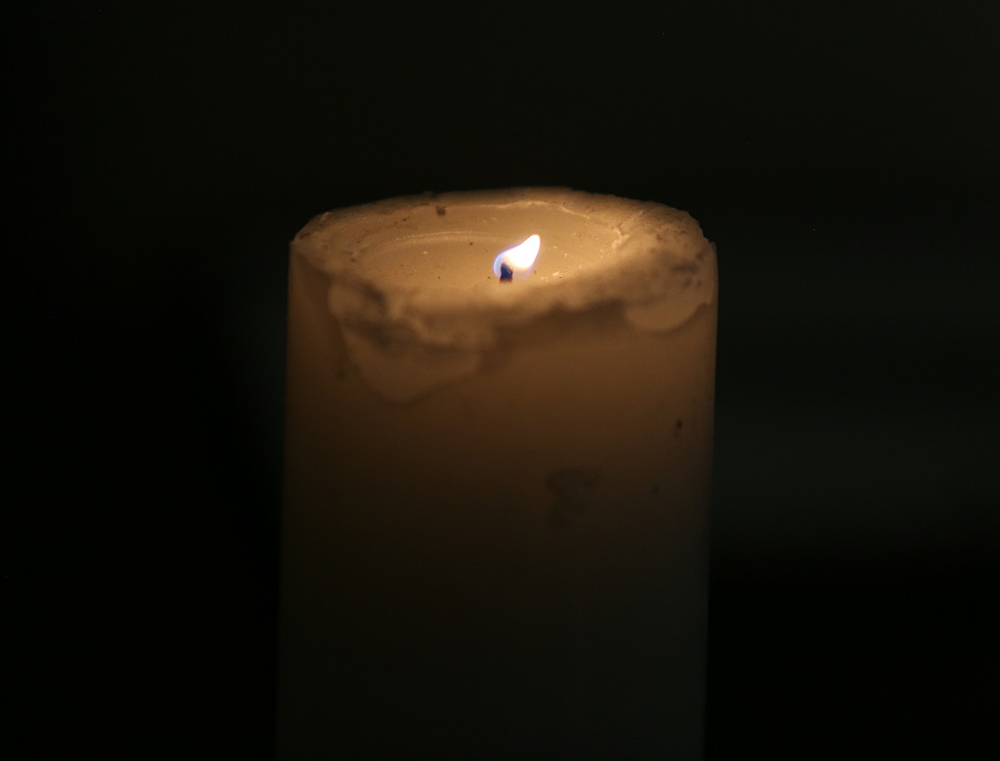 “Be worthy of the flame which consumes you! And if one must be consumed let it be like the Paschal-candle, flaming on its golden candelabrum in the midst of the choir for the glory of all the Church!” —Paul Claudel

Is there anything more thrilling to witness than the wedding of two wonderful young people? This is especially true when one of them happens to be your son. Leaving aside being born, getting married has got to be just about the biggest day of anyone’s life. And as for birth, well, isn’t that the basis for everything else, including marriage? In fact, it is the exact moment when God, to paraphrase the poet Sandburg, gives us his opinion that life should go on. Why else would one become a parent if not to mediate the miracle of new life? Not forgetting, of course, that the job of raising them for eternal life begins the moment you leave the hospital. But along that route, most children will decide to get married, thus inaugurating still another birth, and one which no parent would want to miss.

It is also important to show up, of course, if you’re expected to help pay for it. In our case, that included renting a rather large tent in the back yard in the middle of a global pandemic. Nice timing, right? Dr. Johnson, who is one of my heroes, used to say that nothing so concentrates the mind as the knowledge that one is to be hanged in a fortnight. That may be true of a hanging, but having to plan a wedding comes in a close second.

But in the end it was all so wonderfully worthwhile. Because marriage is the most extraordinary example of human engineering the world has ever known. It is the bridge two very disparate human beings build between themselves in order to get to the other side. Not leaving out the Holy Ghost, of course, without whom even the most carefully constructed bridge will collapse, catapulting the poor couple down into a very deep ditch. By inviting God to the wedding, however, they’ve got a fighting chance that this strange mechanism of marriage may actually succeed, despite the seeming design flaw of two impossible human beings, in their becoming one flesh. A miracle of sheer oxymoronic genius, let me tell you. When G.K. Chesterton first came to this country, he was told that divorce in America was allowed in cases of incompatibility. “Then they should all be divorced,” he replied. “Because men and women are, by definition, incompatible.”

Isn’t that really the whole point of getting married? That with the grace of God you may now work through the incompatibilities? It was Chesterton who also said that the reason why so many modern love songs are miserable, and that the effort to find true love so often ends in frustration, is because too often people resist going to the place where love inevitably wishes to take them. And where is that? TheAltar.

How many of us, living amid the fleshpots of postmodernity, have forgotten what an altar is for! It is nothing less than a place where something must die in order that something else may live. Where one human being freely gives himself, indeed, empties himself out entirely, for the sake of another. “Be worthy of the flame which consumes you!” declared Violaine, the young woman at the center of Paul Claudel’s magnificent play,The Tidings Brought to Mary. “And if one must be consumed let it be like the Paschal-candle, flaming on its golden candelabrum in the midst of the choir for the glory of all the Church!”

Holocaust is thus at the heart of marriage, it is what makes marriage so sacredly terrifying. Perhaps that is why more and more of us shrink from taking the plunge. It may be the easier way out, but to go there is to miss the centerpiece of the experience, bypassing the point where eternity touches time. “Except for the point,” writes T.S. Eliot, “the still point, there would be no dance, and there is only the dance.”

It is here that we confront the indissolubility of the sacrament; which means there is no turning back. Once embarked upon so exhilarating a course, it is too late to call a halt. But, then, that is what the language and the logic of love cannot help but insist upon. It is the moment when we burn all our ships, setting sail with another in the company of Christ. And exclaiming with Chesterton that while there may be “thrilling moments, doubtless, for the spectator, the amateur, and the aesthete… there is one thrill that is known only to the soldier who fights for his own flag, to the ascetic who starves himself for his own illumination, to the lover who makes finally his own choice. And it is this transfiguring self-discipline that makes the vow a fully sane thing…”

May all who marry be given the grace of a blest and fruitful life.