In Times Like These, We Need More Eucharistic Adoration, Not Less 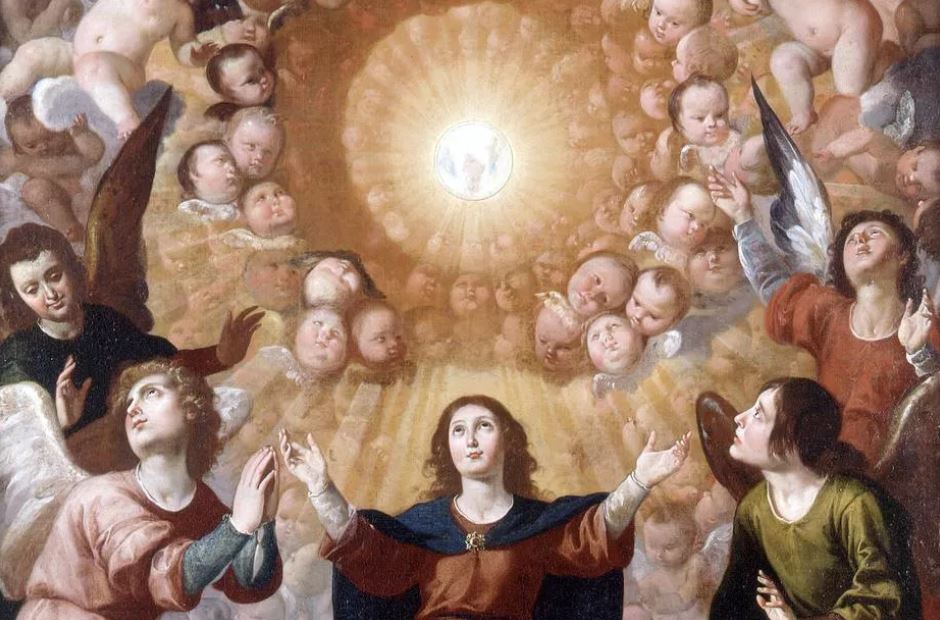 In Times Like These, We Need More Eucharistic Adoration, Not Less

COVID is a challenge to Catholicism’s sacramental theology — but it’s also an opportunity to promote traditional Eucharistic devotions.

The shutdown of Catholic liturgical life by the American bishops in the wake of COVID-19 remains unabated, if somewhat modified: while some churches have reopened, far fewer bishops have reinstated the Sunday Mass obligation and many pastors observe that attendance has not yet reached even pre-March 2020’s anemia. With traditional flu season upon us and local COVID-19 spikes, our current status quo might likely go on for a while.

Happily, this situation has encouraged some in the Church to act like good and faithful stewards who draw out from the storehouse things both old and new (Matthew 13:52). One example was the recovery of Acts of Spiritual Communion. When one is prevented from receiving the Eucharist, we should pray that Christ “come at least spiritually into my heart.”

(Sometimes, however, that recovery has been distorted. Spiritual Communion is a substitute for real Communion, not its equivalent. We pray that Jesus come “at least spiritually” into our hearts, recognizing that the Real Presence is the fullest experience of Christ in our hearts. I make this note against those who dematerialize the sacraments by turning them merely into “external signs” of spiritual encounter, with the former a helpful but ultimately optional extra.)

Another recovery from our spiritual tradition is Exposition and Adoration of the Blessed Sacrament. I recently received a note from a reader, commenting on how she was working to promote these devotions in her area. Let’s have more people doing that.

The practice of Exposition and Adoration, the introduction of parish Holy Hours, has been on the upswing in recent decades, even before COVID-19. That’s good, but we should also ask what led to their downswing? After all, once upon a time Exposition was a normal part of parish life and many dioceses had coordinated “Forty Hours Devotions” so that some parish somewhere in the diocese was observing it every week.

The decline of Exposition was a consequence of faulty theology pushed in seminaries in the 1970s and 1980s where overemphasis on the Eucharist as meal displaced all other understandings of the sacrament. This was often accompanied by efforts to “rethink” (i.e., downplay) the idea of how Jesus was Really Present in the sacrament.

Transubstantiation was replaced with pale substitutes like “transignification” (a change of meaning, just like sewing red, white and blue rags together suddenly means a “flag” – which remains but rags).

Another false substitute was “critical metaphysics” (e.g., where what the Eucharist is does not come from what it is but ultimately what it is intended to be used for). Like most of the post-Descartes abandonment of metaphysics, these efforts all replace reality as it objectively exists out there in the world by attempts to rebuild reality subjectively from inside my head. As Wojciech Chudy and George Weigel note, it shifts from “thinking about things” to “thinking about thinking,” which eventually turns into something so circular that a little puppy running after his tail in his teeth should is more serious.

Loud voices in the academic theological guild also cultivated a hostility toward the devotional life. In the name of emphasizing the Eucharist as the “source and summit of the Christian life,” pious devotions were sidelined, treated as somehow detracting from the Mass.

One example: novenas were commonplace in many parishes in the 1960s and 1970s. As a boy, I remember going with my mother to Holy Spirit Church in Perth Amboy, New Jersey, on Monday nights, where a Novena to the Miraculous Medal and St. Jude was joined to evening Mass, with one priest celebrating and another hearing confessions. Msgr. Kerr used to bring probably about 75-100 people to church on a Monday night, giving them regular sacramental access. His successor saw no need for this. It’s gone today — as is the parish, “renewed” by the diocese into nonexistence. Just how did the abandonment of that devotion bring people closer to the Mass?

Adoration suffered a similar fate in many places. Theologically superficial priests announced that “Jesus said, ‘take and eat,’ not ‘take and look.’” Happily, a new generation, more solicitous of spiritual traditions that have nourished Catholics for centuries, has recovered this practice.

Celebration of Mass is “the source and summit of the Christian life.” But sources are rarely in deserts and 10,000 foot summits rarely pop up out of nowhere in the middle of flatlands. Sources nourish more than themselves (as was the case where Monday night Mass also nourished a devotional life) and summits gradually ascend from highlands (e.g., people don’t appreciate the Eucharist unless they contemplate who it is – and contemplation best occurs in the presence of the contemplated).

To appreciate the Eucharist means to come to an understanding of its mystery, which involves thought, reflection, contemplation, and dialogue: cor ad cor loquitur (heart speaking to heart). That involves time (hence, a Holy Hour) and consistency (hence, a lifetime, since the mystery of the Eucharist, like that of God because God is there, is inexhaustible). It involves silence (an increasingly uncommon phenomenon, even in Mass, e.g., rushed post-Communions). Father Donald Haggerty’s book, Contemplative Enigmas, frequently discusses the locus for the greatest degree of genuinely contemplative prayer in the context of Eucharistic adoration.

In our COVID-19 environment, where celebration of the Mass remains uneven, Eucharistic Adoration provides a vital sacramental contact with God. It is not just a disembodied contact with a picture (as in TV or internet-streamed Masses) but the Real Presence really right in front of you.

There’s also a paradox here. Extended exposition provides opportunities for Catholics to encounter their Lord while observing social distancing: people can come at varying times to adore. It also reminds us of how empty our churches have become, which was once upon a time an impetus for Catholics to “make a Holy Hour” or “make a visit to church” (when churches used to be open and people stopped in for a moment of prayer) to console our “lonely Jesus.” Some liturgists might pooh-pooh this kind of language, but the fact is that traditional Catholic piety recognized God’s longing for us and our duty to try to assuage him who “thirsts” (John 19:28) for souls.

There is, of course, also a danger: with increasing degrees of anti-Catholic vandalism and even perhaps of diabolical assault, prolonged exposition of the Blessed Sacrament also risks potential desecration. When even a priest profanes an altar with sex acts, that risk is real. Our response should not be, however, to lock Jesus away in an armor-plated tabernacle and flee the Church, but to confront evil with Our Lord in the Blessed Sacrament.

Let us, then, encourage priests to be generous with making Holy Hours and Exposition available in parishes. Let us work toward recovering another traditional devotion: monthly nocturnal adoration from First Friday evenings to First Saturdays, which would also recover Catholic pious practices related to both days, practices that are Eucharistically centered, spiritually sound, and reclaim our churches (and neighborhoods). Let us recover Eucharistic processions and not necessarily within the confines of the four walls of the parish church: as this is November, the month of the Holy Souls, let us also remember that parish cemeteries are part of the “parish” and that a Eucharistic procession is appropriate there, too, especially at this time of year.

COVID is a challenge to Catholicism’s real space-and-time-grounded sacramental theology, including the Eucharist. It’s a challenge, but also an opportunity. Let’s use it.

Does the Virtue of Obedience Mean...

The Soccer Mom Who Became a Satani...