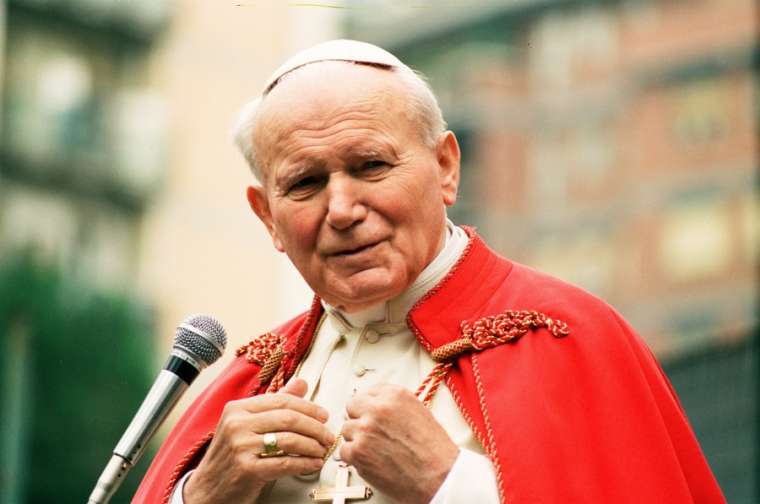 The rector of a Catholic university in Poland urged academics worldwide Monday to sign an appeal committing themselves to promoting the teachings of St. John Paul II.

Fr. Miros?aw Kalinowski, rector of the John Paul II Catholic University of Lublin, launched theappealOct. 12, as the centenary of the Polish pope’s birth is marked around the world.

The “International Appeal of Professors and Academic Teachers” emphasizes the urgency of introducing the thought of Karol Wojty?a, who took the name John Paul II when he was elected pope, to a new generation of students.

The appeal said: “The month of October is traditionally associated with the beginning of the academic year at our universities, and this year, October 16th marks the 42nd anniversary of the election of John Paul II, while 2020 marks the centennial anniversary of his birth.”

“This is a good opportunity to introduce once again Karol Wojty?a’s teaching in philosophy, culture, and sociology into our lecture programs, didactic classes, and scientific work; and we encourage you to do that.”

John Paul II, who served as pope for 26 years until 2005, was a prolific writer of poems, plays, and theological and philosophical works. He set out a “theology of the body” in his early general audience addresses and published 14 encyclicals.

Highlighting his 1998encyclical“Fides et Ratio,” on the relationship between faith and reason, the appeal said that John Paul II had “prophetically indicated” a fruitful path for higher education in the 21st century as a way of helping students to answer questions about life’s meaning.

It said: “This search for undeniable meaning is a challenge for our students today in the increasingly complicated reality that surrounds them. Technological development and the ever-more limitless possibilities of virtual communication accompanying it represent a great opportunity, but they also create unprecedented threats.”

“In the face of these facts, the Polish pope’s teaching and his attitude towards life can inspire young people to strive for truth and inner freedom. We encourage the academic lecturers to use modern media and new teaching methods to make St. John Paul II’s academic, artistic, and spiritual achievements known.”

The Catholic University of Lublin, known by its Polish initials, KUL, was founded by the Polish bishops in 1918. It was shut down during the Nazi occupation and many of its professors and students were executed.

In 1954, Karol Wojty?a began to lectureon ethics at the university. He was appointed to the Chair of Ethics in the university’s Department of Christian Philosophy, forming a link to the institutionthat lasted until his election as pope in 1978.

He visited KUL in June 1987, giving aspeechin which he said that academic institutions were called to “build up a community of people free in the truth.”

The text of the online appeal paid tribute to John Paul’s “courage and steadfastness in his pursuit of the truth.”

“In the already-mentioned encyclical ‘Fides et ratio’, we read that faith and reason are like two wings on which the human spirit rises to the contemplation of truth. Let us use this potential in our academic environments. May the teaching of St. John Paul II be an incentive for students to respond to challenges and to develop themselves,” it said.

New apostolic nuncio arrives in Be...