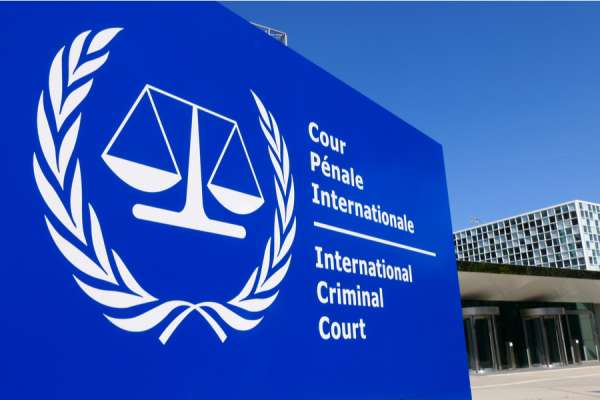 CNA Staff, Dec 15, 2020 / 05:00 pm (CNA).- The International Criminal Court has declined to investigate the Chinese government for their detention of ethnic and religious minorities, the organization announced on Monday. While declining to proceed with the allegations of human rights abuses, the court left the complaint open for the possibility of future action.

According to the court’s report, the Office of the Prosecutor of the International Criminal Court received allegations on July 6, 2020, that “Chinese officials are responsible for acts amounting to genocide and crimes against humanity committed against Uyghurs falling within the territorial jurisdiction of the Court on the basis that they occurred in part on the territories of Tajikistan and Cambodia, States Parties to the Rome Statute.”

China is not a state party to the Rome Statute of the International Criminal Court, a 1998 treaty which makes genocide, crimes against humanity, war crimes, and the crime of agression as international crimes. Tajikistan and Cambodia, however, are signatories of the Rome Statute.

Per the report, however, the International Criminal Court lacks jurisdiction in this case, “since the actus reus of each of the above-mentioned alleged crimes appears to have been committed solely by nationals of China within the territory of China, a State which is not a party to the Statute.”

The Chinese government admitted in October 2018 that “re-education camps” for members of the Uyghur population had been established. The camps were first spotted on satellite imagery in 2017.

The highest estimate sets the total number of inmates in the camps at 3 million, plus approximately half a million minor children in special boarding schools for “re-education” purposes. Survivors have reported indoctrination, forced abortions, beatings, forced labor, and torture in the camps.

While the International Criminal Court will not be investigating China, a lawyer representing the East Turkistan Government in Exile expressed optimism that additional evidence will show that the court has jurisdiction in the matter.

“The (Office of the Prosecutor) has in effect asked for more evidence if it is to be able to open an investigation,” said Rodney Dixon, QC, the lead barrister who submitted the complaint, said in a press release on Tuesday, December 15.

“The OTP says there is insufficient evidence now, but further evidence can be provided which can lead to an investigation being opened. The fact is that the file is not closed as we have submitted under Article 15(6) was acknowledged by the OTP, the purpose of which is to get an investigation opened which the Prosecutor will consider,” he said.

Dixon referred to this as “a very important moment” for the Uyghur people.

“The millions of Uyghur victims who are suffering terrible atrocities at the hand of the Chinese Government officials need justice and we are hopeful that the ICC will take up this investigation,” he said.

“We will be providing highly relevant evidence that will permit this to happen in the coming months. We are engaging with the Office of the Prosecutor as these proceedings go on with the aim of opening a full investigation.”

The repression of Uyghurs is part of a widespread effort by the Chinese government to “Sinicize” religion and culture across the country.

In October, a bipartisan group of U.S. senators introduced a resolution to declare China’s actions against the Uyghur population as a genocide, and express “the sense of the Senate that the atrocities perpetrated by the Government of the People’s Republic of China against Uyghurs, ethnic Kazakhs, Kyrgyz, and members of other Muslim minority groups in the Xinjiang Uyghur Autonomous Region constitutes genocide.”

The senators said that China’s actions violate the norms outlined in the 1948 United Nations Convention on the Prevention and Punishment of the Crime of Genocide, and called for an international response to China’s actions.

Hungary defines family as having a...