Into Great Silence with Saint Bruno the Carthusian 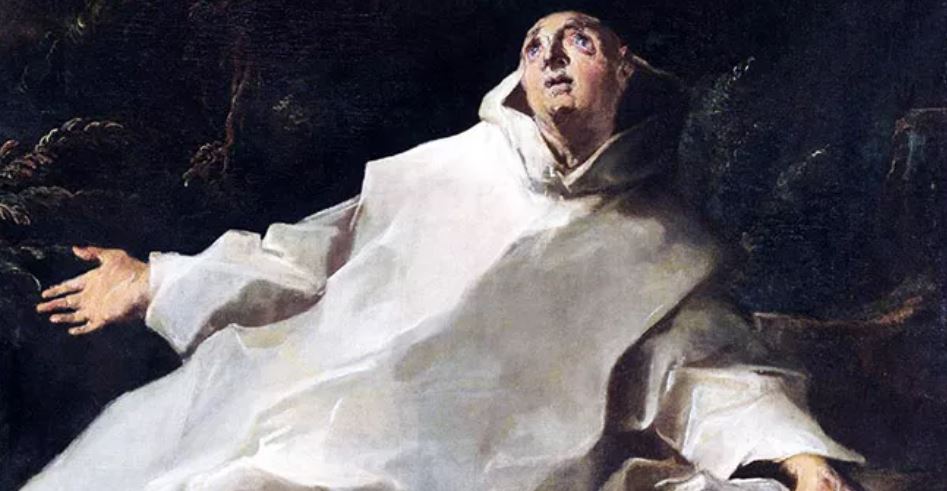 Into Great Silence with Saint Bruno the Carthusian

In the pantheon of Catholic religious orders—Carmelites, Claretians, Camoldolese, Cistercians, Capuchin and Conventual Franciscans, Clunaics, Canons Regular, Clerics Regular—the Carthusians stand out as one of the oldest most austere.

The Carthusians are, in fact, so far removed from “the world” that they don’t allow visitors, retreatants, or oblates. They work and pray, and pray and work on a two-level model: the choir monks pray as hermits nearly non-stop—all the liturgical hours as well as the Little Office of the Blessed Virgin Mary, daily Mass and the Rosary—while the lay monks keep the monastery (or “charterhouse”) humming by making it possible for their choir brothers to pray all day and night.

As their own literature reads: “Who is called to such a life as this?”

Still, there is the attraction of the unknown. In 2006 the Franco-German documentary“Into Great Silence”was released to much critical acclaim. It takes the viewer into La Grande Chartreuse, the motherhouse of the Carthusian Order located in the most remote area of France. And at almost three hours long, it gives the viewer a glimpse of the history of the place.

It’s a long history, and an unbroken history at that. The Carthusians are that rarest of breeds—a pre-Reformation religious order that has never splintered or undergone a major or even a minor revision. As the saying goes, the Carthusians were never re-formed because they were never de-formed.

However, that they were ever formed at all is remarkable. Bruno, born in Cologne about 1030, became a canon and then diocesan chancellor before realizing that he wanted just one thing: a life of perfect solitude and contemplation. There would be no half-measures, no going out into the world—not even for the Corporal Works of Mercy. Bruno wanted purity not only of life, but of prayer. In short, he wanted to imitate the earliest Fathers of the Desert.

It is here that the contemporary reader may fall into the trap of thinking that Bruno in particular, and monks and cloistered religious in general, are “running away from reality” or “flying the world”, but that’s not quite true. If anything, with all the distractions removed, the Carthusian runs smack INTO reality—and it’s a tough one. It’s a hermit’s life, blended with very occasional communal prayer (including Mass), along with once a month “family days”, when the monks talk to one another.

But why did Bruno do what he did?

Two reasons: First, Bruno, still at that time a canon and diocesan chancellor, was being hounded by a simoniacal archbishop, Manasses, whose life was an open scandal. Second, and perhaps apocryphally, Bruno had had a vision of his honored and deceased teacher, Canon Raymond Diocres, who, during the Office of the Dead, raised his head from his coffin and in a dreadful voice spoke sternly: “I have been justly arraigned before the judgment seat of God!” The corpse performed the same prodigy the next morning, and yet again a third time later that day, saying those awful words: “I have been justly condemned before the judgment seat of God!”

As the Irish like to say, “This may not be the truth, but this is how it happened”, and in the case of the formation of St. Bruno, the story makes a sort of retrojective sense. The canon, whose only known fault was a certain degree of clerical ambition, seemed to be speaking directly to Bruno—though according to the legend all present heard the dead man’s proclamation and eventually threw the corpse into a pit.

St. Bruno saw that even the least bit ofvanitywas not only detrimental to the soul, but enough to have one judged worthy of at least a good long while in purgatory, if not hell itself. Like most good saints, Bruno wanted to go straight to Heaven and decided the best way there was to become a monk.

He joined the Benedictines at Molesmes, but compromises had crept into the original version of Benedictine’sRule. Realizing his role here was untenable, he obtained leave from the Abbot in 1084, and along with six companions, sought out the most isolated and desolate place he could find in France. It was something of a cognate of the original Desert Fathers: The Chartreuse, a combination of intractable desert and mountains in the See of Grenoble.

The place was uninviting, uninhabited, and almost uninhabitable. The local ordinary, Bishop (later Saint) Hugh of Grenoble, knew he had a “super-monk” on his hands and blessed the undertaking.

Lest one think that Bruno was pulling this all off on his own, it should be noted that he’d made one life-long convert and friend in Landuin, one of the original six followers who would later become the second Prior. (After Bruno, Carthusians eschew the title of “Abbot” in favor of “Prior”.) The other figure of importance, from Bruno’s time as a canon and teacher in Cologne, was one Eudes de Chatillon, an outstanding scholar whom history knows better as Blessed Pope Urban II.

Of course, Bruno had shed his canonry, his benefices, his ties to the world of any sort—he was scrubbing not only sin off his skin but the very skin itself: he and his cohorts wore hairshirts and lived lives of almost indescribable deprivation. While they followed no written Ruleper se, the earliest Carthusians took Benedict’s Rule and stripped it to the very bare essentials. Their life was a perpetual Lent: no meat, nothing that could be considered extraneous, let alone extravagant. “Fish and cheese were indulged in during high festivals,” wrote a contemporary. Indeed it is said their only priceless possession was a silver chalice for the celebration of Holy Mass. And so Butler: “If their monastery was poor, their library at least was rich.” Silence was maintained at all times, save for the rare communal prayer—Matins and Vespers, and weekly Mass.

Weirdly, this obscure order started to grow, and in no time had doubled the number of original hearty souls who had bought into St. Bruno’s dream of a Christian desert in France.

However, in one of those truth-is-stranger-than-fiction moments that our Church is filled with, Blessed Pope Urban had heard of the great good work his former teacher, the saintly Bruno, was doing in Chartreuse and summoned him to Rome as a sort of personal advisor. (His exact role is unclear). Rome’s gain was certainly Chartreuses’s loss: indeed, it seemed impossible to imagine how this still nascent hermit-monastery could survive without its founder.

But it did. After some floundering—including a clutch of monks who physically followed Bruno to Rome, and whom he had to send back to France—Landuin took over, and Bruno, through his heartfelt and heartbroken letters encouraged, admonished and exhorted his beloved brethren from his cell in the former Diocletian baths. (He later got as far away as Calabria, but that was as far as Pope Urban was willing to let him go.)

The Carthusians were and are concerned with one thing: the imminent return of Jesus Christ and being prepared to welcome Him when He comes. This is not some far-off-and-far-away eschatological event for the Carthusian monk, but rather a sort of “I stand here at the very door and knock” moment. They fully expect Jesus to arrive NOW.

It is a quirky order, too. Their silence extends to writing and there are almost no Carthusian writers to speak of, which is odd for an order that made its way by copying manuscripts. Further, their humility forbids the formal canonization of their members, so while the Carthusian monks live lives of exacting sanctity, very few are actually “saints”. (Saint Bruno himself was grandfathered in by the Church about 500 years after he died in 1101.) Despite the fact that they drink nothing but milk, water and a very diluted wine, the Carthusians are famous for their liqueur, “Chartreuse” (of which they themselves do not imbibe, but ironically produce to support their ascetic lifestyle). And while the Grand Chartreuse had survived every sort of natural disaster (especially avalanches), the French Government itself evicted the monks in 1901—only to bring them back just in time for the German invasion of 1940! The Charterhouse itself was used as an Allied Forces Hospital, becoming exactly the opposite of what St. Bruno had wanted it to be: a place of pure contemplation.

Finally, there is the head-scratcher that is an epic three-hour documentary: 2006’sInto Great Silenceis either the best insight into the Carthusian daily life (and a kick-start for vocations) or the ultimate sell-out (it took the producers 18 years before obtaining permission to film inside La Grande Chartreuse). So after nearly 1,000 years of complete secrecy, anyone can now see inside the Motherhouse founded by St. Bruno himself.

Still, the Carthusians survive. What more can be said about an Order whose salient features are silence and solitude, and who await our Lord’s second coming in prayerful penance? St. Bruno can be proud of his achievement—but he would never be accused of pride.

Canonization Cause for Father Patr...