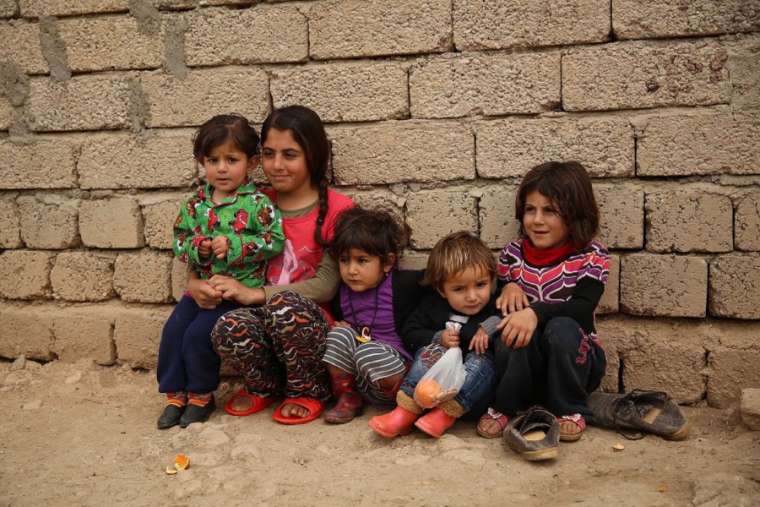 The number of people in need of help with basic necessities in Iraq, already in the millions, is expected to rise greatly in the wake of the coronavirus pandemic, according to a Catholic priest working in the country.

“The COVID-19 outbreak in Iraq and the mitigation measures imposed by public health and security authorities have had ramifications on almost all aspects of public and family life and disrupted the economy,” Fr. Joseph Cassar, S.J., said during a press conference May 15.

Cassar, who works for the Jesuit Refugee Service, spoke via video connection from Erbil, Iraq, during a Vatican press conference on Pope Francis’ message for the 2020 World Day of Migrants and Refugees.

He said that at the beginning of 2020 an estimated “4.1 million persons in Iraq were in need of humanitarian assistance,” out of a population of 38 million.

“This figure is set to rise sharply since already vulnerable households will increasingly be unable to meet even their most basic needs and are already resorting to negative coping strategies that will deplete their existing scarce resources and push them deeper into debt,” he stated.

Cassar explained that in Iraq one of the grave problems of the last several decades has been the displacement of people from their homes due to war.

The priest said he works regularly with people who were displaced in Iraq when the Islamic State took control of large parts of the country in 2014: “Almost six years later, there continue to be close to 1.4 million IDPs [internally displaced persons] in Iraq. That would be a sizable city, by any standard,” he noted.

Being displaced within their own country means these people are often overlooked, he said.

Cassar said “protracted displacement, coupled with limited prospects of return in the short-to-medium term, takes its toll on the lives of people. Among the young especially, the sense of ‘no future’ contributes to an increased incidence of suicide.”

Besides the need for financial support in Iraq, Cassar said “now is the time for a massive investment in peace. Beyond valuable statistics, bringing the ‘forgotten’ internally displaced persons to the forefront as people is now more timely than ever.”

Among IDPs, the recently returned, and host communities in Iraq, “the desire for peace could not be stronger,” he underlined.

Internally displaced persons were the topic of Pope Francis’ message for the World Day of Migrants and Refugees, which will be marked Sept. 27.

In his message, published May 15, the pope said the situation of internally displaced persons is an “often unseen tragedy that the global crisis caused by the COVID-19 pandemic has only exacerbated.”

“In fact,” he continued, “due to its virulence, severity and geographical extent, this crisis has impacted many other humanitarian emergencies that affect millions of people, which has relegated to the bottom of national political agendas those urgent international efforts essential to saving lives.”

Cardinal Michael Czerny, the head of the Vatican’s migrants and refugees office, said May 15 the tradition of the World Day of Migrants and Refugees goes back to 1915 and the upheaval following World War I, which included the Spanish flu outbreak.