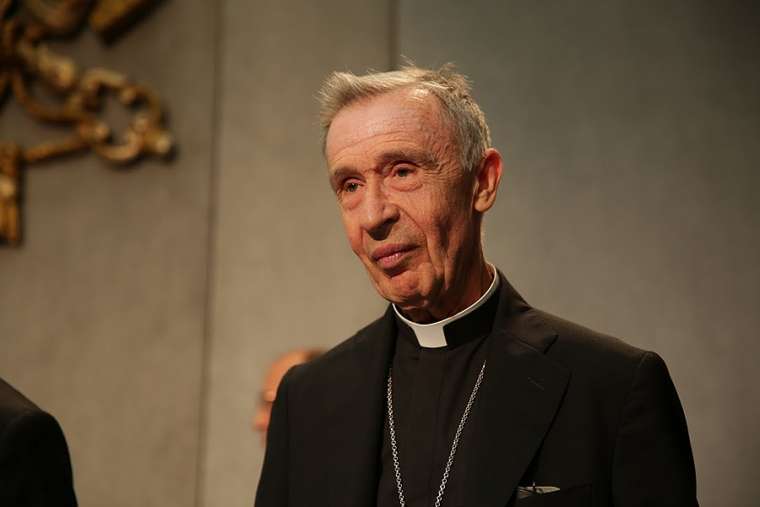 Fr. Tony Flannery, a Redemptorist priest from Ireland who was barred from public ministry by the Congregation for the Doctrine of the Faith, has declined to submit to four doctrinal propositions as a condition of returning to ministry.

“Fr Flannery should not return to public ministry prior to submitting a signed statement regarding his positions on homosexuality, civil unions between persons of the same sex, and the admission of women to the priesthood,” the CDF wrote to the Redemptorists,The Irish Times reported Sept. 16.

Fr. Flannery told the Irish daily, “I could not possibly sign those propositions.”

He was barred from public ministery in 2012 for his views on the nature of the sacramental priesthood and human sexuality. He had helped to found the Association of Catholic Priests, a group whose constitution places a special emphasis on “the primacy of the individual conscience” and “a redesigning of Ministry in the Church, in order to incorporate the gifts, wisdom and expertise of the entire faith community, male and female.”

Redemptorist leadership in Ireland had written to the order’s superior general, who in turn wrote to the CDF, seeking for Fr. Flannery to be allowed to minister again.

According to the Association of Catholic Priests, the CDF asked that Fr. Flannery, to return to ministry, sign a proposition that “according to the Tradition and the doctrine of the Church incorporated in the Canon Law (c. 1024), a baptized male alone receives sacred ordination validly.”

The priest was also asked to assent to the proposition that “The Marriage covenant, by which a man and a woman form with each other an intimate communion of life and love, has been founded and endowed with its own special laws by the Creator (CCC 1660). Other forms of union do not correspond to God’s plan for marriage and family. Therefore, they are not allowed by the Catholic Church.”

This proposition on marriage was supported by the Catechism of the Catholic Church and byAmoris laetitia, Pope Francis’ 2016 apostolic exhortation on love in the family.

Finally, Fr. Flannery was invited to submit to the proposition that “In so far as it contradicts the foundations of a genuine Christian anthropology, gender theory is not accepted by Catholic teaching,” supported by the Congregation for Catholic Education’s 2019 document “Male and female he created them”.

The priest told The Irish Times that he has long supported and emphasized “the necessity, of full equality for women, including ordination. How could I possibly sign that first proposition.”

He called the proposition regarding homosexual acts “appalling” and said, “I could not submit to it.” He noted that he voted in favor of same-sex marriage, and that “I don’t know enough about Gender Theory to have any strong views on it, and I don’t know where that one came from.”

We Are Church Ireland, a group that supports, among other things, women’s priestly ordination, said Sept. 17 that they “fully support and applaud Fr Tony Flannery’s decision not to sign the CDF document.”

They said the propositions of the congregation “are currently being widely discussed in the Catholic Church around the world, for example at the German Synodal Way.”

“We thought that under Pope Francis dialogue was being encouraged and that “silencing” would no longer be the tool of engagement,” the group stated.

In June 2018, Pope Francis sent a 28-page letter to German Catholics urging them to focus on evangelization in the face of a “growing erosion and deterioration of faith.”

“Every time an ecclesial community has tried to get out of its problems alone, relying solely on its own strengths, methods and intelligence, it has ended up multiplying and nurturing the evils it wanted to overcome,” he wrote.

Pope Francis said that participants in the “Synodal Way” faced a particular “temptation”, at the basis of which “is the belief that the best response to the many problems and shortcomings that exist, is to reorganize things, change them and ‘put them back together’ to bring order and make ecclesial life easier by adapting it to the current logic or that of a particular group.”