Is it the Star of Bethlehem? ‘Christmas Star’ Appears in the Sky Tonight – How to See It & Watch the Live Stream 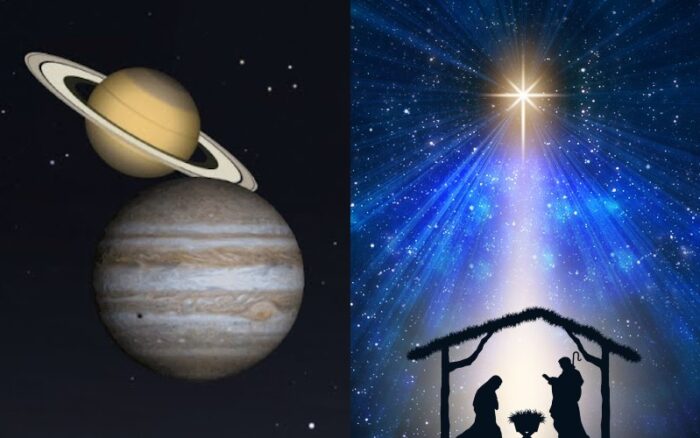 Is it the Star of Bethlehem? ‘Christmas Star’ Appears in the Sky Tonight – How to See It & Watch the Live Stream

Have you heard about this?

Saturn and Jupiter will align tonight in a “Great Conjunction.” This alignment occurs every 20 years, but the two will appear closer than they have in about 400 years.

According to a report in Catholic News Agency, the two planets will be so close together that they will appear to the naked eye as one bright star. Thus, nicknaming the light “The Christmas Star.”

However, Vatican astronomer and director of the Vatican Observatory Br. Guy Consolmagno, S.J., said “it is impossible to know for sure if it has any connection to the Star of Bethlehem.”

To see the star, the brother recommends “looking just after sunset for Jupiter, ‘the bright ‘star’ low to the west; nearby is a fainter ‘star,’ Saturn.”

He said the two planets “crept together” all throughout December, but “on Dec. 21, they’ll be so close together that your naked eye won’t be able to tell them apart.”

Br. Consolmango said some astronomers believe it may be the star the three wise men followed to find Jesus, according to the Gospel of Matthew.

“Is this really what the Star of Bethlehem was?” Consolmagno said. “No one knows for sure what the star was, and until we have a time machine where we can go back and interview Matthew with a video recorder, no one ever will know for sure!”

Watch a livestream of ‘The Great Conjunction’:

What are your thoughts about the alleged ‘Christmas Star’?

How one Croatian cardinal saved th...