It Is Impossible to Love Mary More Than Jesus Did 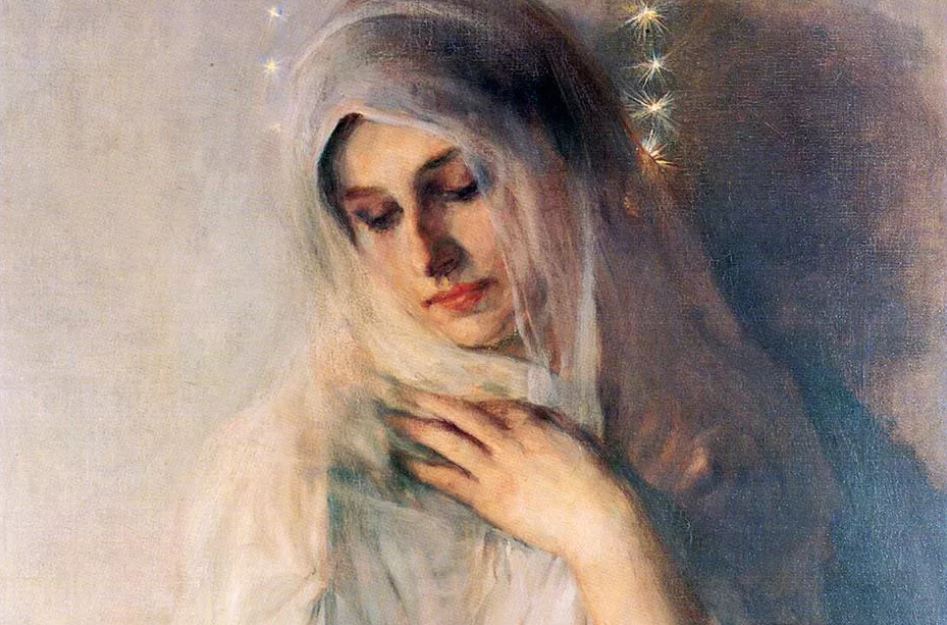 It Is Impossible to Love Mary More Than Jesus Did

“Men do not fear a powerful hostile army as the powers of hell fear the name and protection of Mary.” —St. Bonaventure

We can do no better than following Jesus. “Do whatever he tells you to do,” was the instruction that the Blessed Mother gave to the servants at the wedding at Cana, after she told her Son they had run out of wine.

It is noteworthy, as Catholics understand, that Mary leads us to Jesus just as she did with the servants. Running out of wine was not life or death, but our Mother in Heaven cares about the concerns of our lives and brings them to her Son. Jesus didn’t change water into wine because the wedding host asked, but because his mother did.

Jesus became flesh through her fiat — “Behold, the handmaid of the Lord; be it unto me according to thy word.” Perhaps just as there was once a What Would Jesus Do (WWJD) movement, there should also be one asking What Would Mary Do (WWMD)? We know that answer. She would — as she always does — lead us to Jesus.

The saints, our role models for heaven, showed us to trust Mary to guide us to Jesus. She knows the way. She knows her Son. “Never be afraid of loving the Blessed Virgin too much,” St. Maximilian Kolbe said. “You can never love her more than Jesus did.”

St. Josemaría Escrivá expressed a truth he lived. “Before, by yourself, you couldn’t. Now, you’ve turned to our Lady and with her, how easy!

Another favorite quote is from St. Louis Marie De Montfort, who wrote True Devotion to Mary, and instructed us in a 30-day consecration to entrust our lives to her care. “We never give more honor to Jesus than when we honor his mother, and we honor her simply and solely to honor him all the more perfectly.”

St. Teresa of Calcutta, our beloved Mother Teresa, instructed us: “If you ever feel distressed during your day, call upon our Lady. Just say this simple prayer: ‘Mary, Mother of Jesus, Please be a Mother to me now.’ I must admit: This prayer has never failed me.”

And one last favorite quote from St. Bonaventure: “Men do not fear a powerful hostile army as the powers of hell fear the name and protection of Mary.”

It was a lifetime devotion. “His schoolteacher noted that 16-year-old Wojtyła would write ‘To Jesus through Mary’ or ‘Jesus, Mary, and Joseph’ at the top of every page he submitted, “ Novecosky wrote. “His papal motto — Totus Tuus (Completely Yours) — expressed

his devotion to Jesus’ mother; it was based on Saint Louis-Marie Grignion de Montfort’s prayer of dedication to Mary. John Paul’s papal motto and papal coat of arms, which features a capital M for ‘Mary,’ both date back to his time as auxiliary bishop of Krakow.”

Novecosky explained that the writings of St. Louis De Montfort (1673-1716) influenced him to foster a devotion to the Blessed Mother. “I then realized that I could not exclude the Mother of the Lord from my life without disregarding the will of God-the-Trinity, who wanted to ‘begin and complete’ the great mysteries of salvation history with the responsible and faithful collaboration of the humble Handmaid of Nazareth,” he told the Eighth International Mariological Colloquium in 2000.

John Paul wrote and taught extensively on Our Lady, according to Novecosky.

“The Blessed Mother ‘has been given to us as a model in our pilgrimage of faith,’ he said during his first visit to the United States. ‘From Mary we learn to surrender to God’s will in all

He noted that Pope John Paul II believed that Mary played a role in saving his life during the 1981 assassination attempt: “One hand pulled the trigger, and another guided the bullet.” That bullet is now welded into the crown of the statue of Mary in Fatima.

It is fitting that he was inaugurated as pope on Oct. 22, now his feast day, and a month dedicated to Mary as the Month of the Holy Rosary. We can all change the world, not as Pope John Paul II did but in whatever ways — big and small — that God calls us to. Even our prayers have the power to make a difference in the world. By asking Our Blessed Mother to pray for us and lead us to her Son, we will maximize our spiritual potential and can do no better.
Share With:
Previous Article

Chronicling C.S. Lewis: On the Set of the Latest Lewis-Inspired Film