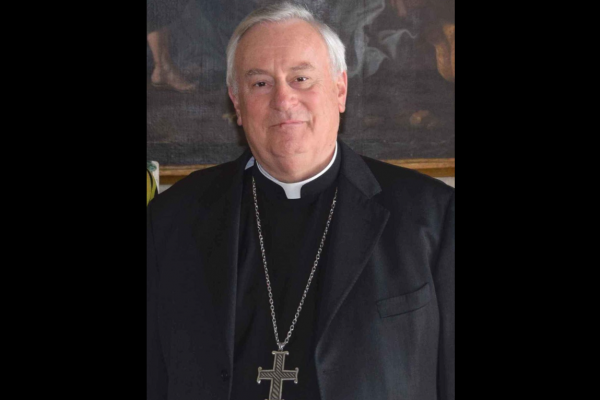 Bassetti, the archbishop of Perugia-Città della Pieve, is 78 years old. His condition is being closely monitored, according to a statement released by the bishops’ conference Oct. 28.

“The cardinal lives this moment with faith, hope, and courage,” the bishops’ conference said, noting that those who had been in contact with the cardinal were being tested.

Bassetti is the fourth cardinal to test positive for the coronavirus this year. In September, Cardinal Luis Antonio Tagle, the head of the Vatican’s evangelization congregation, tested positive for COVID-19 while traveling to the Philippines. The Archdiocese of Manila announced that Tagle had recovered on Sept. 23.

Cardinal Philippe Ouedraogo of Burkina Faso and Cardinal Angelo De Donatis, vicar general of the Diocese of Rome, both tested positive and recovered from COVID-19 in March.

Europe is currently experiencing a second wave of coronavirus cases which has led France to reimpose a nationwide lockdown and Germany to close all bars and restaurants for a month.

Italy has documented 156,215 new cases within the past week, according to the Ministry of Health. On Oct. 25, the Italian government imposed new restrictions requiring all restaurants and bars to close at 6 p.m., while closing all gyms, theaters, cinemas, and concert halls.

Vatican City has also been affected, with 13 Swiss Guards testing positive for COVID-19 in October. A resident of Casa Santa Marta, the Vatican hotel where Pope Francis lives, tested positive for the coronavirus on Oct. 17 and was placed in isolation.

Italy was one of Europe’s worst-hit countries during the first wave of the coronavirus. More than 689,766 people have tested positive for COVID-19 and 37,905 have died in Italy as of Oct. 28.

The Italian health ministry said Wednesday that the country had recorded 24,991 new cases over 24 hours — a new daily record. Some 276,457 people are currently confirmed positive with the virus in Italy, with 27,946 of those in the Lazio region, which includes Rome.