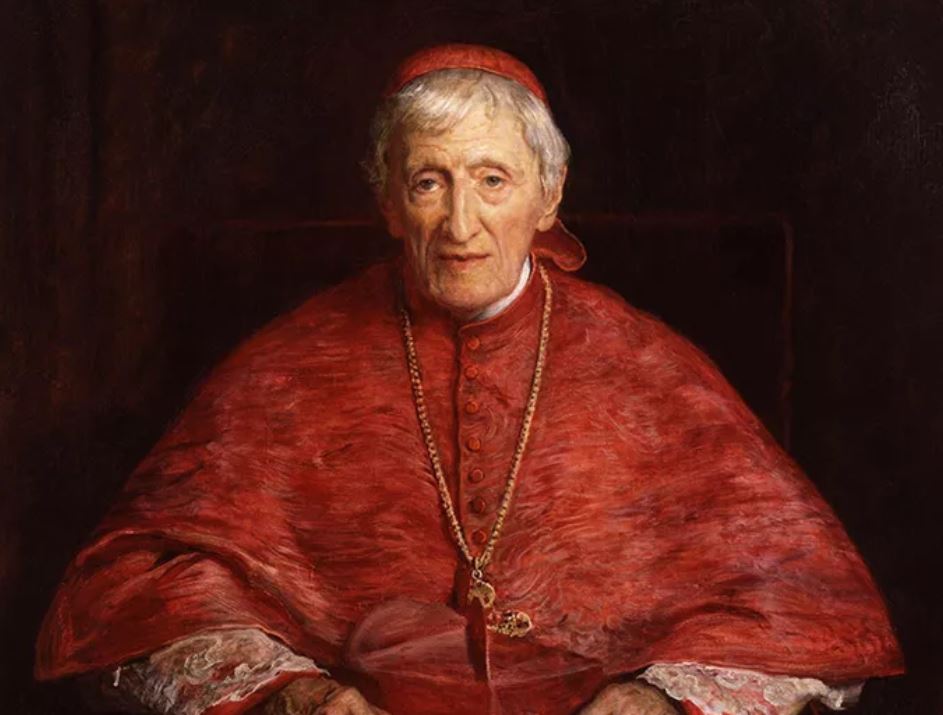 In its essence, Newman argued, education is about cultivating the mind.

Here is an important saint for our times — and with a special love for students! Any student or parent seeking intercession would do well to pray to St. John Henry Newman (1801-1890), who was canonized last year and is celebrated on his feast day, Oct. 9.

Newman has had such a big impact on my life, and so I speak about him from the heart. I discovered him only after graduating from college and wish I had his example much earlier. Across nearly 30 years of promoting faithful Catholic education, I have looked to Newman as a patron because of his lifelong devotion to teaching and his important writings on education. Newman has also been important to my family; my wife and children joined me at both his beatification in England and his canonization in Rome.

Newman’s writings are voluminous, and the average Catholic will probably find his theological and philosophical works abstract and difficult to comprehend. But his prayers, sermons and poetry are eloquent and inspirational. They invite the reader to share in his passion and fervent devotion to Jesus Christ, especially in the Eucharist, and to Mary. Students will also find abundant hope in Newman’s unwavering trust in Providence.

St. John Henry can be a valuable spiritual guide to students determined to deepen their relationship with God despite the toxic campus environment at most colleges. At faithful Catholic colleges, Newman’s vision for Catholic education will resonate across the curriculum and campus life. The wisdom of his sermons can help set young adults on the narrow path to heaven.

Newman is perhaps best known in the United States as patron of the “Newman Centers” at secular colleges, which are patterned after the student organization at Oxford University, England, that was founded in Newman’s honor. Today, campus ministries across the U.S. often pray to Newman, although Americans often confuse him with St. John Neumann of Philadelphia, also a champion of education and founder of Catholic parochial schools.

Both saints, in fact, were critical of secular education, and after his conversion from Anglicanism in 1845, St. John Henry focused his efforts on Catholic formation. He was founding rector of a Catholic university in Dublin, where he delivered the lectures that were later compiled into hisIdea of a University— one of the most important and influential works on higher education ever written. He spent the remainder of his life as founding leader of the Oratory School, a reputable boarding school for Catholic students who were barred from attending England’s other top schools.

Every high-school senior and college freshman should readIdea of a University, a persuasive defense of liberal education for its own sake — not simply for the utilitarian objective of securing a first job. Some have tried to box Newman into the liberal arts, which he wholly embraced, but Newman was less concerned about which academic disciplines a student pursued and more interested in cultivating “philosophical” thinking across education. By this, he meant the skills and experience of “ascending” above knowledge, contemplating how it relates to other knowledge and coming to a larger view of reality — ultimately rising all the way to the Creator, if not for the imperfections of human reasoning and virtue.

In its essence, Newman argued, education is about cultivating the mind — not moral or religious formation. But herein lies the great danger of secular education, as we see so often in today’s universities: The scholar becomes prideful, enamored by the accomplishments of science and creativity, making a “religion” of human reason and ignoring the truth of God. A student comes to school or college with the intellect, conscience and appetites all “warring in his breast,” warns Newman; likewise, education quickly falls prey to the disintegration of reality that began with the first sin. Without the Church to provide true moral formation, and without the grace of God found in the sacraments and in prayer, secular education loses its “integrity” and becomes distorted and even dangerous.

Moreover, Newman famously argued, the knowledge of God is the most important discipline of study, because it is foundational to every other art and science. A secular education is incomplete because it rejects theology. It can distort rather than form the student to be fully human.

St. John Henry would then advise Catholic high-school students today to seek a truly Catholic education that is focused not purely on job training but on cultivating the mind. But Newman’s insights are valuable even for a student who attends a secular college. Every student needs sound moral formation, frequent prayer and the sacraments. If a student lacks teaching that integrates the Catholic faith into every course of study, then additional reading and lectures that supplement regular coursework are necessary to gain some portion of the authentic education that Newman proposed.

Newman was a great intellect, and his greatness was rooted in fervent prayer and meditation. Students would flock to hear his sermons at Oxford, in Dublin and at his oratory in Birmingham. He loved his books but was also known as a loving pastor, as indicated by his episcopal motto, “Heart speaks to heart.”

Newman’s personality and devotion come through clearly in his many prayers, sermons, poetry and even his letters, which he carefully preserved by handwriting a copy before sending them off.

Students will benefit from a few minutes or a few hours of reading Newman, perhaps in the evening or at Eucharistic adoration. (Newman himself wrote many of his works in front of the Eucharist.) The National Institute for Newman Studies in Pittsburgh, in partnership with the Birmingham Oratory in England, has generously provided many of Newman’s key writings free of charge atNewmanReader.org. You might begin with selections fromSermons Preached on Various Occasions,Meditations and DevotionsandVerses on Various Occasions— but every Newman-phile has a different recommendation.

Students will be moved by Newman’s tender love for the Holy Mother and his sense of divine Providence working throughout his life. Newman was certain that “God has created me to do Him some definite service,” and that if he would only commit to do good, God would make him “a preacher of truth in my own place.” (Those lines are from a Newman meditation that I prayed with my children when they were younger; it’s probably even more appropriate for a teenager or young adult looking to the future.)

Another of Newman’s works — his most famous poem,Lead, Kindly Light— should resonate with students who are striving for God’s wisdom and calling amid the fog of contemporary American life. Do a student a favor: Share just a few lines and bring him or her into a lifelong friendship with one of the Church’s greatest inspirations.

Lead Thou me on;

The night is dark, and I am far from home, Lead Thou me on.

Keep Thou my feet; I do not ask to see the distant scene;

one step enough for me.

… O’er moor and fen, o’er crag and torrent, till

The night is gone;

And with the morn those angel faces smile,

Which I have loved long since, and lost awhile.